"Yu-Gi-Oh!: The Dark Side of Dimensions" Review


Yu-Gi-Oh! is officially celebrating its 20th anniversary.  I feel old.  I have been with this franchise pretty much since it first arrived on US shores.  My first major website was a dub comparison webpage called ‘Yu-Gi-Oh! Uncensored,’ in which I compared the differences between the English and Japanese versions of the TV show.  I have every book that was published in English (in the main series, of course) and I admit this has long been a guilty pleasure.  But geez, I was thirteen years old when I first got into this thing.  Now I am in my thirties!  Can this possibly still be entertaining when I’m old enough to bring my own kids to these movies?  I asked these questions as I got my ticket, was handed one of four exclusive trading cards, and sat down in a theater where parents were clearly wondering why I was there. 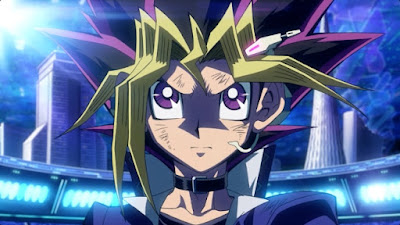 The lights dimmed, the screen lit up, and before I knew it it was time to duel once more.  Watching “Yu-Gi-Oh!: The Dark Side of Dimensions” almost felt like a growth trial than an actual movie.  I laughed at how silly it was.  I shook my head at the absurdity of the whole affair.  I laughed some more and gave parents a look that dared them to laugh with me.  The series is unquestionably silly and there is a part of me that makes me feel guilty for having made fun of my brother for loving Power Rangers all those years ago.  Yet there was a kid inside me – a very loud, obnoxious kid – who secretly cheered when monsters came up to fight each other.  Who looked at the Egyptian lore as fascinating.  I admit to being impressed that the film makers managed to take this story and make it just a little over two hours and avoid filling it with all-to-wall card battles. 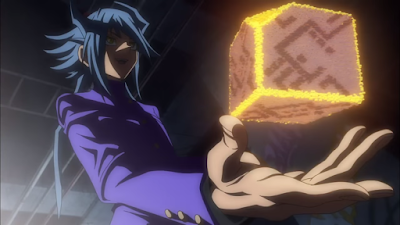 Most of the story actually revolves around kids who inherited the powers of the Millennium Items, and will do what they must to keep that power.  So long as the Atom the Pharaoh doesn’t come back, they will keep them.  Sadly for them, dependable villain Seto Kaiba wants to piece together the Millennium Puzzle and revive Atom once more so that they may duel with cards once more.  Kaiba is hilarious in that I find it funny how much like Lex Luther he is; he owns a multi-million (potentially billion) dollar company, and spends a vast majority of his fortune finding new ways to play a children’s card game that I’m not even sure he owns the rights to.  Well, I suppose even evil millionaires who are bent on revenge must have their hobbies, right?  As for the rest of the gang, they would normally be preoccupied with graduating high school if this whole ‘spirits from other dimensions’ thing didn’t pop up. 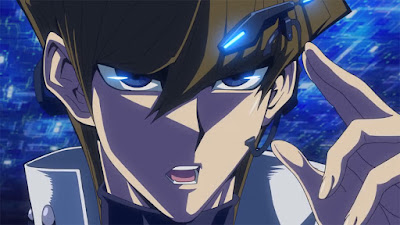 They give their usual speeches about the importance of friendship and trusting in the heart of the cards, but I, personally, have myself growing too old for such lessons (and it doesn’t help when real life friends disappoint you to such an extent you question such a philosophy).  I can’t say they grow much, but there is a sense that this is the final time we’ll be seeing these characters together, which makes it bittersweet for a long-time fan.  What does leave a strong impression are the monsters, the visuals, and the action scenes.  Dumb as all this is, it’s clear the creators are having a blast animating all of this.  I was amazed at how fluid the animation for the movie was, and how much thought continues to go into poses and epic stances for situations that don’t require nearly as much dramatization or effort that is being put forth. 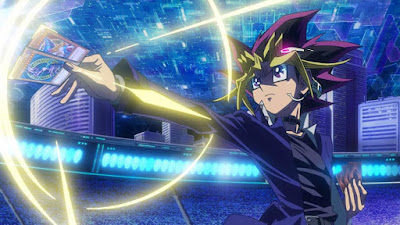 Will new comers appreciate this?  They might find something to admire about the effort, but I expected a befuddled response from most.  Fans who have stuck with the franchise this long are sure to have a blast because it does everything that they’ve come to expect from the franchise perfectly and with much better animation.  Finally, you have me, the grown up who used to be one of the series biggest fans.  Now a full-time film critic who also writes reviews for “Moonlight” and “Manchester by the Sea,” I understand that a passing grade for “Yu-Gi-Oh!: The Dark Side of Dimensions” must look awfully silly in the grand scheme of things.  It is, and so is the movie.  It’s one of those experiences that defies all logic.  I wouldn’t exactly recommend it to non-fans, but I think the established order will find much to cheer for.