skip to main | skip to sidebar
Home » Editorial » Can a Fanboy be a Film Critic?

Can a Fanboy be a Film Critic? 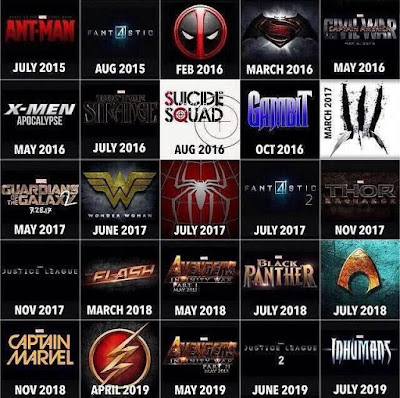 I write this with some hesitation because I know some fellow critics I admire are likely going to read this and potentially take this the wrong way.  I've gotten into some debates some who get excited about superhero movies, cheer when a reboot is announced, and eagerly await sequels to movies they really like.  I'm not saying there's anything inherently wrong with this.  But, well... I think it's a conflict of interest.  Really, the more I see it happening, the more I'm thinking if you are either a fanboy or get excited about nostalgia to a great extent, I'm not sure if you can be a great film critic.  In fact...I'm not even sure you can be a very good film critic.

See, I told you this was going to be a touchy subject.

I came to this idea because I'm reading a critics blog (which I would normally link to because I want to recommend good writing... but I'm going to abstain this time because it might be taken the wrong way in this case) where the owner is clearly a geek.  There's nothing wrong with this.  I'm a bit of a geek myself, and really, anyone who dedicates their life to writing about any form of entertainment are nerds on some level.  However, I believe there is a difference between being a film nerd and a comic book/science fiction/fantasy nerd, and I find the line is being blurred more and more these days.  The main reason is because Hollywood is in a funk of creativity.  While quality wise many of the movies that are coming out are still largely good, every month we are getting multiple superhero movies, reboots, and sequels.  Expanded universes are so profitable that Sony is doing a crossover between "Men in Black" and "21 Jump Street" because... they both have big audiences?

Really, it's kind of hard to figure out why studios are making the movies they are making outside of brand recognition.  From their perspective this is just business though.  They have stock holders to appease and don't give a flying rat's crap about "art." Yeah we'll get a "Mad Max: Fury Road" and "The Dark Knight" every ten years or so, but largely these brand movies are just that: brands.  They are names that hit a chord with audiences at one point in time and now coast on those old feelings to carry them for years on end.  Critics have no loyalty to brands.  They are supposed to be about the art of movies.  They are supposed to be about campaigning new and innovative ways of storytelling, not just the same old stuff.  They are supposed to be skeptical of anything that is coming out as opposed to getting excited for something because they just know this is going to be the best movie EVER!!!

And I'm not saying you can't be excited for "Star Wars Episode VIII." What I AM saying is that you can't do this job and spend two years anticipating and hyping yourself up for the movie because you need to be more professional than that.  Besides, if you're doing this for a living (or want to), you have too many movies to watch to get too excited about anything.  Alright, so this all sounds pretty basic right?  It even sounds logical?  However I'm writing this because I don't see this form of separation between church and state that I should see.  In fact, what inspired me to write this is a conversation on this critics Facebook page where he was excited about the upcoming directors cut of "Batman v Superman: Dawn of Justice." He was excited because it was going to be 181 minutes long!  Here's the thing: he didn't like the movie in theaters.  When I reminded him that Zach Snyder isn't a director whose movies have proven to be better when they were longer he agreed with me.

Yet he believes the longer length will help focus the movie more.  First of all, I want to point out that Peter Jackson has done extended editions for three Hobbit movies and three 'Lord of the Rings' movies, and of the six, only "The Lord of the Rings: Return of the King" actually benefited from a story perspective by being longer.  "Gladiator" wasn't any better for having an extended cut nor was "Spider-Man 2." I want to point out that all these movies had directors who are MUCH better than Zach Snyder!  So why the faith in the extended cut for "Batman v Superman: Dawn of Justice?" Easy: this is a brand the critic loves.  He loves these characters so much he wants to believe this movie can be saved so badly it hurts.  He wants the extended universe for DC Comics to work.  Even if this extended cut isn't an improvement (and in all fairness it very well could be an improvement [Editor's Note: It ultimately wasn't.]) by the time the product comes out he might be blind to the faults.

Why?  Because before the movie has even come out he's drunken the Kool Aid.  Now, I want to stress (on the off chance he's reading this) that he's NOT the only one who does this!  I've seen another critic I enjoy try to defend this very same movie by arguing that the experience will be better if audiences spoiled the film and read in advance what all the Easter eggs were.  His logic is that by spoiling the movie and finding out what certain scenes mean in advance, you can better enjoy the movie because you'll get what is happened and why that will be important later on down the road.  But shouldn't movies make that clear without using the source material as a crux?  Why should the audiences have to do all the work to enjoy something?  Moving onto another movie altogether, I read a film critic who a few years ago listed "The Muppets" as the best film of the year.  As much as I enjoyed that movie, in no possible universe is "The Muppets" the best film of the year when that same year brings us movies like "Hugo" and "The Girl with the Dragon Tattoo" (or my pick for the best film of the year, "The Tree of Life"...though I acknowledge that is a polarizing film).

What all three of these situations have in common is that all these critics are mixing their childhood loves for franchises with journalistic integrity and that is a very slippery slope to be on.  Critics should be pushing for better film making.  They should be pushing for bold film making.  They should be talking up independent movies that struggle to find audiences without them.  If there is a sequel, they should be pushing for the sequel to move everything forward not get stuck in an endless loop.  Yet more and more I see critics talking up franchises and the Marvel Cinematic Universe, speaking as if more of the same is actually a GOOD direction for this art form to take, the more it bothers me!  Look, I enjoyed "Iron Man 3" as much as the next guy, but these movies are mass market products in and of themselves already.  They don't need critics to get people to see them.  And unless they are of unusual great quality like "The Dark Knight" and "Spider-Man 2," I feel it is irresponsible for franchise films and anticipation of those franchise films to be the focus of your career.

As far as I'm concerned this is a conflict of interest and it needs to be called out so that a stop can be put to it.  In fact - dare I say it - if you spend most of your time thinking about expanded universes and how cool it's going to be for Spider-Man to join the Marvel Cinematic Universe, I feel you don't have any right to call yourself a film critic in the first place.  "Jurassic World" and "Minions" may be a fun movies, but they are not a great movies by any stretch of the imagination, and your opinion is cheapened when you list a movie like that as the best film of last year (and that's just a couple random examples I thought of, don't e-mail me if you picked one of them as the best film of the year because... oh, who am I kidding; no one in their right mind would pick one of those as the best film of the year anyway).
Tweet