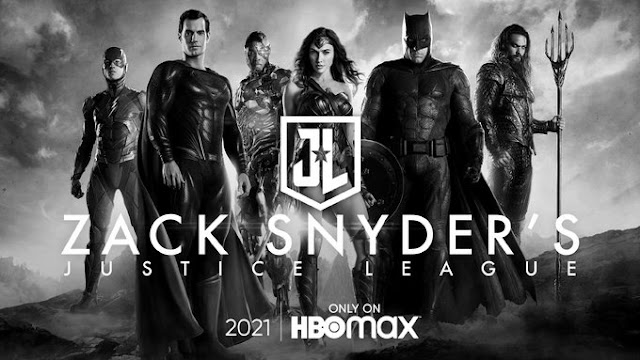 That's what virtually every DC fan out there is screaming to sky, praising whatever God they worship, and kissing their promotional flyer on HBO Max!  After years of saying no to releasing the mystical 'Snyder Cut' of "Justice League" (which Joss Whedon famously changed when he was brought on board to finish the film), Warner Bros. has decided to release the film on HBO Max.  This should prove to be a MAJOR seller for the studio, as how many streaming services can say they have a $200 million dollar budgeted superhero film exclusively on their channel?


The big question that I now have is this: Are we getting this version of the movie 'as is' (AKA: Unfinished special effects, green screen, a couple of scenes missing) OR is Warner Bros. going to pony up the additional $20 million to properly finish the film?  Personally, I'm thinking it's going to be the latter.  If it wasn't, why not put it up on HBO Max now to get people to sign up for it?  By releasing it next year they can spend the money, they know people will subscribe JUST to watch it, and when that well has run dry they can release it onto physical media in a year or two!  If they aren't going to finish it and wait a year, then that's because they know people will be signing up to HBO Max on day one anyway (and this film will be used to bolster subscriptions a year down the road).  Zack Snyder himself reveled the news during a live viewing of "Man of Steel" (of which I can only imagine what the comments box looked like when the announcement was made).

Now, personally, I think this is going to be interesting.  Not because I really want to see it.  I did NOT like ANY of Zack Snyder's DC movies, so the idea that a 'Synder Cut' would save "Justice League" was always a laughable idea to me!  I fully believe Warner Bros. when they say the movie was unwatchable.  However the longer time went on (and the more screenshots I saw) I was at least intrigued by the idea of what the Snyder Cut actually looked like.  Looks like one way or another, we're going to see!
Tweet