When it is time to remake (or, as today's kids say, reboot) a popular movie, there are two questions the film makers should ask themselves: Can I make this version better or do something different with it? With universal critical acclaim, 11 Academy Awards, and an almost five hour running time, “Ben-Hur” (starring Charlton Heston and directed by William Wyler) is not an obvious movie to decide to reboot. It hit all its notes perfectly the first time and contains sequences that are still inspiring film makers who are making movies today. I feel like I am writing the first chapter in “Introduction to Filmmaking 101,” but it feels like the producers behind this version of “Ben-Hur” failed to read that book, for the final product before us is in no way better than the original, and the differences do little to make it work as its own thing either. 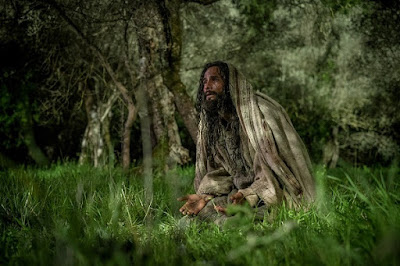 The story is largely intact of course, as Judah Ben-Hur (played by Jack Huston in this version) is still a wealthy Jewish man of great stature. The story still goes that he is great friends with a friend who became a high ranking Roman soldier, but that friction comes between the two when Judah refuses a request his friend makes. In the original movie Judah is arrested by his friend after some decaying rubble falls on Pontiff Pilot. In this remake, Judah’s family is hiding a revolutionary who shoots an arrow, who then escapes because Judah sets the man free. The interesting thing about this change is that it actually puts our main character in the wrong and the Romans in the right. Much has been made that this new version of “Ben-Hur” is more about redemption and forgiveness, as if the original film skirted these issues altogether. 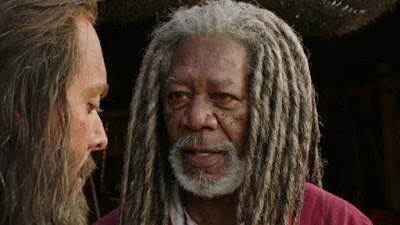 While it is true that the fate of one major character is different this time around, I would actually argue that this is what the original film was more about. That film was about forgiveness and finding purpose in life outside of revenge. This reboot of “Ben-Hur” is about revenge and survival. Something that is also missing in this new version is a reoccurring theme of compassion. In the original, Judah is enslaved, only to wind up on top of the world once more. This is largely because he is shown compassion by various men during his travels, whom give him a chance out. He largely returns those favors by saving those lives and working for them until his debt is paid. In contrast, this new film finds our main character escaping many situations largely thanks to dumb luck and coincidental circumstances. When Judah does meet the Sheik (Morgan Freeman) who will show mercy on him and help him get his life back on track, it is only because Judah offers to work for him first. 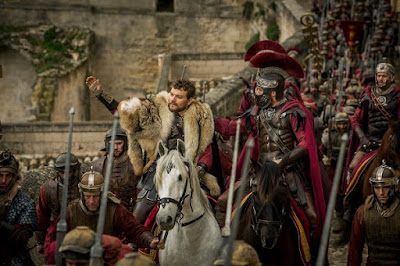 So…ok, thematically speaking, the new reboot is all over the map. Its morals are shifted a little and that ended up being a big distraction for me. What about the chariot race though? Because, in all fairness, this is the MAIN reason you’d want to remake the movie! The original twelve minute scene is a masterpiece in film making to this day, but it was made using the tools the original film makers had at the time. This meant using real horses, stuntmen that got hurt during the making of the film, and even going so far as to build an entire coliseum to make the scene. This reboot has computers and green screens though, so there is a lot more fast editing, computer generated stunts, and (what I noticed most of all) close ups. The reason there were more wide shots in the original is that the film makers put so much work into the backgrounds, that it would be a waste not to show them. Since everything here is a computer image the directors chose to focus on the characters faces instead. 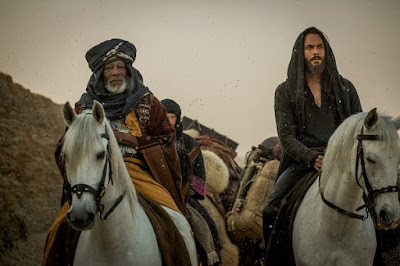 This has the potential to be effective in its own way, but because the character development is a bit more shallow in this version, the history of the characters cannot be seen on their faces. For that matter, for how much more screen time Jesus gets in this version, he seems to have a lot less of an impact on Judah’s life. The original had Jesus largely in the distance, coming up occasionally to give mercy to a struggling man who desperately needs it. Here, he walks side-by-side with our main character, talking to him with words of wisdom. You’d hope it would work, but somehow…I don’t know, it seemed to have a much bigger impact when Judah goes to Him as a last minute resort, to find the higher happiness in his life that he didn’t even know he needed at that point. 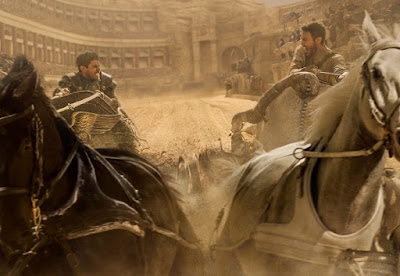 There is no such revelation here. This is a movie that is more about action and luck. The happiness that the main characters find happens long before the crucifixion. It is made as well as it could be made, but nowhere near good enough to justify existing in the first place. The 3D and computer animation doesn’t add much. I looked up the director of the film and found that one of his previous films was “Abraham Lincoln: Vampire Hunter,” so, from that perspective, maybe “Ben-Hur” turned out much better than it had any right to? I don’t know, I’m sort of at a loss on this one. It isn’t terrible, but it isn’t great either. The best thing I can probably say about the film is that this isn’t the worst reboot I’ve seen all year…but, by God, it certainly is the most pointless one I’ve seen all year.