When “Bridget Jones’s Baby” opens we see our main character alone in a room with a candle on a cupcake.  She is wondering how she got to this point in her life once more, while “All by Myself” plays in the background.  After a few minutes of feeling sorry for herself she changes the song and dances to a new beat.  It is not only a signal that she has grown as a character since the first time we saw her, but it is a reminder of just how good a character she is, and how much life Renee Zellweger brings to the role.  Bridget is the perfect combination of sexy and funny.  She can do a rap without it looking sad in one scene and fall face first in the mud without it looking contrived in the next.  She is the type of girlfriend everyone would like to have, and we are always rooting for her to make it out on top at the end of the day regardless how outlandish her adventures are. 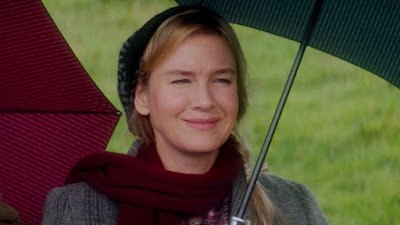 And in her third outing poor Bridget has found herself in the most complicated of complicated situations: she’s pregnant.  The only problem is she has no idea who the father is.  It could either be her ex-husband Mr. Darcy (Hugh Grant) or American millionaire Jack Qwant (Patrick Dempsey).  What would normally be a happy situation for her has now turned into one of stress and uncertainty.  Somehow the movie never loses its sense of fun.  Where most (for lack of a better term) ‘chick flicks’ fail is when it is time for the protagonist to come face to face with the consequences of their actions.  Especially in the comedy genre, most studios don’t feel like women can handle situations that are awkward or uncomfortable, and tend to laugh off even the most perplexing of situations.  In “Bridget Jones’s Baby” there is a highest level of hilarious awkwardness you could hope for. 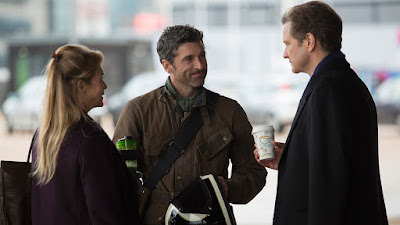 A scene where Bridget has to revel to the two men at the same time she has no idea who the father is manages to build the level of uncomfortableness until you have no choice but to break out laughing.  Even the bartender (who normally enjoys eavesdropping) decides to duck out and get some work done before the admission comes into play.  This scene not only highlights how great the comedy is, but also how good the acting is.  While many fans might be disappointed by the absence of Hugh Grant, bringing Dempsey into the mix works better this time around because we like him, and he is the first person to give Mr. Darcy a run for his money.  For that matter, Colin Firth is also back in one of his career defining roles, and he still manages to be stoic and serious while being utterly and brilliantly charming at the same time. 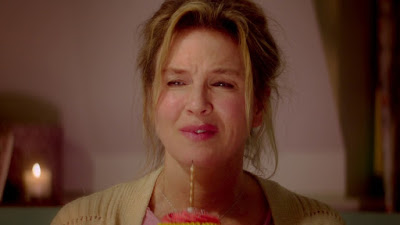 “Bridget Jones’s Baby” is not a movie we necessarily needed to get, but now that we have it I am glad everyone involved decided there was more of Bridget’s story to tell.  Even in her mid-forties Zellweger owns this role, and it makes me all the more happy that the producers took a chance on hiring an American actress for this very British role all those years ago.  Despite the controversy the move generated at the time, I believe it was a good call in the long run.  Now, I should mention that while few people would probably find themselves in a situation like this, the movie does not even attempt to look at the situation seriously or objectively.  The screenplay is a farce that is meant to be entertaining first and foremost, so hard life choices rarely come into play.  For those who want a serious look on the subject, “Bridget Jones’s Baby” likely isn’t for you, though I would suggest you grow a funny bone because you miss out on some fun movies if you don’t have one.