“Hardcore Henry” is a film I am glad to have seen but is not one I can recommend to others.  It is as unique a theatrical experience as I’ve had in a long time, with a filming concept so unique I get the sense someone had to try to make it at least once to see if they could pull it off.  That concept is a film that can best be described as the first in a new genre of “sensory” films.  For the movie does not star an actor or even a character, but the audience in a first person view of a really bad day of a man with amnesia.  When the man opens his eyes we are informed that his name is Henry, the woman before him is his wife, and because of a recent accident he can’t speak or even remember anything about his life.  This is all done more so that the audience can put themselves in place of where a character would normally be. 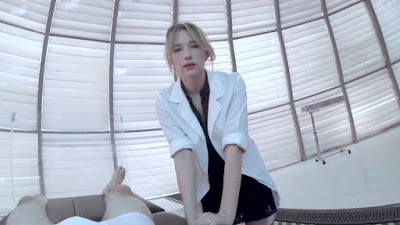 It doesn’t take long though before there is a giant explosion and Henry is on the run from a terrorist organization that is led by a blond haired Russian who appears to have learned how to harness the Force in the real world.  As far as the film is concerned, this is as deep as the screenplay needs to go.  Since the whole point of this exercise is to see action from the first person perspective this is about how guns, knives, and punches are seen through Henry’s eyes.  He doesn’t talk because he is not supposed to have a personality.  The audience is truly supposed to feel like they ARE Henry and going through all this stuff as him!  With the exception of a face-off with the films one note antagonist every thirty minutes or so, the only character Henry has any real contact with is Uncle Jimmy. 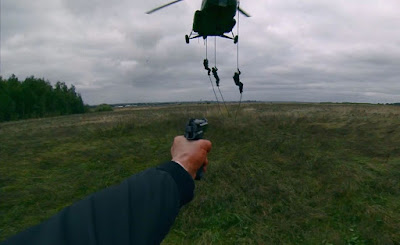 Jimmy is portrayed by Sharlto Copley, in a performance that sort of reminds me of Peter Seller’s iconic performance in “Dr. Strangelove.”  His character goes through so many different incarnations with so many different personality quirks that his character seems to be wasted in a movie that is requiring so little of the talent it employs.  I can’t complain too much as he is pretty much the only interesting character in this whole affair, but is does go to show how shallow the experience is that a man who essentially plays pretend the entire time is the only thing I can honestly comment on with some reverence.  I’m not even sure if “Hardcore Henry” is intended to be a movie.  Most of the time it feels like a video game you can’t play. 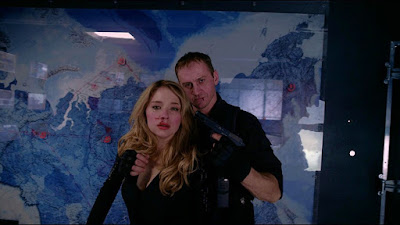 If I was able to play this and make my own choices in all this maybe I would have enjoyed myself more.  Still, first person video games like “Halo” and “Call of Duty” have been telling decent stories for years, so why couldn’t some minimal effort be placed here as well?  In fact, the more I watched it, the more I felt the filmmakers should have taken the experiment a step further and premiered this as a virtual reality experience.  Having all this surround me might have at least given me more of a sense of having an out of body experience and could have potentially been a true new type of entertainment.  Maybe the director can come back to this idea in that form somewhere down the road? 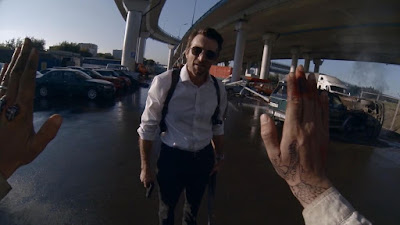 I suppose what I’m getting at when all is said and done is that “Hardcore Henry” is an interesting experiment that might be worth revisiting in something other than the movie form.  Movies are designed to play the audience.  To make us feel things.  To let us be a discerning witness to a situation and characters’ lives.  To take away those manipulations and have the audience do all the heavy lifting goes against the whole idea of a movie, and it never really works.  That said, I’m glad the experiment was done.  Much like how Gus Van Sant needed to show us why shot-for-shot remakes don’t work with his remake of Alfred Hitchcock’s “Psycho,” “Hardcore Henry” is the perfect example on why movies should be less interactive and more set in their own ways.
P.S. Strangely enough, “Hardcore Henry” isn’t showing in 3D, IMAX, D-Box, or 4D in any theaters to the best of my knowledge.  Since this is supposed to be an audience perception event, the fact that none of these avenues were explored suggests the filmmakers might not have even understood their own experiment very well.