Whether we want to admit it or not, we all think about the future.  We worry about our financial security, what our life will be worth when all is said and done, and sometimes we just simply worry about what we are going to do with our time when our last days approach.  “Hell or High Water” tells the story of three people.  In many ways they are all completely different.  You could be forgiven for thinking that the only reason they have anything to do with one another is circumstance.  When you look closer these three men are more alike than they will ever realize, all caught up on opposite sides of a conflict for very similar reasons at the end of the day.  In what way they will never know.  They are too close to see what is right in front of their own faces.  We as the audience, however, sit farther away, and are able to see a bigger picture (the kind that can only be seen from the outside). 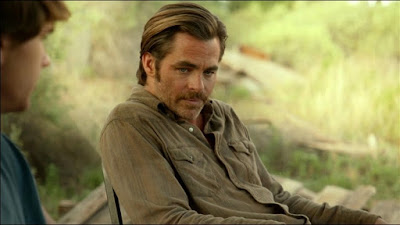 On one side we have two brothers, who have been put in a desperate situation, and are forced to rob banks to get out of it.  On the other side we have a Texas Ranger, the man who is tasked with finding the two boys and bringing them to justice.  On the surface these three would have little to do with each other aside from the bank heists that intertwine their lives together.  Take a look deeper though, and they are more alike than they give credit for.  You have Toby (Chris Pine), who is about to lose the family ranch to a bank that took advantage of them in some loan deals he was forced to take when she got sick.  He is the one who comes up with the plan to rob the banks that stole from his family.  His older brother, Tanner (Ben Foster), is an ex-convict who knows how to execute a plan and agrees to help just because they are family.  On the other end you have Marcus (Jeff Bridges), who has been in law enforcement for many years and is about to retire. 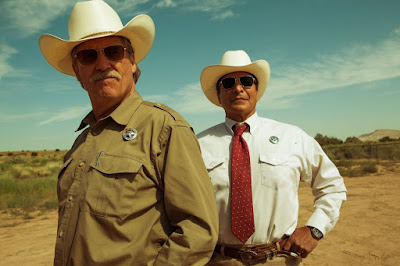 What these three men have in common is that they are all worried for their futures.  They don’t know what will happen.  They don’t know how they will react to the unknown.  All they know is that they are all living on the edge and this is all they can do to stay afloat.  Toby may have come up with the grand plan, but he is no criminal.  He is an average person who has been pushed in a corner.  He is willing to put his own life at risk so long as his kid’s future can be secured.  Tanner has little interest in the money he is stealing, but his little brother needs help, and this is what he is good at.  He is not afraid of death because he has enough of a record to insure he has no future, and if he is going to go out, he is going to go out helping family.  Finally, Marcus is nearing retirement and concerned about it.  Catching these boys may be the last truly worthwhile thing he does, right before he spends the rest of his days watching football and drinking beer. 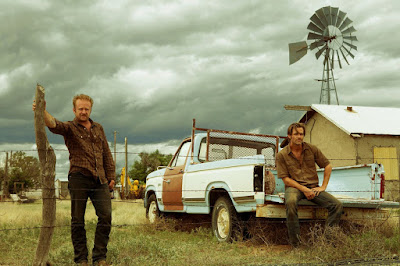 For all three, the future is uncertain.  For all three, there is no easy answer.  For all three, all they can do is move forward, finishing the plan they have picked for themselves and hoping for the best.  When the three do come in contact with each other there is no person to root for, mainly because no one is entirely right or wrong about the situation at hand.  The movie is filmed in modern day Texas, with modern day fears about banks and how they steal peoples land, yet it plays out like a classic western.  In fact, with this film we may have discovered a way for the western genre to continue to thrive in a world of computer animated superheroes.  For many the genre died because it was unable to adapt to modern times.  With “Hell or High Water,” a subtle way may have been found to update the genre while keeping it true to its roots. 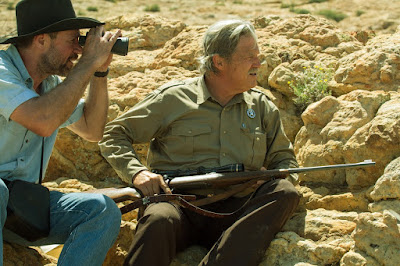 It is said that the screenplay was high on the Black List in 2012, meaning this was considered the best unproduced script for several years.  Watching the movie I can’t help but wonder why on Earth it took so long to get off that list.  Why did it have to be on there at all?  It is a sad state of affairs when Hollywood lets something like this sit in a drawer collecting dust.  Ah heck, at least we have it now.  Working as both a high octane heist thriller and a deeply personal character drama, “Hell or High Water” hits every note a movie like this needs to, down to it’s last, haunting frame, where the men come face-to-face with the ramifications of everything, and are still, sadly, unable to grasp what it all means thanks to their inability to step back.