The dilemma with Ron Howard’s new documentary “The Beatles: Eight Days a Week” isn’t that it is a poorly made film, only that its release is confounding at best.  The Beatles are one of the most analyzed, most discussed musical bands of all time.  Their popularity was so high that we have hours upon hours of archive footage of their concerts, TV interviews, and everyday interactions, and this was during a period where cameras were expensive and a commodity for many (remember kids: cell phones didn’t always exist).  After several documentaries over the years the world was given “The Beatles Anthology” in 1995, which was about as thorough of an examination of a pop culture icon as you could hope to get.  The documentary series is widely available on DVD and is still available to purchase at most stores that sell packaged media.  I’m certain Ron Howard saw the documentaries himself, which makes me wonder what he thought he could contribute with his movie. 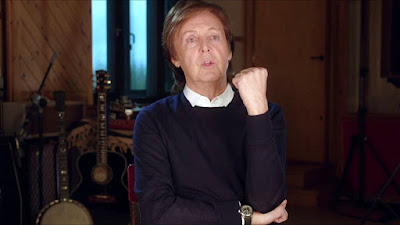 ‘Eight Days a Week’ is appropriately subtitled ‘The Touring Years,’ as it decides to focus on the band when they were at the height of their popularity.  The aim of the movie – as far as I can see – is to show that The Beatles weren’t kids coasting on success while they were in their prime; they were working really, really hard for their money.  They were releasing a single every three months, an album every six, and in-between they were touring and making movies.  The movie does a good job at showing that they lived very stressful lives.  They lived a lifestyle many of us could only dream of having.  In a refreshing twist, they seemed to actually enjoy the lifestyle for the most part.  They are constantly described as “cheeky,” and it is that cheeky attitude that makes them endearing personalities all these years later.  The music, it should be noted, is predictably good and the performances are still electric and fun after all these years.


Again, though, none of this is news.  If you want to listen to the music the albums are widely available.  If you want to see their live performances there are countless DVD’s and YouTube clips you can watch.  The only reason to make another documentary on The Beatles is if you have something new to say.  Interestingly, at one point the movie comes close by interviewing prominent African-Americans like Whoopi Goldberg, who remember that The Beatles helped them become accepting of white people (an ethnic group who had, in general, not been kind to them).  There is even a black historian who has memories of going to a Beatles concert that wasn’t segregated, and being amazed that black and white people were all dancing and waving their hair in union.  This might have been the unique story that Howard could have told that wouldn’t have been redundant, but it is only glossed over because this isn’t a movie about the effect The Beatles had on people, it is about their rigorous touring. 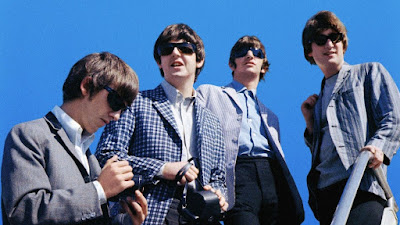 So why does the film touch on the subject at all?  That…is a good question, honestly.  It’s frustrating to see a largely unexplored topic get subdued for ground that has been well tread at this point.  That said, if for some reason you HAVEN’T seen “The Beatles Anthology,” ‘Eight Days a Week’ will likely still hold some interest.  Like I mentioned, the boys are still charismatic, the music is still great, and there is enough archive material that is still fascinating to watch.  Honestly, the only reason the movie doesn’t work for me is because the vast majority of information in here is stuff I already knew.  Even new interviews with Paul McCartney and Ringo Starr don’t provide any new insight I didn’t already know.  The advantage “The Beatles: Eight Days a Week” has is that it is more focused than the ‘Anthology’ series and it is being made easily accessible on Hulu.  I’m not going to give it a passing grade because I would recommend other sources for your Beatles information, but if you haven’t started yet than I suppose this wouldn’t be the worst way to get started on your Beatles trivia.