"The Light Between Oceans" Review

In a summer that has contained conflicts of epic scale and international appeal, it is fascinating that the one of the most engaging conflicts of the year is saved for the end of the summer.  Not only that, but it does not contain super heroes or aliens, but two humans who live alone on an island, simply looking for a little happiness and inadvertently ruining someone else’s in the process.  “The Light Between Oceans” revolves around Tom (Michael Fassbender) and Isabel (Alicia Vikander), a married couple who live alone on an island, secluded from all society, running a light house and trying unsuccessfully to have children.  Both want to be parents but she has miscarried twice.  Then, one day, a lifeboat lands on shore that contains a man and a baby.  The man is dead but the baby, miraculously, survives.  In what can be considered an understandable lapse of judgment, they decide to keep the child. 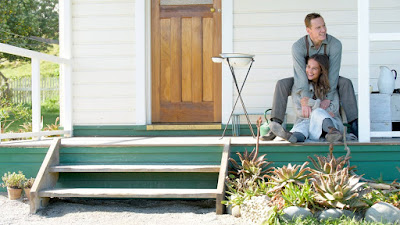 Tom doesn’t record the incident in his log book, sends word to the in-laws that the second child they were having came early (though it was a second miscarriage), and the three start living as a family.  From what I have described I wouldn’t blame you if you considered these two people irresponsible and malicious.  To his credit, Tom wants to go by the book because he is aware that this child could still have living family out there, and that family might want their child back.  His not doing this is because his wife wants a child badly.  Before this situation we see Tom has taken this lonely job because he went to fight in a war and came back a broken man.  Isabel brought true happiness back into his life, so he wants to do his part to make her as happy as he can.  The movie spends more than a half hour developing this, so when we get to the main conflict in the middle, we can understand why he makes the choice he makes. 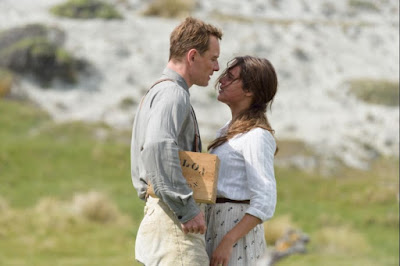 Knowing what an honorable man he is though, we can understand the guilt he feels when he discovers that the baby’s mother is alive and well, mourning the loss of her family.  Despite not correcting his mistake, he clearly is disturbed that he has literally taken away the happiness of someone else.  How this all plays out in the end I probably need not say.  Because, if we are being honest, the story is a little contrived.  Many of the things that happen do so only because someone walks along at just the right time and says just the right thing to set things in motion.  For that matter, Tom makes a choice at one point in the movie that seems foolish at best, and also feels like the choice of a movie that doesn’t know how to keep momentum going for the heart of the movie.  Neither of these things bothered me as much as it normally would. 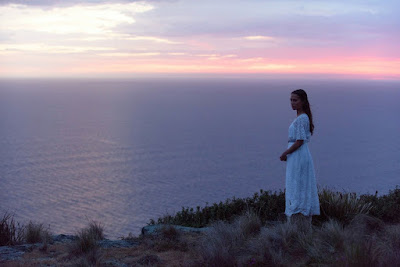 This is because some movies just get the journey right.  They are slightly predictable, yes, but that is not what is going to bother audiences.  Audiences are (sometimes) bothered by stories that are predictable in ways that are unfocused and obvious.  They groan when characters act like idiots for no reason.  They throw popcorn when characters make really dumb decisions that they clearly shouldn’t be making.  What makes “The Light Between Oceans” work despite the contrivances is that the movie understands what to do with them.  None of these characters are idiots, they are conflicted people, with desires that sometimes overrule more logical choices.  Decisions that are made here are made because of the guilt they feel.  In other words, “The Light Between Oceans” is a movie that has a lot of heart.  It’s the kind of heart that helped elevate movies like “Sleepless in Seattle” and “Philadelphia” above their shortcomings. 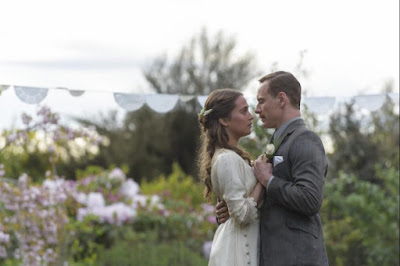 The movie was directed by Derek Cianfrance, whose previous film I saw was the deeply intimate “Blue Valentine.”  That was a great character drama with an unconventional way of telling its story.  The conclusion was unexpected to say the least.  In comparison, “The Light Between Oceans” probably seems like a step back for serious film lovers.  The story is a bit more predictable and the ending isn’t entirely unexpected.  He is clearly working on a studio film this time around.  What is amazing is how effectively he directs his actors and makes use of a somewhat standard screenplay.  There is a focus here that is lacking in similar movies of this nature.  For me, he has managed to reach deep down and make something really great out of material that would normally flounder.  For all the talk about how much studio interference ruined bad movies we saw this year (and that IS a problem), this is a movie that shows a good director can still take standard material and do something great with it.