The thing about remaking a classic like “Ghostbusters” is that the lasting appeal of the original movie seemed almost entirely an accident.  It was nothing more or less than a film about a few men who believed in ghosts, found a way to catch them, and did so just at the right time as a REALLY scary ghost decided to take on the world!  The special effects have held up because they were used more for humorous purposes than to wow audiences, and the characters weren’t deep, but hey, they had Bill Murray in there, so they ended up being a lot of fun.  After years of trying to get a third movie with the original cast off the ground kept falling apart (largely because of Murray’s apathy towards the project), Dan Aykroyd finally just said “screw it” and pushed the restart button.  Now we have a completely new movie, also titled “Ghostbusters,” essentially about the same concept except it has some slight changes. 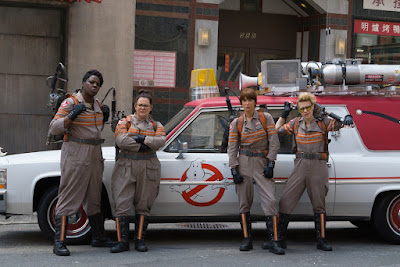 Now the movies special effects are there largely to try and give the climax a large scale (ho ho) that is supposed to be more imitating than humorous.   It is paced faster so that there is no down time for the kids to actually digest what is happening.  This movie acknowledges that it is PG-13.  Oh, and the Ghostbusters are all women now.  I bring that up last because, despite being the aspect of the movie that has been discussed the most on the internet all this time, it is the least important aspect of this film.  Is it a gimmick?  Yeah, it is.  Let’s not even pretend it isn’t.  The only reason this thing got greenlit is because some executive looked at the franchise, tried to figure out what they could do differently with it, and came to the conclusion that making the male characters female would suffice.  It’s the sort of idea that only an out-of-touch CEO could make. 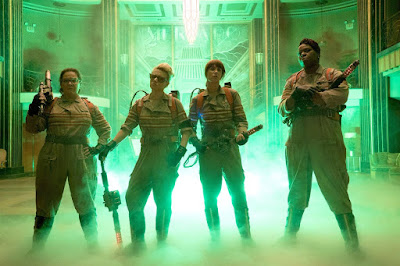 That said, we should be thankful that is the only idea said CEO came out with because this isn’t an idea that’s doomed to fail.  Funny people are funny people, regardless of their gender, and this movie features Kristen Wiig, Melissa McCarthy, Kate McKinnon, and Leslie Jones in the lead roles, and if anyone can make something out of a lazy idea like this, it’s those actors.  They all contribute something unique to the team, they work off each other well, and they play their stereotypes well (sorry, but you don’t go to Ghostbusters” for complex character development).  Of the four women, McCarthy manages to get the most laughs, but they are all oddly eclipsed by a supporting role from Chris Hemsworth, as their good looking receptionist Kevin Beckman, who doesn’t seem to have an idea of what it is they do, how to do his job, or even basic stuff like why his glasses are supposed to have lens in them. 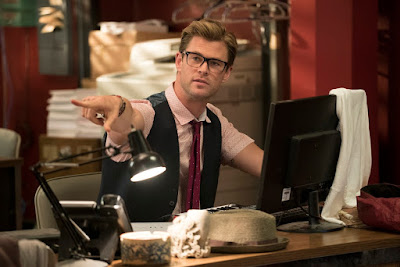 It’s sort of humorous to think that in a movie that was made largely to fit women into the franchise and then to sell to a female audience, has the show stolen by the sole original male character.  The women get to take over the movie again when Kevin becomes controlled by a ghost later on, but it’s still interesting to wonder how on Earth the executives overlooked this.  Where the movie stumbles a lot is with the actual ghost catching itself, which is taken very seriously, is sometimes played for scares several times, and isn’t nearly as silly as it needs to be.  Director Paul Feig doesn’t even seem very comfortable directing the action sequences, as he seems much more at ease when he’s directing the scenes of the characters talking to each other and spewing witty banter. 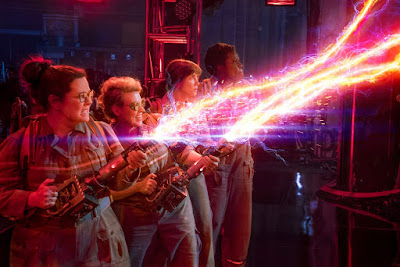 The question ultimately comes down to whether or not “Ghostbusters” is a good movie.  On its own terms, I believe this remake is decent enough.  I laughed a lot.  I enjoyed most of the characters.  It has the sort of weird quality that, in any other circumstance, would have probably made this an unlikely classic years down the road.  The issue, of course, is that it isn’t completely its own thing.  It is a remake of a movie that already went down this path.  The original “Ghostbusters” exists.  It’s a fact.  You can’t erase it.  For that reason alone, this version will likely not be embraced by many fans of that original.  That shouldn’t be too much of a problem as I don’t believe this was made for them.  It was made for a general public, who has been given much worse things to watch this year, and I believe they will reasonably enjoy themselves until the next big thing comes out.