The issue that I have with Jack Reacher as a character is that he seems to be an interesting person trapped in a conventional world.  There are multiple scenes where the ex-military man must talk his way out of tough situations.  He is not a lawyer but he knows his way around legal limbo.  He knows how to play cat-and-mouse with very powerful figures in government and has a charming personality to boot.  His skills are a great combination of speed and fast thinking that is interesting to watch and thrilling to experience.  In some ways, he reminds me of Jason Bourne.  The problem is this is not a man who is in an interesting movie; this is a man who is starring in a tent pole franchise.  The previous film was made with the intention to make more movies somewhere down the line.  With the exception of Cruise returning as the title character, I cannot remember a single character from the previous film returning for this round.  Thus, “Jack Reacher: Never Look Back” is amply titled because this is a series that is committed to not developing anything. 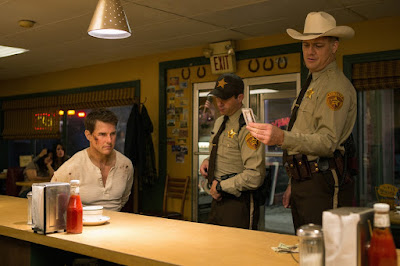 Reacher is not a character who is supposed to grow as a person or change much.  He isn’t even really supposed to have any lingering connections.  This puts him a position where he can anchor a series without having the previous installments mean anything.  It is a brilliant marketing move that seems ultimately fitting for the title character who is constantly on the move.  The problem this provides is that new characters played by Cobie Smulders, Danika Yarosh, and Billy Slaughter are going to have no long term involvement in this series (should it continue), and the movie is essentially running on empty.  The ending of the film leaves so much to be desired that there is almost a sense that nothing of importance even happened.  Smulders plays a love interest that the film makers forget to develop as a credible romantic partner. 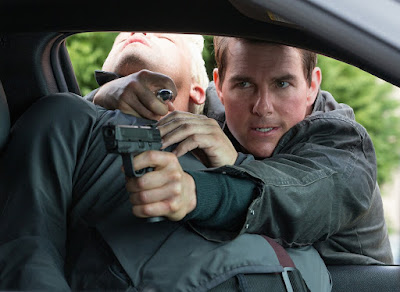 Yarosh plays someone who may be from Reacher’s past, but exists primarily to be the dumb teenager who makes stupid decisions that gets everyone else into unnecessary trouble.  As for Billy Slaughter…well, his character does get to trade blows with Reacher himself, but his motivations are never really clear, and speeches he makes about men like them looking at the world differently don’t actually count as character development if the audience doesn’t understand what he’s talking about in the first place.  “Jack Reacher: Never Go Back” ultimately is nothing more than an average action movie with a few inspiring moments of dialog.  It doesn’t pretend to be anything greater than it is going to be, but then I’ve seen similar movies that at least seem like they are trying to be good.  We’ve gotten two films out of the character now.  We might get a third.  I doubt we’ll go anywhere substantial in the future, but that appears to be a calculated move the movie has made and it’s up to audiences to decide if that’s the kind of journey they want to take.