"The Girl on the Train" Review

Alfred Hitchcock perfected the “man wrongly accused” formula back when he was in the prime of his career, and I feel Tate Taylor’s “The Girl on the Train” should have taken a cue from his book on how the formula works best.  Hitchcock knew that the man in question had to be a likable guy.  He had to wind up in a situation he could not have possibly predicted he would find himself in.  Fate had to draw him a bad hand that he was in no way responsible for.  There also had to be one more key to the formula, which I believe “The Girl on the Train” obviously misses.  This movie doesn’t really have a man wrongly accuses so much as it has a woman wrongly accused.  Her name is Rachel Watson (Emily Blunt), and she rides the train every day to and from work.  She sits in the same seat and watches the same people out the window. 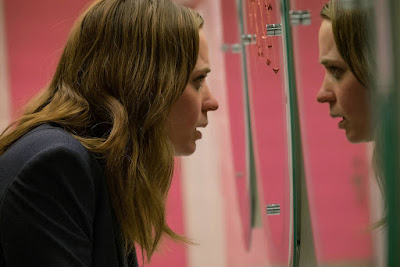 She takes a particular interest in Megan (Haley Bennett), the pretty blond who has an (supposed) ideal relationship with her husband Scott (Luke Evans), who is a high profile doctor.  What makes her fascination with this woman all the more relevant is the fact that she lives next door to the house Rachel used to call home, before her husband Tom (Justin Theroux) divorced her to marry another woman named Anna (Rebecca Ferguson).  So she passes the houses – day in and day out – to look back at the life she used to have while comparing it to the life she idolizes in her head.  People like this normally become alcoholics…and in all fairness, she is one herself.  She is rarely seen sober or even so much as speaking a coherent sentence.  She blacks out frequently and this will come to haunt her when Megan is found dead and she is suspected of being the murderer. 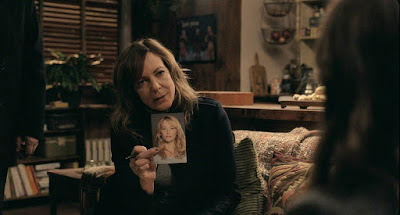 This is where Taylor gets half of Hitchcock’s brilliant formula right.  Rachel is a mere observer in her life and she has been accused of a horrific crime.  A crime - I want to stress - she does not remember committing.  In fact, she doesn’t remember much of anything the night in question.  Her memory has many black holes and fuzzy moments that are unclear.  Her story is unreliable and prone to scrutiny.  This is where Taylor gets Hitchcock’s formula completely wrong: We, as the audience, need to know without a shadow of a doubt our protagonist is innocent.  The rest of the world can believe she’s guilty, but we have to know she is not.  As an audience we cannot fully support her.  We question her memory.  When key memories arise we question their validity.  She lies enough times that we have every reason to believe Rachel is a possible suspect in the murder of this young woman. 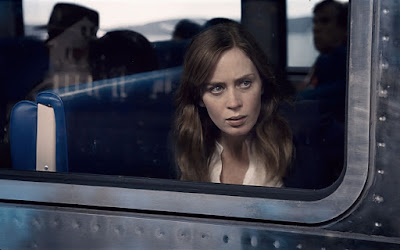 This is a problematic situation for a movie like this.  Compare a similar situation in “Gone Girl,” where Ben Affleck’s character is certainly not a moral man, but who we have no reason to believe killed his missing wife.  That movie was brilliant because we could stand behind our star as we know he didn’t do anything, and that his personal character was being used as a basis by everyone else as evidence in a crime when it was purely based on emotion.  In contrast, Rachel needs to be doubted, questioned, and scrutinized.  By the time the resolution comes around and we discover how everything played out, the movie has lost its chance to play on our emotions the way it was supposed to.  “The Girl on the Train” could have either been a great mystery or a great thriller of someone on the run.  By trying to do both it misses the mark on both counts, despite the obvious acting and directing talent that is on full display.