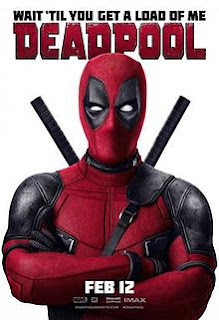 
For those who are officially sick of superhero movies, “Deadpool” might be something of an antidote for you.  For the superhero genre is starting to become this standard, interchangeable thing.  We get at least a few of them a year.  Most of them are part of larger universes that span multiple films.  They are all meant to be somewhat kid friendly.  They strive hard to get that very marketable PG-13 rating.  I can tell you as someone who has to watch all these movies every year that writing about them becomes so very, very tedious.  Now, after so many years of this we finally have a film that throws caution to the wind and decides it just doesn’t give a…well, you can finish that sentence however you’d like.  It begins with a goofy style that does not care about convention or subtlety.  In fact, the movie almost acts like a parody of its own existence.  This isn’t the kind of action film you see very often. 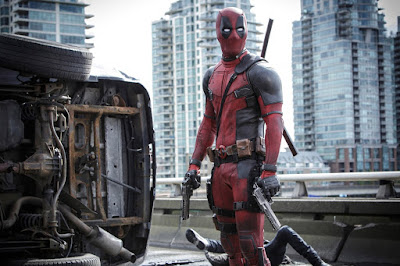 Or maybe it’s a romance?  Our lead character (Ryan Reynolds) seems to think so.  At one point he even calls it a horror story.  I’m going to state right now that this is a comedy.  A raunchy comedy that is made purely for adults and in no circumstance should a kid be taken to this.  It wears its R rating as a badge of honor.  Deadpool cuts off heads, arms, shoots body parts open, and even cuts off his own hand so he doesn’t have to go to the principal’s office.  He breaks the forth wall and speaks to the audience, complains about the films budget, and discusses the advantages of wearing spandex that is colored red as opposed to any other color(Hint: There’s a cheaper cleaning bill involved).  Why, in the middle of a six car collision he has panics as he worries that he might have left the stove on.  While he is about to be crushed by five cars! 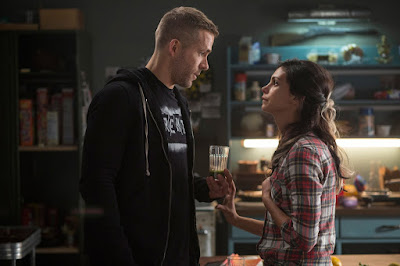 The title character is played by Ryan Reynolds, a talented actor who seems to have been given a bad hand in his career.  While he works consistently, it doesn’t always appear that people in Hollywood know how to use him.  Here he takes center stage and gives a performance that can only be described as career defining.  It turns out Reynolds is funny.  Like, REALLY funny!  Like, this man is a comedic gold mine that we are now only just discovering, and film directors in the future should use that talent more often when they hire him.  His timing is impeccable and spot on, and the movie would only be half of what it is now if he wasn’t so good.  In fact, maybe it wouldn’t have been anything without Reynolds.  The villain isn’t exactly a memorable one. 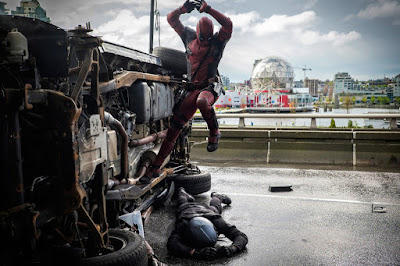 This is another origin story, but the screenplay goes forwards and backwards, and we find we are enjoying the ride too much to really care where the destination is.  Even the opening credits don’t take themselves seriously, as they list the film’s director as “Some Douche.”  The screenplay does what it needs to get from destination to destination, without ever taking the sort of chances that made films like “The Dark Knight” and “Spider-Man 2” the classics that they are.  There is a sexy love interest for our hero played by Morena Baccarin, who is likable to be certain but may not be much comfort to audience members who worry about sexism still running rampant in Hollywood.  Therefor while I commend the film for being irreverent in the best possible way, I make no illusions that this is something that was largely made to appeal to men.  For this I feel sorry for women (though as sorry as the idea that the movies made for them are “How to be Single” and another terrible Nicolas Sparks adaptation). 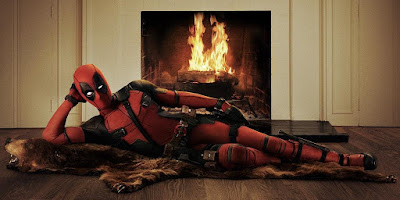 Though “Deadpool” is not part of the Marvel Cinematic Universe, it is still nice to see properties from the acclaimed comic book maker take more chances.  Marvel seems to have grown weary of their own reputation these past couple years, and have been making big efforts to diversify their portfolio.  This includes television and Netflix, but also by giving center stage to characters that are unconventional and maybe not the most market friendly.  It should be mentioned that this IS part of the X-Men series that is popular with families, and that will make some kids want to see it.  Again though, I want to stress that this is not a good idea.  This is a farce made for adults and ONLY adults!  And if you think Deadpool himself is going to feel guilty for excluding your kids, you obviously don’t know the character.