I think Marvel realizes the writing is on the wall.  The comic book giant now turned movie producers have been down this road before.  They were there when the comics industry began and they were there when the comics industry crashed.  They know that relying too much on one thing or a certain character can backfire.  They know that if they are to survive as a movie studio they need to branch out and explore.  And explore they have with "Doctor Strange," a movie that is set in the successful Marvel Cinematic Universe, yet lives in it's own little world.  Or maybe it's dimension, it's kind of hard to tell sometimes with this one.  Just ask Stephen Strange (Benedict Cumberbatch) himself.  After all, he is as much of a curious onlooker here as the audience themselves, having come to the events of the film searching for a cure for his hands and, instead, discovering that the concept of the "out of body experience" can be taken quite literally. 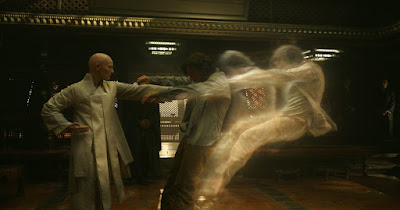 This is had for even him to understand because he used to be a gifted neurosurgeon, before he got into a car crash that left his hands shaking and unable to perform surgery.  He's one of those doctors who thinks so highly of his gift that when he loses the gift he loses his way in life.  Not even his former girlfriend Christine (Rachel McAdams) has the patience to put up with him anymore.  What may bring him back is the teachings of a wise Celtic mystic known only as the Ancient One (Tilda Swinton), who knows many tricks to supernatural powers.  This includes bending time, exploring the world through spirit form, martial arts, and so much more.  It is the kind of teacher who is a film directors best friend: one who provides a world that is practically free from rules and able to be anything it needs to be. 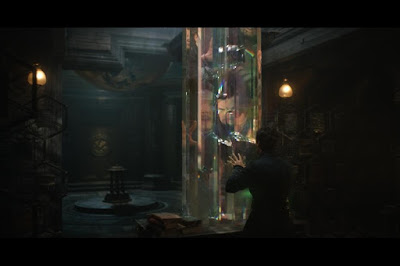 While still grounded in the real world to a certain extent, "Doctor Strange" reminded me a lot more of "Inception" than "Thor." Certainly a lot less complicated than both those movies, but it is nice the film makers who do creative stuff while still having fun.  While the plot could be considered pedestrian there is no shortage of surprises.  The city bends and warps during one sequence and our characters must do a chase through the ever changing city landscape.  At one point there is a battle where a sword and a red cape with a flamboyant personality are on equal footing.  Strange and his sparing partner Karl Mordo (Chiwetel Ejiofor) are lively and snappy, and both characters compliment their different personalities, not work against each other.  If there is a downside to all of this it could be said that the villain is not very... let's say engaging, this time around. 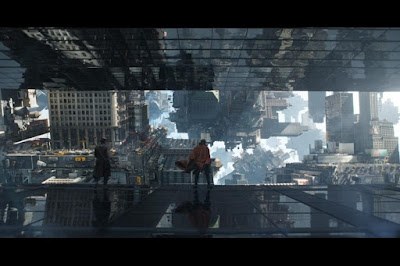 Maybe it was inevitable that a villain whose sole goal is for immortal life isn't the most complicated, but in a movie that does so much with the world that surrounds the characters, it is a bit anti-climatic that the main antagonist should want something as simple as a powerful stone.  Yeah, I know this has something to do with the Infinity Stones story that has been playing out across multiple Marvel movies at this point, but if anything "Doctor Strange" proves that there is more freedom when it is it's own thing rather than a puzzle piece in a bigger universe.  Regardless, I can't fault the movie too much because it is the rare superhero movie that offers unique thrills and offers a healthy dose of pure imagination and movie magic. 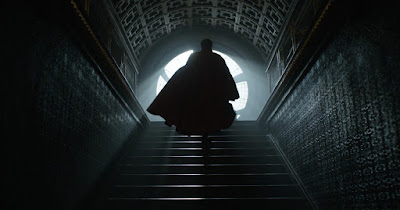 It is also nice to see the studio finally figure out how to properly use 3D in a way that transports the audience into the world and surrounds them in it.  There are times when this movie makes the audience feel like they are having the same out of body experience that the main character is, and that is an accomplishment until itself.  I am actually proud of Marvel at this point because while they have (sadly) contributed to the current decline in summer blockbusters, they also seem willing to challenge themselves a little more these days.  "Guardians of the Galaxy" and "Ant-Man" were not the most marketable ideas next to making an "Iron Man 4," but they had their own personalities and style that make them stick out, and I think the studio realizes they need to do that if their universe is going to keep growing.  And, with "Doctor Strange," they may have just opened up their future to multiple universes!