On the outside Saroo (Dev Patel) looks like one of the most well-adjusted kids in the world.  He is going to school to become a manager of a hotel.  He has a beautiful girlfriend with which he goes to many social gatherings with.  His brother is a pain in the butt, but, eh, my brother is too, so what’s there that isn’t for most of us?  Take a look at his loving parents though and you know instantly that he is not theirs: he was adopted.  Though being adopted is not too unusual in this day and age, what makes Saroo different is that he was never put up for adoption in the first place.  He got lost in India one day and was unable to find his way home.  He walked the streets of another country for two years before government officials finally put him in an orphanage and the loving couple he now eats dinner with decided to take him in. 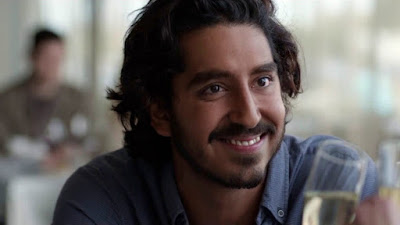 He still has memories of when he was five years old though, and it haunts him to think about his family back home who likely blame themselves for what happened.  When he was young all he had was a city name that no one could find.  As a grown man he is good with mathematics.  He can calculate distance based on train speed.  Plus, Google Earth!  Google Earth is very cool!  Not very useful in most cases, but here it proves to be a great tool for backtracking steps and measuring distance.  The journey itself is not exactly what I would call visually (or even aurally) exciting by any means, so it helps that we spend a good portion of the first half with Saroo as he becomes a lost child and starts to learn how to fend for himself in the real world.  That he is separated from his mother and brother is tragic on one level, but it is also interesting that when we look at the bigger picture, he may have wound up in a better place. 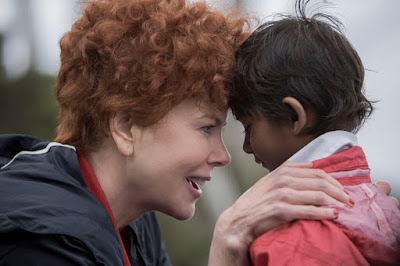 This is not to disrespect his family, but Saroo was obviously born in an impoverished stricken part of India.  His mother is uneducated and the film opens with him and his brother stealing coal rocks for two small bags of milk.  Compare that to his life in Australia, where decent food is within arm’s reach and he appears to be financially stable even when he isn’t working, and it’s hard to feel too sorry for him.  The movie does make us feel his pain over having lost his original life in such an unlucky way, and Patel does a great job at expressing the guilt he feels over what he perceives to be his part in the whole affair.  His interactions with his mother (Nicole Kidman) are especially impressive, as you can tell he struggles with the idea of wanting to find his real family but afraid of seeming ungrateful to the woman he has called his mom for so many years. 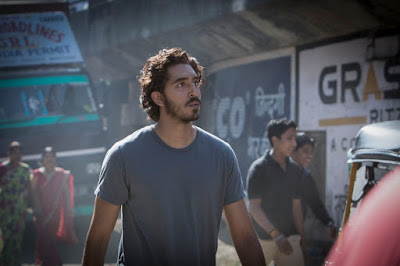 Their scenes together are the heart and soul of the movie, as the rest of the time the conflict is straightforward and most of us sense a happy ending is somewhere on the horizon.  The best underlying question beneath the surface of “Lion” is whether Saroo lived a tragic life or if he got lucky and won the lottery?  Thousands of kids in India are lost every year with no way of reuniting with their families.  What happened to Saroo isn’t what I would call good, but, in the long run, it’s hard to argue that things worked out better for him.  The movie never commits to tackling the question head on in favor of a lost child story that has a lot of sentimental value, but there are deeper questions lurking beneath the surface, and those are the questions that kept me engaged throughout most the film.