There is a scene of deep humanity in the middle of “Live by Night,” where our main protagonist talks with the chief of police.  The chief doesn’t do business with crooks or thugs, but he has no reason to actively search them out so long as they keep their business separated from the area he works in.  Joe Coughlin (Ben Affleck) needs a favor though.  He knows Chief Irving (Chris Cooper) will not do it because it would be a conflict of interest.  Joe has something Irving wants though: his daughter.  The deal is simple: turn a blind eye to a murder that is going to be done in a very public place, and we will release her.  Irving breaks down crying and caves.  He gives Joe a verbal scolding for being scum of the Earth.  The unique thing is that Joe didn’t want to do this.  He didn’t want to take this path.  He didn’t even want to use someone’s grown kid as blackmail. 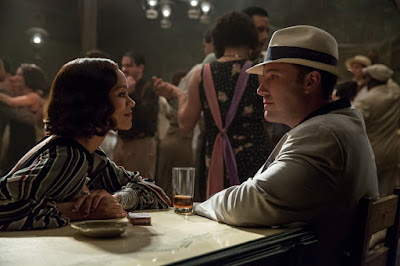 He says in a narration that he went to war a soldier and came back an outlaw.  He hesitates to use the term ‘gangster’ because he doesn’t want to be married to a mob, but there does come a point where to use any other term would be trivial.  He still resists it though because, deep down, he considers himself a good man who was forced into bad circumstances.  We sort of understand where he is coming from.  Lost his mother at an early age, fell in love with someone else’s girl, and has a father who disapproves of his lifestyle.  A combination of all three of these circumstances going wrong at once will shift his trajectory in life, but not enough that I feel Joe was ever going to have a happy ending even if nothing bad had happened in the first place.  I watched the movie and the events unfolded with a fair amount of boredom I’ll admit. 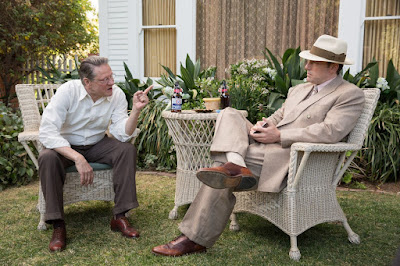 I found this strange because Ben Affleck also wrote, produced, and directed the movie, and he has proven to be a very good storyteller before.  I think the reason for this is because the movie, ambitious as it is, is about a lot of little things at the same time, to the point where it becomes about nothing at all really.  I watched and tried to figure out whether this was a revenge film, or a movie about mafia gang territory, or even a man who has the foresight to understand that casinos were going to be a REALLY big deal somewhere down the line!  Judging by the poster’s slogan this is about a guy who was once a good man and forced into crime, but from where I sit he entered the crime world willingly and, against the advice of his father, didn’t get out in time before some bad stuff went down.  Some of the twists regarding his circumstances don’t even make a lot of sense, but that may be a problem with the screenplay that juggles too much. 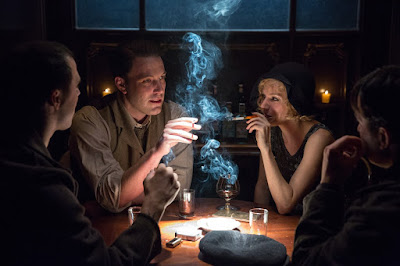 Then Affleck makes some strange filming choices that, as an established film maker, you’d think he’d know not to make.  The narration is too long and complicated, telling the audiences far too much and not letting them visually experience what is being discussed.  Key characters come and go randomly, without giving us a chance to really figure out where they fit in the grand scheme of things.  Maybe the whole point of the movie is that no one thing in life preoccupies your attention, but I’ve seen other gangster movies get this same point across (and do so with far more ease).  In fact, as bored as I was, at just barely over two hours, I wonder if the film would have been a lot stronger had it been an hour longer and the material given room to breathe?

The reason I highlighted the above scene before getting into all of this is because for five minutes I forgot about all these problems.  There was depth as two men sat across from each other, both forced into situations they would rather not be in, and both hating themselves a little bit after everything was said and done.  The best movies about the mafia find the humanity in the people who commit unspeakable crimes against their fellow man.  They either focus on the family life (“The Godfather”), the sense of power (“Goodfellas”), or the nessicarily evil of crime (“Once Upon a Time in America”).  I went into this review thinking it would be long and complicated, but when I sat down to write it I realized that the problem with “Live by Night” was ridiculously simple: the movie fails to find the humanity in the characters, and decides to focus on the affairs to the point of meaninglessness.