"Manchester by the Sea" Review

We open “Manchester by the Sea” with a man fixing the pluming for tenant at an apartment complex.  The tenants have various reactions to his help.  Some are grateful for his help.  Some are clearly not.  One lady jokes with her friend over the phone that she actually might have a crush on her handy man, a comment that does not interest him in the slightest.  He is simply doing his job, interacting with the tenants on a bare minimum, and not having much of an opinion about anything they are doing or thinking.  He gets upset at one of them, but aside from that, there is little to suggest the man cares about much of anything.  To the point that the person I was watching the movie with was wondering if the actor portraying the man (Casey Affleck) was just a bad actor.  The thought did cross my mind, I have to admit. 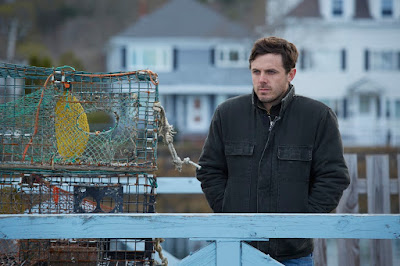 As the movie went on though, not only did Affleck show himself to be an actor of greatness that I had never anticipated before, but that Lee Chandler is one of the most tragic characters I’ve seen in a movie in years.  If he is walking through the first part of the movie with a look of indifference and a shrug in his responses, it is because he lost the will to live a long time ago and we simply haven’t realized it yet.  A situation occurred that made him hate life and even himself.  When he has to go back to his home town to attend the funeral of his older brother people recognize him immediately.  When they tell their friends that they spoke with him, the friends follow up with “you spoke to THE Lee Chandler?!”  Most of the time this type of setup cannot possibly do justice to the event that set the characters reputation in motion, but when we do find out what caused Lee to become a shell of a man, we find out a little piece of us dies as well. 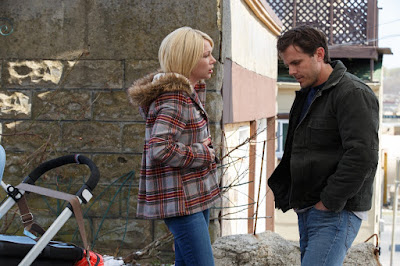 This is not a movie for those who want all sunshine and rainbows.  While the movie is shot in broad daylight and many of the characters are about as nice as you could hope for in a movie revolving around tragedy, there is an underlying sadness that pierces the whole affair.  There is also, I should mention, something beautiful about “Manchester by the Sea” as well.  For the story revolves around this man with a tragic past, coming home because of one more major loss in his life, and finding that there may just be purpose for him yet, as he is made the legal guardian of his sixteen-year old nephew Patrick (Lucas Hedges).  He hasn’t been close to his nephew since the incident in question, but the boy now finds himself without family and Lee has no purpose in life.  Together, maybe the two could help each other in ways they never thought possible. 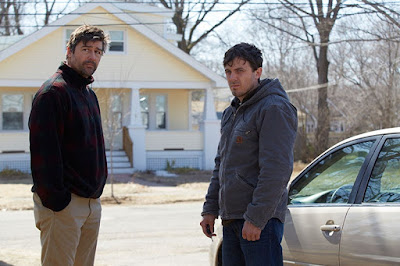 The movie, it should be noted, moves at a slow, deliberate pace.  This is the kind of pacing that would normally kill any other movie for the average viewer.  So I must give credit to the direction of Kenneth Lonergan, who seems to acknowledge the material will be tough for viewers and challenging to sit through.  He manages to direct the movie in a way that doesn’t feel the need to speed run through the events, but feeds us little bits of information to keep the audience guessing what is about to come.  For those who are approaching this as a character drama rather than a mystery that needs to be solved, they are bound to be very pleased with how good the writing, acting, and direction of the film ends up being.  Many tears will likely be shed.  In some cases (like how I felt) there will be times where you sit in disbelief at what has just happened. 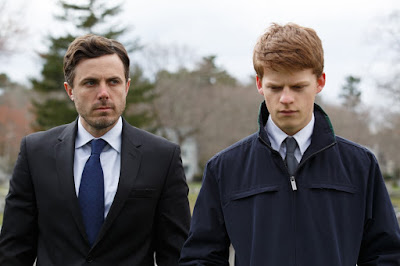 A key scene involving Lee and his ex-wife Randi (Michelle Williams) easily ranks as the saddest, most authentic scene of past regret I’ve seen all year.  A moment of great acting, writing, and direction, coming together to make something piercing and memorable.  Please do not take all this as a sign that “Manchester by the Sea” is anything but a soul crushing experience though.  In fact, if anything, the movie is an affirmation on why life is worth living, and why relationships are worth holding onto and trying to keep even when bridges are burned and feelings are hurt.  I want to end by pointing out that the makers of the movie is Amazon.com of all people.  Amazon.com has been looking for more original content to own so that their Amazon Prime video service could become a competitor to Netflix and Hulu.  I find it not only interesting that this is the type of movie they feel can help them compete, but that despite the nature of the film, this is something that benefits a lot more from the theater experience than the home one. 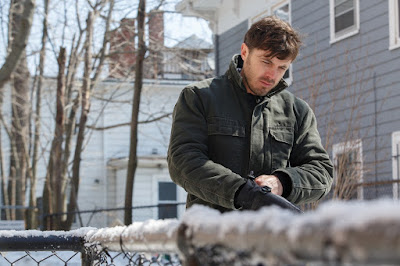 Some people may not understand what I mean by that, but “Manchester by the Sea” demands complete attention from the audience, and fiddling on your phone during it will rob you of a very rewarding experience.  Eventually the movie will be going to their streaming service and hopefully people will watch it when it does.  For the time being it is in theaters where it is clearly the best way to experience it, and I want to stress once more that this is the best way to.  Amazon.com has also been funding some Woody Allen projects recently, and have even done the solid in making them decent sized box office hits.  The advantage of internet sites getting into the movie business is that since a big screen is not their concern, they are more likely to greenlight movies that are great regardless what size the screen.  That they happened to make a great theatrical experience may be an accident, but it’s one we all benefit from.