Every time I watch a new Tom Ford film I usually walk away liking it, but I wish I could love it for once.  Granted, the man has only directed two movies (this one included), but those are two movies that were very close to being classic.  The man was a fashion designer before he decided to start directing movies, and as a film director he has taken his unique style from the fashion industry and crafted some visually stunning films, sure, but he is still struggling as a writer.  Maybe it’s because as a fashion designer he is used to using people as props to express his emotions, but he can’t articulate what those emotions are very well.  This should suit him well in a medium that is is based on visuals, but when you have a story as complicated as that in “Nocturnal Animals” you do need to have a certain amount of telling involved.  Not the least of which is because this feels like two movies rolled into one. 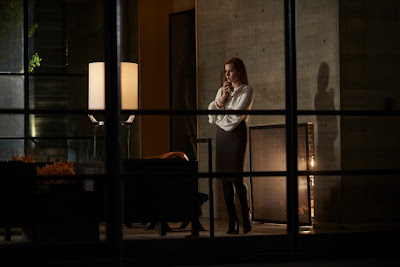 This is sort of a problem because one of those movies is a lot better than the other.  Thankfully, Ford seems to have realized this because that’s the movie we get more of.  That movie is about a father who is driving on an abandoned road in the middle of nowhere with his family, when their car is forced off the road by some violent men, and is forced to witness his wife and daughter being kidnapped.  This movie has a lot of suspense, a genuine conflict that the audience gets invested in, and great acting all around, particularly from Michael Shannon as a hard boiled sheriff who walks a fine line between determined and compassionate.  All of this is great.  I was riveted the entire time this story was going on.  There were conversations where characters spoke and I was on the edge of my seat, all while a foreboding visual style never let me get bored for a second. 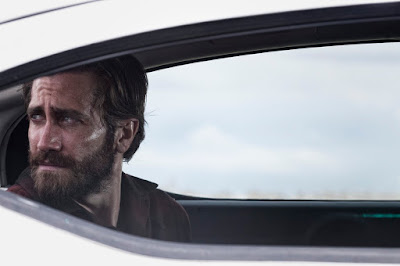 Then, you have the second story, which actually acts as a framing device for what I described above.  Because what is going on in the second story is actually in a book that was written by the ex-husband of Susan Morrow (Amy Adams), a rich art gallery owner who is feeling that her life has become fake and artificial.  She is at this point because of some poor choices she made in the past, which resulted in her chasing the life she thought she wanted, only to find that she already had that life in the past.  In truth, this could be just as compelling a narrative as the first one I described.  The issue is that a lot less time is spent on it, and it moves a lot slower because it is a different kind of story.  When you combine the two together, this one feels more like an interruption to the other story, which is what we really want to see. 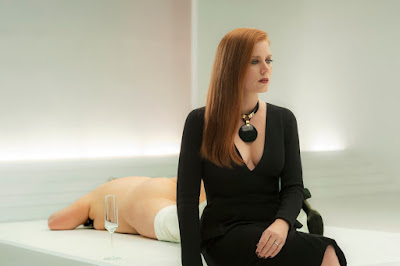 I noticed this was based off a novel called “Tony and Susan.”  Now, I don’t know how closely the film follows the book, but if I were Ford I would have simply made two separate movies.  Really, it makes perfect sense.  Because both of these stories have the potential to be great stand alone films.  They have the stories, the themes, and the characters to make them work.  One could be a dramatic thriller while the other could be a contemplative character drama.  What I find strange in the combining of the two is that they have different motifs, styles, and even energy levels.  They don’t mix well nor do they compliment each other.  So while you are largely intrigued by “Nocturnal Animals,” the story in the book does a much better job at grabbing our attention. 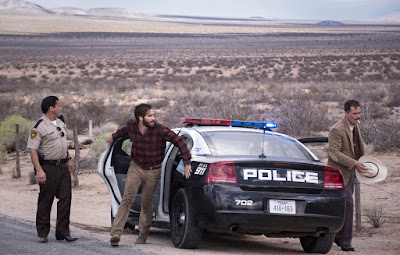 It doesn’t make the real life story any worse, it just highlights how much slower and uneventful it is.  This is a problem Ford either didn’t realize or didn’t care to see.  I believe he had a vision and the final project is ambitious, if nothing else.  It never comes together as a whole.  Keep in mind I can still recommend the film because the movie is usually engaging and never bad.  It’s just a shame that it has such a split personality because it feels like greatness was potentially within reach, and “Nocturnal Animals,” for as much great direction that appears on screen, seems to be a movie that lacks proper focus when you watch it as an observer.