Making a movie based on a TV show is always a tricky thing because the director has to keep two different audiences in mind: those who are familiar with the property the movie is based on and those who are not.  Now that I think about it, as a film critic the review about said movie can vary wildly depending on the writers own familiarity with the source material.  As someone who first watched the show when it premiered in syndication in 1995, I am more familiar with this than most critics who write for non-geek culture inspired websites are.  Watching “Sailor Moon R: The Movie” for the first time since I was a teenager reveled some interesting new thoughts I had about not only the film, but on the franchise in general, and how Sailor Moon was way more ahead of its time than we gave credit for. 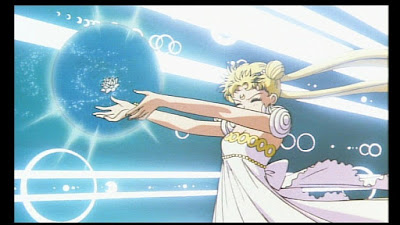 I have heard over the years that the movie is essentially one long episode that happens to have some theatrical quality animation that goes with it.  I understand this sentiment and I won’t completely deny it.  However, consider the current Hollywood marketplace where we have movie franchises that span multiple installments, cross over with other movies, and are written with future installments planned far in advance.  In a strange way, Hollywood is trying to mimic the very thing it was once poised to destroy: TV.  Now people want things to be open ended and accessible to the widest possible audience.  From that perspective, the movie might be seen as a failure as it is a self-contained story (I know, it’s funny how that works out sometimes). 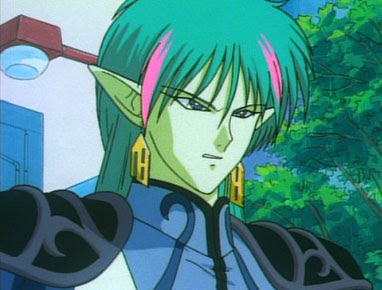 Where the movie is a great compliment to the TV show is that this is the most ideal place to introduce someone to Sailor Moon and is an example of what makes it very cheesy and oddly compelling at the same time.  It isn’t often when a critic is asked to tell someone what a movie is about and they have to reply that it’s about a killer flower from outer space.  That’s the kind of description that would make for a B movie from the fifties.  For Usagi (who is Sailor Moon for the unfamiliar) and her friends, this is the evil force they will have to defeat.  The TV show had this formula where creatures show up to suck human energy and destroy things, with the Sailor Soldiers taking them down, and then having most things go back to the way they were before.  Most of the time the creatures were controlled by a more powerful villain, and in this case that villain comes in the form of Fiore, an alien who has a past relationship with the main hero’s boyfriend (and no, it’s not how it sounds). 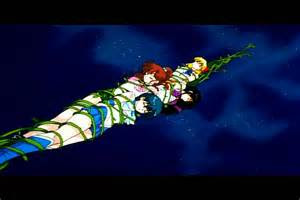 Fiore, I must admit, makes for a compelling villain despite his weapon of choice being a bunch of mutant flowers with sharp teeth.  He is a lonely man who was treated kindly by someone once before, spent most his life trying to repay that person, and in the process found himself under a destructive power.  While it is true the flower magnifies his hate, there is a true depression to the character that makes him tragic, which is one of the elements that made for some of the best villains in the TV show.  Because what made Sailor Moon special – and what continues to do so – is the humanity of the characters.  It’s easy to laugh at transformation sequences that get repeated one too many times.  It’s easy to laugh at girls in mini-skirts fighting plants.  It’s really funny to see cats do 3D models on a Macintosh and think that at one point this was considered cutting edge. 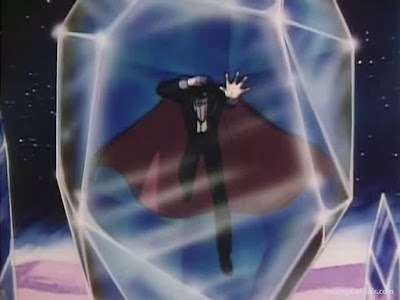 What has always made the series shine though was the characters, and this is where “Sailor Moon R: The Movie” gets everything right.  The friendship the girls have feel authentic for something that is so fundamentally goofy at its core.  Usagi is not only the sort of person you would want to be your best friend, but she can be goofy and caring at the same time.  The movie is clearly made with kids in mind, yet it also takes the audience seriously enough to be tough on them (a concept Walt Disney was able to take to the bank).  There is a scene later in the movie (and one that I will be vague about to avoid spoilers) where tragedy strikes.  Now, even people who don’t write for movies for a living knows that what is occurring can’t stick.  It must be undone before the end of the movie even.  However, the situation is treated with such delicacy, such sadness, that to not react to it suggests you have a heart of stone.  It's not done to artificially add tension; it is done to emphasize character emotion and their struggles with loneliness and need for family. 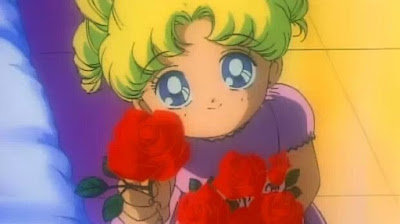 The movie was directed by Kunihiko Ikuhara, who helped shaped the style of the show.  He knows these characters inside out and knows how to make the most out of an emotional scene.  His elegant art style helps create an atmosphere of beauty and foreboding, the kind of mixture that is difficult to pull off, and he does so here masterfully.  It almost feels like a Van Gough painting that was interpreted for animation.  I don’t know how many long-time Sailor Moon fans pay attention to color use and camera angles, but if this is their twentieth time watching the movie they may want to take a moment to pay attention to such things, as they add much more to the overall experience than I think they realize.  Well, except for the shot with fuzzy computer generated asteroid.  It doesn’t look good now, and even watching the movie as an AVI file on my computer years ago, I can attest that it didn’t look good then. 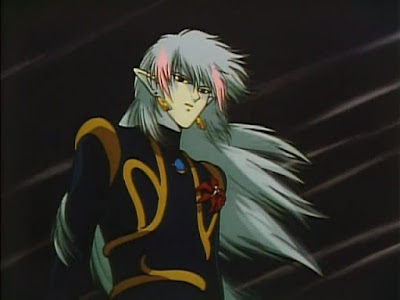 The million-dollar question remains then: is this a movie for the fans or for everyone?  I know it is a question that must be addressed, but I feel it is almost a disservice to the work that went into it.  Because, yes, if you aren’t a fan of Sailor Moon you are likely to struggle with it.  It presents some silly ideas that are hard to wrap your head around without previously being introduced to them.  At the same time, “Sailor Moon R: The Movie” is the perfect introduction to the character.  It contains the silly moments, yes, but it also has the heart and the emotion that has made the series stay in people’s hearts more than two decades after the show first premiered.  The new English version produced by Viz Media is easily the best I’ve seen.  Previous attempts to dub the material have proven so bad that viewings of them inspire drinking games for college kids. 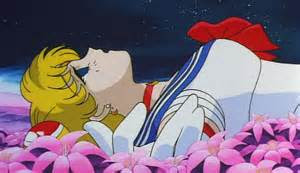 The actors in this new version are comparable to the Japanese cast, the original music is preserved, and the script is faithfully translated.  I obviously recommend the original language if possible (which will be a given when it comes to BluRay), but it is nice to see someone taking all this seriously for a change.  Not too seriously, hopefully, because it’s still a movie about killer flowers and pretty girls who kill them, and if you can’t have fun watching that then you’re doing something wrong.  Of course it will help if you are already a fan (and the bottom score is more for them than newcomers), but even sitting in pragmatic judgment of this piece of commercial pulp, "Sailor Moon R: The Movie" provides a lot of fun and a lot of emotions.