It has been so long since I saw a good M. Night Shyamalan film I forgot how good of a film maker he was.  Not only does he understand editing and direction in ways that most directors don’t – how he builds, toys, and manipulates the audiences while somehow making them participating players at the same time – but he is also a gifted writer when he really thinks things out.  The final result here is good enough that it makes me wonder why the heck his career has been filled with such garbage in the last decade or so.  What Shyamalan has crafted with “Split” is a very clever, often creepy thriller that has sensible twists and is anchored with a great performance by James McAvoy.  There are likely to be some people who don’t like this, but it may be for reasons other than the quality of the film (and we’ll discuss those reasons later). 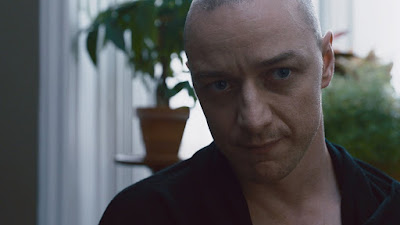 The story revolves around a few teenage girls who are abducted by a strange man in the parking lot and put in a cellar.  Unsure of where they are or what is going to happen, they desperately plead for help from a woman whose voice they hear arguing with their captor.  When the woman comes in though she not only turns out to be the man who abducted them in a dress, but he seems unaware that he is having a conversation with himself.  Turns out Kevin (McAvoy) has twenty-three different personalities living inside him.  They seem to come in and out at random times (though there appear to be a couple dominant personalities) who have abducted the girls because they believe a creature called ‘The Beast’ is coming, and the girls are essentially a sacrifice.  So…that all sounds like a fun time at the movies, right?! 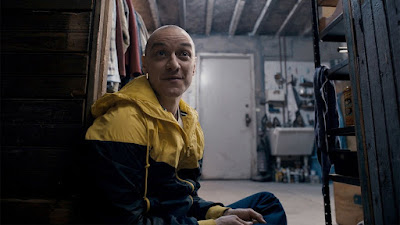 I’ll admit this isn’t the most comfortable setup you could have, but it really does work as the starting point for multiple mysteries.  You wonder how Kevin got to the point where he has multiple personalities.  You ponder why the girls have been abducted and what will happen to them.  One of the girls is surprisingly calm during all of this and seems to have a calculated response to most of what happens.  Whatever her past, she seems to know how to take advantage of her settings and tries to strategically play Kevin’s multiple personalities off each other.  You wonder why she is this way and Shyamalan is smart enough to not tell us right away.  He trusts his audiences to sit and wait patiently for the story to unfold, rather than just spouting off facts that may clear things up sooner, but don’t lead to any emotional payoffs.  If you don’t like waiting for the story to unfold then McAvoy’s performance should keep you busy until everything becomes clear.  This is the sort of performance most actors dream of getting. 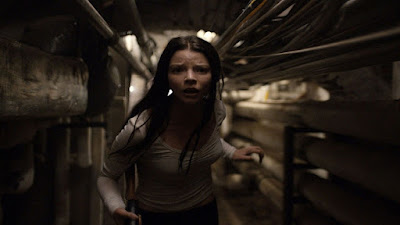 It allows him to try all sorts of different things within a short span of time and always remain engaging.  Not every personality works, but it is never boring.  Now, this does become a double edge sword because for most of the movie I wasn’t sure if I was on board with it because I wasn’t sure whether this was supposed to be taken seriously or with a lighthearted jab.  When the ending comes, everything gets cleared up, and it’s nice to see a great twist Shyamalan ending that not only clears things up and surprises you, but makes you re-evaluate everything that has come before.  I don’t want you to go into the movie trying to figure the twist out though.  Not only are you VERY unlikely to, but to spend time looking for clues means you spend time not paying attention to what is actually happening, which is far more important than having the bragging rights of figure something crucial out early. 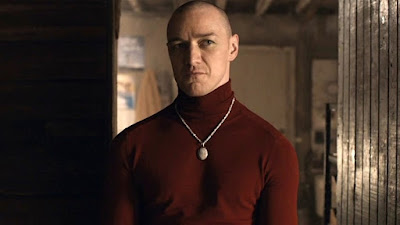 With all that said, “Split” is likely to divide people on the subject matter.  I know mental illness is a serious thing.  I know it can be dangerous if diagnosed incorrectly.  I have some mental issues myself and I have friends who suffer from crippling depression, so I know this is a serious subject for Shyamalan to make a thriller about.  That said, I think we need to acknowledge that this is a movie.  By the end of it you will know what kind of movie this is, why the subject was used the way it was, and to expect it to be aware of the real-life problems of split personality disorder would be asking for way too much.  The big victory here is that after so many movies where you felt the man could do no right, M. Night Shyamalan has proven with one great movie how good he can really be.  Ironically, by going back to what made him famous and doing what he did right then today.