"O.J.: Made in America" Review


The story of O.J. Simpson is the story of America.  That’s how several people put it in “O.J.: Made in America,” and walking away from the (almost) eight-hour documentary left me feeling that the story of O.J. is not only the story of America, but how people in America relate to each other.  For the story of O.J. is tragic on multiple levels.  It is tragic that a man who has so much success should find himself the center of a double homicide murder.  It is tragic that the people who prosecuted him were likely right to do so, but couldn’t stop themselves with playing fast and loose with the law.  It is tragic because I think America needed a man like O.J. Simpson to help bring people of various color together during a time when we needed to be pulled together.  O.J. had a saying when he was asked to join civil rights movements: “I’m not black: I’m O.J.” 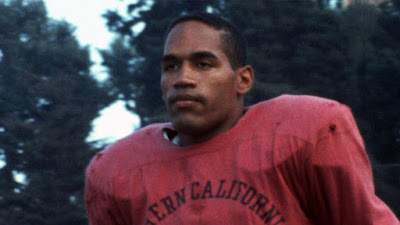 Yes, he was O.J.  He was “The Juice.”  He was a star football player.  He was loved by many.  He was the man running through the airport trying to get a Hertz rental car.  He was arrested for murder and the nation was shocked.  Here was their beloved hero being arrested for killing his wife and her (supposed) boyfriend.  For many white people, I assume the disappointment came because their beloved quarterback was being led away in cuffs, with evidence behind him that would be pretty damning regardless what his race was.  For the black community, though, his arrest was an example of a justice system that had not protected their community for years.  Coming so shortly after the beating of Rodney King and the acquittal of officers that should have very well served time in jail for the beating, this was just one more example of “the man” picking on a poor black man who happened to be one of the few in general who made something of himself. 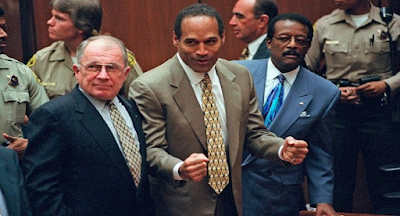 Considering the trial itself lasted several months it should come as no surprise that the movie needed to be long.  At just under eight hours in length, it deals with O.J. as a person first, a criminal second, and a fallen figure third.  Most will watch the movie in three or four parts as broken up by the various streaming sites, but watching the whole thing in one sitting is the only way to get the full experience of what director Ezra Edelman has intended for you.  There is a rhythm to the film that sways and flows in one sitting that you don’t get when you watch one part, walk away for a day or two, and then come back when you feel refreshed.  The idea of the movie is to emotionally drain you where you realize just how much O.J. failed America.  True, he never set out to be a role model.  He loved fame and felt entitled to it, but considering what a nice guy he was in the beginning, the events of his later life feel all the worse when you consider how much benefit of doubt the black community gave him. 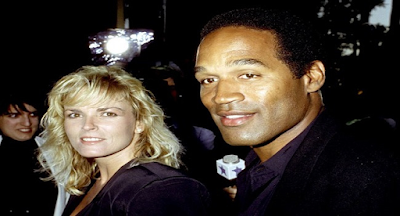 What is stunning to me about the whole trial is how much it divided America.  For white people, it was just the trial of a man who clearly murdered his wife.  For the black community, it was one of their own being persecuted once again.  It didn’t really matter that he had more white friends than black, race became the motivating factor.  I sometimes wonder if the irony of a man never using race as an excuse to be successful all of a sudden using race as a reason not to go to jail was lost on everyone.  Never mind.  If there is one topic that is oddly skirted in the movie, it is Nicole Simpson herself.  Considering we live in a world where it is largely claimed that women are given the raw end of the deal and that there is no justice to be found for them, how does the world, in retrospect, react to one form of civil rights being prioritized over another?  There is a political cartoon seen in the movie where a kid asks him mom “what is the forbidden ‘n word’ people keep talking about?”  Her response: “Nicole.” 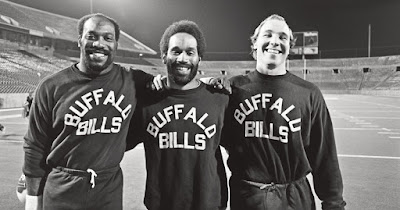 The fact that the movie brings it up means it is acutely aware that there was a key element of the case that got overlooked, yet it doesn’t know how to bring the point home.  It has its plate too full with Simpson and the impact he was having on the black community of the time.  The film maker talks to a few of the jurors that decided O.J. was not guilty, and their responses to why they freed him ranged from they wanted revenge for Rodney King to the trial went on long enough and they just wanted to go home.  From my perspective, that means they utterly failed in their duty as citizens, and I see them as part of the problem with the system they hate so much.  When O.J. is jailed for a much more obvious crime later in life, the disappointment on their faces is undeniable.  By freeing him it was like they gave him their personal stamp of approval, and he threw that gift away and spat in their faces.  I suppose that means he disappointed them twice in their lives. 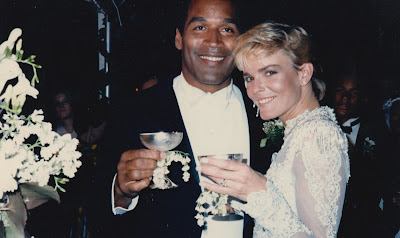 The story of O.J. Simpson truly is the story of America, and “O.J.: Made in America” is almost as perfect a film you can get on the subject.  Through the man, we document where race relations in America were, where they were headed, and the crucial moment where things started to fall apart again.  Maybe it was unfair to put so much responsibility on one man, but unfair or not, that is how things happened.  I don’t believe the time to heal and forgive has past us.  Forgiveness and love are bigger than one man, and even Jesus relied on the Father and the Holy Spirit to help lead us.  The trial of the century was indeed a blow to the American dream, and after watching this movie I wonder if we are still subconsciously recovering from it.  Either way, there are still good people in the world.  When we see them, we can embrace them for their virtue.  For our own protection, though, it might be good to acknowledge they are human, and humans can fall at any given time.