One of the most exciting scenes in “The Founder” involve two men telling a milkshake salesman how their restaurant works.  They discuss how they used to be like any other drive through restaurant.  They offered a variety of items and did everything they were supposed to, but success was always outside of their grasp.  Then, they had a vision for a new concept called the Speedy Service.  They would do away with the drive-in model.  They would get rid of plates.  81% of their sales were in burgers, fries, and Coca-Cola, so they will only sell those items (and milkshakes, because…who doesn’t want milkshakes?).  They will wrap their food in paper and place it in bags.  They will have an assembly line for their cooks so that food can be made fast and ready to go in thirty seconds.  We watch this scene and find we are buying into the idea.  This sounds like the greatest invention of all time! 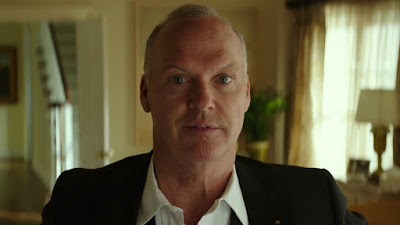 In way, it is, because this little burger shop was called McDonald’s, and there was a time this system was unique and revolutionary.  Now we see it as a stepping stone where teenagers gain work experience through a low wage paying job, but at one point in time they were the only ones doing this.  Ray Kroc (Michael Keaton) seems to be the only one who recognizes what they have.  A struggling salesman for years, he lives a comfortable life, but admits to his wife he will probably never be truly happy unless he is able to put his stamp on the American dream.  When he sees McDonald’s, he sees his dreams becoming reality.  With McDonald’s, he sees America.  When selling the McDonald brothers on the idea of franchising their creation, he says “the Golden Arches can be as iconic as the American flag and the churches cross.”  It seems blasphemous to suggest such a thing…until you realize that this predication came true. 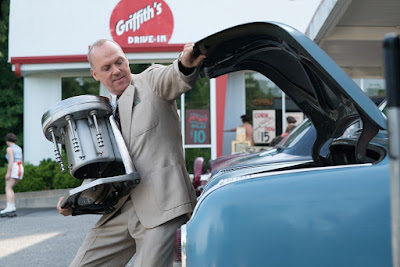 I remember watching “Super Size Me,” and in one of many memorable scenes, director Morgan Spurlock shows a variety of pictures to children and asks them who they are.  It was sad that Jesus wasn’t recognized by a single child but that Ronald McDonald was recognized by all.  Ironically, despite all I’ve described, “The Founder” is not a movie about the rise of McDonald’s.  This is about a man.  A man who, by all accounts, was a hard worker and doing what he could to make money.  He worked hard and deserved a piece of the American dream.  The movie is also about how much of a failure that success made him in his personal life.  Like “Steve Jobs” a couple years before, “The Founder” has no illusions that Kroc was a good man.  It recognizes early on that he is selfish and manipulative.  But he is a man of honor early on.  He does keep his promises and seems genuinely interested in a real partnership. 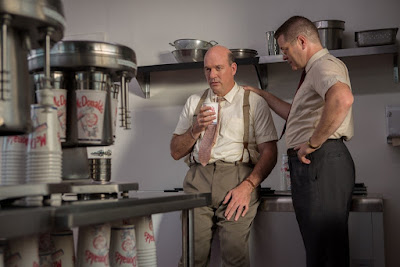 Only when he has a taste of success do the problems come in, as the McDonald’s brothers find any sort of expansion fine.  Kroc doesn’t want to just expand though: he wants to overthrow.  Soon his business practices are conniving and unethical.  At one point, they even become illegal.  But with a legal system that approves almost countless appeals, the McDonald brothers have no hope of stopping him.  All of this is anchored by an award worthy performance by Michael Keaton, who plays Kroc as the SoB he truly is, but likable enough early on that you can’t help but respect the man until he becomes so deplorable that you simply no longer can.  I think my mom said it best when she pointed out her biggest disappointment in Kroc was that he didn’t keep a handshake promise with key characters.  The disappointment here isn’t really the fact that he broke his word and did something wrong. 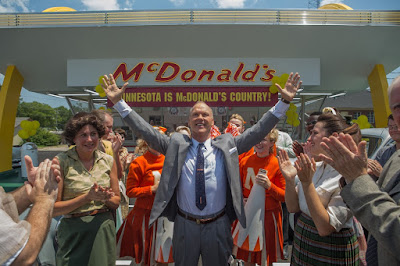