My first thought when the credits to “Logan” rolled was “I think comic book movies officially need to grow up.”  I open with that statement not referring to “Logan” but of superhero movies in general.  I know I am going to make a lot of readers who like comic book movies mad.  I know they are going to write comments and send e-mails about how naive I am.  But guys, it’s time to face the facts: the genre needs to grow up.  We as an audience need to grow up.  We should have grown up a long time ago when “The Dark Knight” graced our screens, but now with “Logan” I have been reminded once more what a real movie looks like.  I have been reminded that comic book movies can be mature, sophisticated, and intelligent.  They can still have their action sequences, but only by moving towards an end goal can anything truly be accomplished.

If rumors are to be believed, this is the last time Hugh Jackman will be playing Wolverine.  I first saw him play the part in 2000’s” X-Men,” which means I’ve been watching this actor portray this character for some 17 years now.  It is amazing to think about not only the amount of time spent with this actor playing this character, but to also think how it took so long for him to play the part in a movie audiences can really sink their, erm…CLAWS into (ho ho)!  For in this film there is no super powered villain to face off against.  There is no end-of-the-world plot that must be overcome.  There is, instead, a little girl who is his daughter.  She has the same powers as he does and is being chased by humans who wish to use that power for their own selfish purposes.  This sounds conventional enough, but pay attention to the tone of the film.  Pay attention to the pacing. 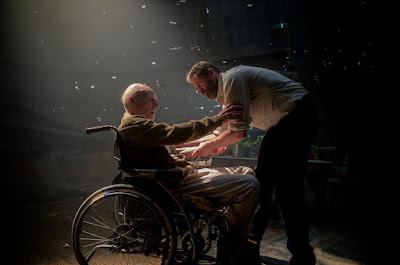 This is not an action movie.  It doesn’t look like one, it doesn’t feel like one, and it doesn’t play out like one.  It plays out like a family relationship drama that just happens to have people who have super powers.  Heck, the word ‘X-Men’ isn’t even used once as far as I could tell.  I felt I was in for something different when Logan (Jackman) was driving a car, making some money, for drugs to give to an ailing Charles Xavier (Patrick Stuart, in what may be HIS final turn as this character as well).  Though Charles is not his father he feels he is a father figure.  We don’t know what happened to the other X-Men in this case, but considering the tone of the film this is just as well.  Because this is not a movie about superheroes: this is a movie about human beings.  It is about one human being in particular, who finds himself with a new responsibility he doesn’t want.  For that matter, he finds himself dying from a horrible sickness, and is debating if he even wants to attempt to survive it.

When the characters talk to each other they aren’t talking about the end of the world or even about the men who are chasing them so much as they are discussing the pros and cons of having a real family.  This is…sensitive material, really, when you stop and think about it.  Much had been made about the fact that Fox was going to let this movie go into production with an R-rating and eschew the family friendly PG-13 market.  Though that does guarantee that there is more violence and swearing this time around (as well as a brief nude scene), giving a movie more edge does not make it inherently more mature.  “Deadpool” was rated R and that movie had a main character who acted like a (very funny) child the whole time.  What makes “Logan” mature is the fact that it is about a person, not a superhero.  I suspect many X-Men fans will even hate this movie because of that fact.

They will wonder where the Easter eggs are that connect this movie to the grander X-Men universe.  They will not find any.  They will wonder where the huge battle to save the world is.  There is none.  They will probably view the ending and wait for after the credits to see how the story will continue.  It won’t, and there is no post credits scene.  Again, “Logan” is an actual movie.  It is well written, brilliantly directed, and skillfully acted.  This is the type of thing that grown ups used to pay to see.  Then, at one point, we all wanted to be kids again.  We started going to movies that were sold to teenage and adult audiences, but were made for young ones.  We started debating which ones had the most explosions.  We convinced ourselves this was “art.” 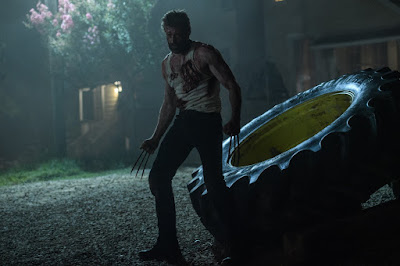 We got so wrapped up in “cinematic universes” that the building blocks to bigger worlds took over the importance of the people who inhabited them.  I don’t need future superhero movies to be rated R, but I do need them to respect the ticket buyers.  We can still watch a “Deadpool” because it’s funny and partake in the thrills of a “Doctor Strange,” but “Logan” has just schooled virtually every superhero movie that has come out in the last decade because it loves the characters and respects the audience.  I feel guilty for having enjoyed so many mediocre affairs when I knew that they had the potential to be great movies in general, not just great for what they were representing.  “Logan” needs to be the first step of a recovery program for this genre, because now that audiences have a taste for what good adult entertainment looks like, these movies are going to be struggling with an audience that is growing up without them (and should have a long time ago).