At one point in “Philadelphia" we find a sick man on the stand in court.  He is sweeting profusely, mumbling his words, and his eyes wonder the room as if he is having a hard time keeping focused.  But he is telling his story of why he wanted to be a lawyer.  He tells of how he was inspired by certain people to make a difference and, despite the current legal problems he is having, he loves the law and still wants to be part of it.  This is Andrew Becket (Tom Hanks), and he is dying of AIDS.  He was a lawyer who had a promising career, but suspects he was fired when men he worked for suspected he had the deadly disease.  Now he sits on the stand, praising and condemning his former co-workers, all while receiving little sympathy from a jury and audience who simply see him as a sick faggot telling his sob story.  He is used to this, of course, but that doesn’t make it right. 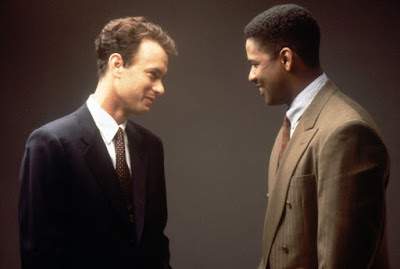 By this point the audience in the theater is very likely to have a soft spot for Andrew.  While I have no doubt there will still be prejudice people who watch this movie and see nothing but gay propaganda, the reason “Philadelphia” remains an important (if not flawed) film is because the movie isn’t really about what it seems to be about.  This is not about AIDS.  It’s not about homosexuality.  It’s about discrimination.  It’s about seeing someone human who you might have labeled as less than human before.  This is represented by Andrew’s defense lawyer Joe Miller (Denzel Washington), whose thoughts about AIDS most likely reflected the average person in 1993.  His journey is not simply about winning a high-profile case, but about seeing his client as a victim of circumstance, a human being, and maybe even a friend in the end. 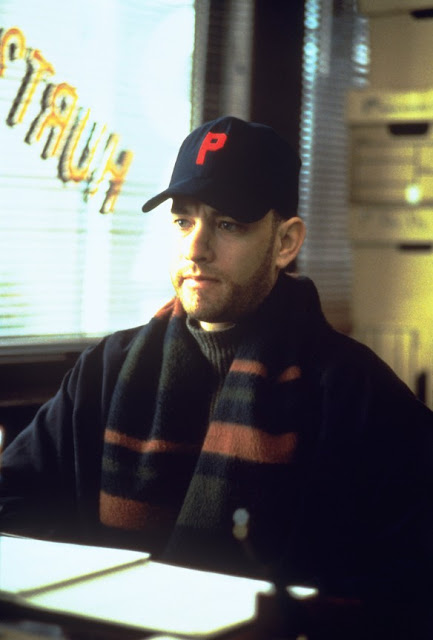 In an attempt to do this, the movie may have tried too hard to make Andrew look like the all-American son at times.  A scene where he is talking to his family revels the perfect liberal family, who love their son and sibling so much not a single person has any objection to him going to court.  For that matter, none of them seem to have any issues with his sickness, which is the real reason people don’t want to be around him.  I can understand people accepting homosexuality at the time, but the fear of what AIDS was and how it was spread was so misunderstood, I find it unrealistic that not one of his family members is afraid to touch him (this movie came out a year and a half before Princess Diana became the first celebrity to touch an AIDS victim without gloves).  Never mind, I suppose Andrew needs SOME support during this whole mess! 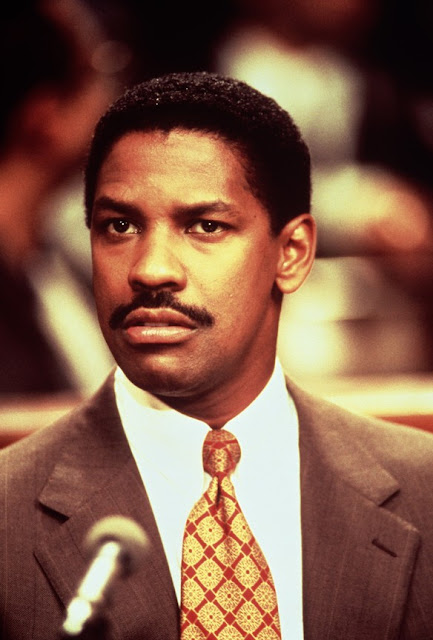 God knows he doesn’t get much of it for the majority of the film.  Again though, this is a movie about fear of a disease and discrimination.  Andrew is shown as wildly successful one day, but give him a few months and he’ll be standing in the street, on the verge of tears as he realizes how little respect people have for him once they discovered what he did in his personal life.  He goes from shaking hands of powerful people to having those same people move away from him into a corner because they are afraid he’s going to give them his sickness.  Director Jonathan Demme doesn’t use too many visuals cues like he normally does, but he does keep the camera focused on body language and facial expresses to properly convey peoples prejudices even when they aren’t saying anything.  This is also the movie that put Tom Hanks on the map as a great character actor, though co-star Denzel Washington does a lot of heavy lifting himself. 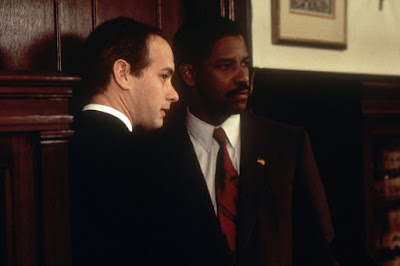 “Philadelphia” is sort of an odd movie to watch today, I will admit.  Gay people are more accepted than ever before.  AIDS is not the death sentence it once was.  For that matter, we are much more aware of how you can catch AIDS and how to protection ourselves to avoid that, so it seems silly to think at one point we were afraid to shake hands with people who had the disease.  The fact that the best way to get the point across was as a court room drama might be considered cheap, but the time period most likely required it.  Better movies have been of this subject, but the characters in this movie are likable enough that I find myself revisiting it every few years, and Hanks performance really is one for the ages.