I suppose we need to get personal with this review.  I have issues with God.  I have many issues with God.  I have enough issues with God right now that I’m not even praying.  I don’t see much of a point in doing so.  Prayers have been answered before, but a key prayer of mine that I desperately want to be answered has not been.  It’s not even a selfish prayer either if my well-worn copy of the Bible is to be believed.  The desires of my heart are not only human nature, but that of a spiritual one, which makes the lack of a response all the more frustrating.  How ironic then that Terrence Malick’s “Song to Song” tackles not nessicarily that desire, but the circumstances surrounding the desire.  This is a director who makes movies about spiritual questioning and doubt, and he has delivered another movie during a pivotal moment in my life when I needed to see it. 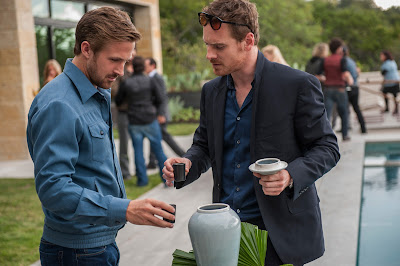 What’s more, it is a movie others should see.  It is a movie that forces one to search deep within their soul and look for something greater than themselves.  Like most of Malick’s films, it is not always forthright with the point it is trying to make.  There are moments where he decides to let the scenery do the talking and have the actor’s facial expressions the conveying.  For some it will be seen as just more self-indulgence from a director who has gained a reputation for living in his own word.  I suppose that is a fair complaint to have.  I don’t agree with it, but if art is subject then so, to, are personal views.  When you combine the two I guess it shouldn’t be surprising that most people will walk away confused and befuddled.  This is one of those cases that could very easily turn into a “you either get it or you just don’t” scenarios.

So, I should just end the review there, right?  Acknowledge the serine beauty of the film while surrendering to the unconventional pacing?  No, I’m not going to do that.  For starters, I do have a stronger leg to stand on this time around since there is more dialog here than there has been in the past few Malick films I’ve seen.  Still mild by most standards, but the characters do talk to each other this time around.  They need to, since this is a movie that, on the surface, is about four people who get caught up in messy love triangles.  There are two men, one girl, all three have a relationship with one another that just gets more complicated once sex is involved.  The forth girl is almost an outside observer in all this, which is probably why she gets hurt more than the others when all is said and done. 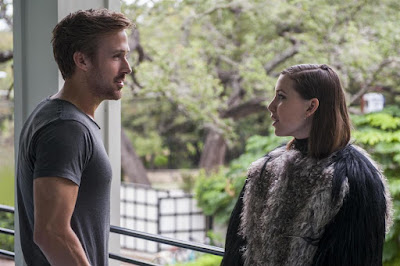 On a deeper level this is about people who reach for happiness but find themselves sabotaging that potential happiness by perusing worldly sins.  BV (Ryan Gosling) is a songwriter who comes to LA to peruse his career, but secretly may be concerned about being consumed by a lifestyle he doesn’t want.  Cook (Michael Fassbender) is the music mogul who does business with BV and throws lavish parties, and may be the only one who truly embraces his sinful life and uses it to his advantage.  Fave (Rooney Mara) is the central focus for most of the movie as she is torn between the two men and who she wants.  Or is it not the men she is torn between, but rather the lifestyles they represent?  One represents goodness and love, while the other embraces sexual indulgence and throws caution to the wind.  She ponders (prays maybe?) that she wants a better life, but admits that the sin is too tempting sometimes.

The story is told in pure Malick fashion, with long shots and contemplative looks between characters.  This is a director who takes the “show don’t tell” philosophy of film making more to heart than any other director I know.  He does let the characters talk more than usual though, which might help the audience understand more where he’s coming from this time around.  His method of filming is rarely perfect.  There is a subplot involved Cate Blanchett that proves there is a limit to how much we can take of side stories that take up too much time for too little of a payoff.  Most of the time it’s easy for me to brush off a little side trip for the greater good, but in this case Malick may have been too much in love with the movie to realize he was spending time on a point that was already made earlier. 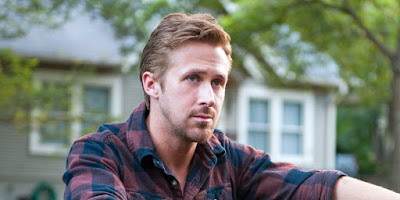 Still…to focus too much on the trivial things that don’t work would be to miss the greater picture.  Which, really, makes the flaws all the more understandable.  In life we focus so much on the trivial things in our lives that don’t work, that the grand picture is normally lost.  At least Malick’s vision isn’t completely lost…at least, to me it wasn’t.  When I saw “The Tree of Life” I saw it at a time when personal loss had suddenly come into my life, and the concept of trusting in a divine God was difficult.  Now “Song to Song” comes at a point in my life where another loss has come in a different form.  While I am not personally struggling with many of the issues these characters are, I know someone who is, and that frayed relationship has now put a strain on my spiritual walk.  I know he doesn’t make movies with me in mind, but that is VERY interesting that he should make release two movies at just the right time for me!

To the point where I wonder what the point of a star grade is?  What’s the point of a review?  Reviews are an art form themselves as they are meant to express the way a person reacts to seeing a film, and maybe providing a little understanding to it as well.  Movies like “Song to Song” are meant to reach deeper though, and only the person watching the movie can decide if that reach is doing anything for them.  My experience with this particular film is not going to reflect yours.  My star grade is by no means a good indication if you will feel touched, moved, offended, or bored by what you see.  Ultimately, I recommend you see it.  I recommend you see it if you are struggling with sin.  If a friend of mine was currently speaking to me I would recommend she see it as well.  However, I recommend you approach it as an emotional experiment than a movie.  I believe that will explain more about “Song to Song” than any review could.