"Guardians of the Galaxy Vol. 2" Review

It didn’t take more than five minutes into “Guardians of the Galaxy Vol. 2” for me to start tapping my toes while bobbing my head, having a good old time.  Part of that may be because the movie opens with ELO’s catchy as hell “Mr. Blue Sky” playing in the background.  However, I think main reason this is such an effective opening is not only because they picked a great song, but because they decided to have a little dancing tree enjoying the song, all while his team battles a slimy alien in the background.  It’s one of those combinations that critics are supposed to observe as “mass marketable sequences,” where you get the sense the studio figured out the most common elements people were sure to love, put them together in one sequence, and ran with it.  In a sense, I’m sure these critics are right (and I probably need to acknowledge that I recognized what they were doing as they were doing it), but it does work. 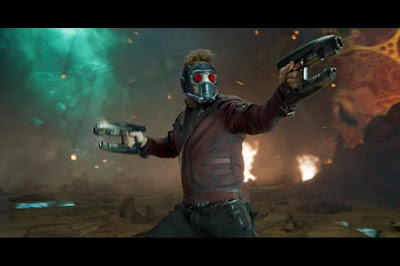 It shows what kind of movie you are in for and does so shamelessly and without remorse.  Basically, if you don’t want to watch a movie where strange animals and humans fight even stranger aliens while listening to disco music…well, then frankly, the film can’t help you (neither can I, if we’re being honest).  For those who do want to watch such a film I am happy to report that this movie contains the same number of laughs, thrills, and catchy tunes as the first one.  At worst, it lacks some of the surprise this time around, but that is just the reality of sequels in general.  At least there is some genuine character development this time around, as Star-Lord (Chris Pratt) makes some real discoveries about his past, who he is, and why he exists.  He does this while juggling a complex relationship with Gamora (Zoe Saldana), as he feels they should “do something about this unspoken thing between [them].”  Also, he has a new mix tape, and if you like what you hear you can buy it at your local record store. 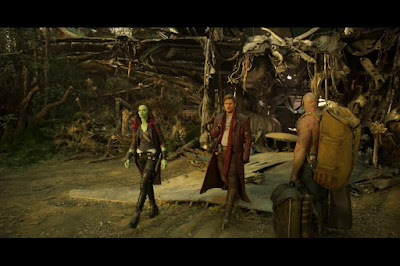 Most of the characters had previously been introduced in the last film and there are only a few new additions, but fans of the eighties will be happy to see that Kurt Russell has been added to the cast and plays a very important roll.  If you’ve seen the previews you likely know what that role is, but I believe in spoiler free reviews, so his identity will be kept hidden here.  On the technical side of things everything is pretty much an improvement.  Pacing is better now that characters don’t have to be introduced.  The IMAX 3D effect is so immersive and impressive, that I feel sorry for those who choose to see this in standard 2D in an attempt to save a few bucks.  Also, fan favorite Rocket Raccoon gets more screen time this time around, and Bradley Cooper steels every scene with what is (arguably) the best performance he’s given in his career. 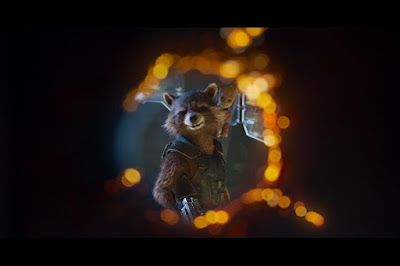 The only reason this doesn’t score higher is because there is a sense of familiarity.  Also, the music, while still memorable, is slightly less impressive this time around (with an original song that proves the producers should just stick to picking classic rocks songs).  At this point, some might be asking me if I’m reviewing the movie or my iPod playlist, but the music is so integral to the series at this point, that I would hate for the film makers to lose sight of it.  I know that the movie is produced by Marvel Studios and that means people are likely to see it regardless, but I feel “Guardians of the Galaxy Vol. 2” is unique for this studio in that they have now made two creative movies that are not dependent on knowledge of other installments of the Marvel Cinematic Universe to enjoy.  Heck, even my mom likes this, thinking of it as “’Star Trek’ with oldies.” 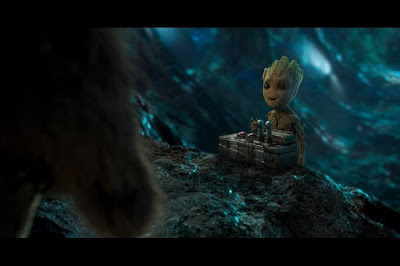 They are a studio that knows how to make hits for teens and the man child in most of America, but rarely have they made something that has such cross appeal before.  So even if “Guardians of the Galaxy Vol. 2” isn’t the breath of fresh air its predecessor was, it still stands as well-made science fiction comedy adventure that has lasers, hip music, and a wise cracking raccoon, and pulls everything off without needing to leave the audience with the lingering question “how does this all lead up to the upcoming Avengers movie?”  I do have one question before I end this review: Is my Zune suddenly going to become a hot ticket on eBay after people see this?