"Norman: The Moderate Rise and Fall of a New York Fixer" Review

You’ve heard of con men who fast talk people in an attempt to make money off them but have you ever heard of a con man who fast talks people just so he’ll have friends?  It’s a bizarre situation to think of, yet that is the premise of “Norman: The Moderate Rise and Fall of a New York Fixer,” where Richard Gere plays the title character and comes off as, frankly, someone we’d like to have as a friend (but might not know this).  Constantly wearing a brown coat and a cap, Norman walks around New York, always on the phone, always trying to get a meeting with someone.  He is constantly promising huge opportunities to people he meets and brags about the connections he has in his pocket.  The funny thing is that he is no one important.  He doesn’t run a business nor does he have any assets of his own.  He eats tuna from cans that he gets from the church donation box. 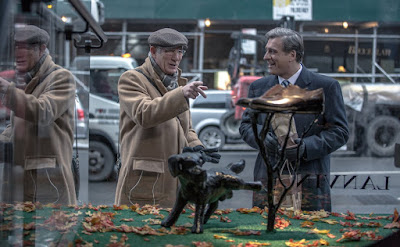 What he is not lying about is his connections, for he does have many connections and they are just as powerful as he claims.  One of them is Micha Eshel (Lior Ashkenazi), who at the beginning of the movie is merely a politician but by the end is the Prime Minister of Israel.  Norman not only knows him, but he has his personal phone number as well.  The meeting was not by accident.  Norman befriended the man and bought him a pair of expensive shoes with money he did not have.  He tells one connection later “it was the best investment I have ever made.”  That ‘investment’ has early implications that Norman will use the man in his business ventures.  Instead, he is the one who grants the favors, and only asks for gifts when they will benefit others.  When politics get mixed into the situation there are a variety of ways things can play out, and most will find their guesses on the outcomes completely wrong. 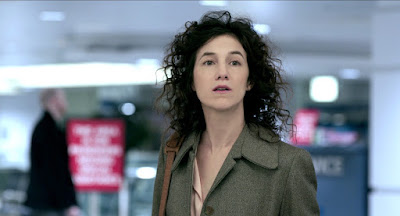 That is because Norman is not the man we peg him to be early on.  In many ways, he is the most selfless person I’ve seen anchor a movie in years.  He is so selfless that most movies could not be made revolving around a man like him, because he is too ordinary and non-confrontational to get a lot of conflict out of.  The brilliance of the screenplay is that it is able to convincingly bring conflict into the main character’s life and make him the center of it without him doing anything wrong.  It becomes funny and a little tragic how misunderstood he is at the end of the day.  It is unfortunate that so much negative comes from what was supposed to be innocent.  The movie, in fact, seems to be asking a very straightforward question: Why? 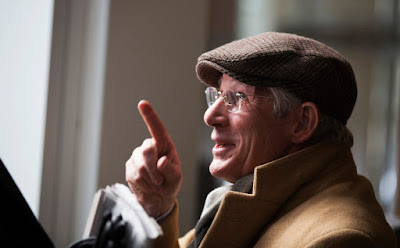 Why do some people wind up where they are?  Why is life so unfair?  Why must politics twist things that were meant to be good into things that are ultimately bad?  “Norman: The Moderate Rise and Fall of a New York Fixer” is special in that it follows a man who could very easily be you or I, gets us to understand why he is doing what he is doing, and then sighs in frustration with us when things get out of hand for completely arbitrary reasons.  This isn’t the sort of movie that is likely to be discovered at the start of the movie season, so I can only hope that my review will at least nudge you to put it in your Netflix queue.  If it is in your local multiplex, please consider buying a ticket.  Sure, it doesn’t benefit from the big screen much, but considering the entire world overlooked Norman’s kindness in the film itself, it would be nice if the real world didn’t overlook this wonderful movie.