The trial of Amanda Knox was one of chaos and wild fairy tales.  I remember seeing headlines that read “Sex Cult Murder,” “Myspace Vixen Kills Roommate,” and something about Satan worship that I can’t remember exactly.  These were not the headlines of Enquirer or The Onion though; they were the headlines of BBC, New York Times, and Chicago Tribune.  We read the stories and they felt too weird and bizarre to possibly be true.  According to Netflix’s new documentary “Amanda Knox,” they were as untrue as they came.  This is, of course, the film makers personal opinion, but it’s one that I find myself agreeing with.  Ironically, not because of anything Amanda Knox herself says, but because of the extensive interviews with the head investigator and a journalist who is hungry to be the first one in the world to have a big scoop.

This is also, I suspect, what the movie wants to be about, but doesn’t articulate very well because it finds itself caught up in the very murder trial it wants to be objective about.  The movie is less than two hours long, which is a criminally brief time to devote to something that reaches so wide and was so famous.  The story of the West Memphis 3 was given three full length features that were released in a span of almost fifteen years.  The Central Park 5 got multiple movies, TV specials, and books devoted to the subject.  Netflix themselves have greenlit a second season of “Making a Murderer,” which revolved around a (then) largely unknown Steve Avery accused of murder.  Amanda Knox is much more famous.  Unjustifiably so, from my perspective, but that too is a result of the media giving her trial a lot more exposure than most others receive. 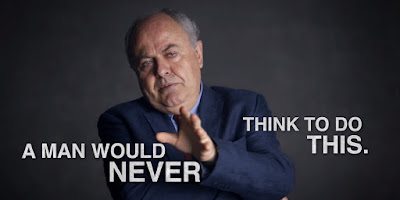 What is clear from watching this movie is that there was this bizarre fascination with her right from the beginning.  The Italians singled her out because of her lifestyle choices, loose nature, and the amount of sex she had.  The American media wasn’t shocked so much by her behavior (she was American after all), but it is a titillating subject to discuss, and scandalous headlines help sell newspapers.  Amid everything everyone seemed to forget that there were human beings in the center of all this.  Real, living, breathing people whose lives were being commented on and manipulated for political gain and profits.  What I find strange about this documentary is that is revels in the very same thing that it accuses everyone else of doing wrong.  For “Amanda Knox” is only slightly better journalism than the kind we see in the movie, and it is only a little less prejudice than the Italian police force it scorns. 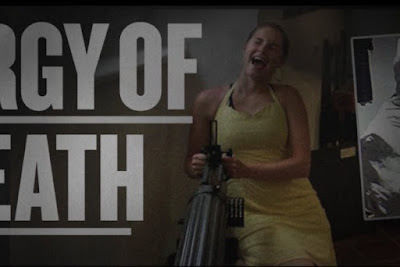 Most of the key players get their time to talk (the victim’s family either weren’t contacted or refused comment), but the film seems to largely ignore the public.  Jury members are not sought out for comment.  The film makers cards are shown way too early, and thus we the viewers are fully aware of the position of the producers before any real arguments are made.  Considering this is a documentation of a real-life case that was stranger than anything we’d seen since the O.J. Simpson trials, the movie is surprisingly predictable.  Before the release Netflix made a huge deal that they caught the live reason of Amanda finding out that she had been permanently exonerated of the murder charges and was now – finally – permanently free.  It is one of the few genuinely great moments in the film.  The question then, of course, is what now?  What does Amanda Knox do now that she is legally free from murder charges but permanently famous over the incident? 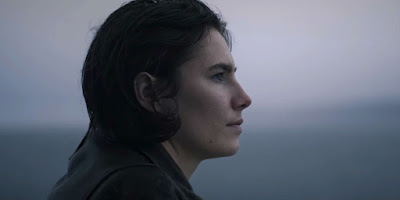 How does one return to a normal life after that?  What sort of bond does she have with her former Italian boyfriend having gone through all this?  These are the sort of personal questions “Amanda Knox” doesn’t ask.  Nor does the film seem particularly interested, as it seems more concerned with the system that arrested Knox and the press that was so quick to feed her to the sharks.  That the movie never questions how we let the systems get to the point where this was possible is equally frustrating.  A mini-series would have given the producers much more time to examine all of this equally, and maybe create a compelling narrative in the making.  Which is a shame because to find out the real details of Amanda Knox now requires a bit of research, and as the movie so painfully points out, who knows which articles can truly be trusted?