"Nobody Speak: Trials of the Free Press" Review

“Without good, strong journalism, you don’t have a healthy democracy.”  This is beautiful quote found near the end of the documentary “Nobody Speak: Trials of the Free Press.”  It is strong and poignant in its statement.  Pure in truth.  Worth shouting from the rooftops.  For great journalism is worth protecting.  It is worth respecting.  It is worth reading, dissecting, and sharing.  This is an argument I can get behind.  As someone who was majoring in journalism in college, I am fully aware of how important the field is.  If there is a flaw to the movie I have just watched it is that it provides a wonderful argument for freedom of the press while simultaneously choosing to back the wrong horse in that argument.  For I do not believe Gawker was real journalism.  They contributed more to the click bait nature of news than any other company I can think of, and their demise was welcomed by me and many others.

The movie argues that even if you don’t like a journalist’s style of reporting it does not mean their words are not worth protecting.  I don’t completely disagree with this.  I believe that even if you don’t agree with someone you should let them speak.  That is why Alex Jones, Ann Coulter, and Michael Moore all get a free pass from me to say whatever they want to say.  “If what they say is ridiculous then may they hang by their own words” is what I say.  However, since all these people are making their own shows/books/movies, they can largely get away with spewing falsities (and most sane people know to double check their “facts” anyway).  For me, the case with Bollea v. Gawker was that it wasn’t news.  Gawker may have the right to report that there is a tape of Hulk Hogan (wrestling icon that has been beloved by children for many years) having sex with his best friend’s wife.  I am for Gawker being allowed to report that. 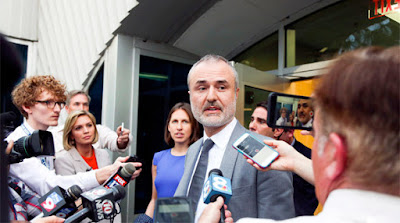 Am I for them actually uploading of said video themselves and calling it news?  Not even close.  I personally believe that this was an invasion of privacy and one that Hogan had every right to sue over.  The fact that they lost the lawsuit is not surprising and most journalists with more common sense would understand why this went to trial.  The fact that a few did not understand this speaks volumes, but it is probably for the best that they had a conspiracy theory in place because a little digging did revel at least one thing about the trial I was unaware of: that it was sponsored by Peter Thiel.  Who is Peter Thiel?  He is a billionaire Silicon Valley investor who helped found PayPal, is a board member of Facebook, and is president of Clarium Capital.  The man is, quite frankly, a big deal in the world of tech.  He took issue with some reporting years ago on Gawker’s part where they outed him as gay, during a period he did not want to be outed. 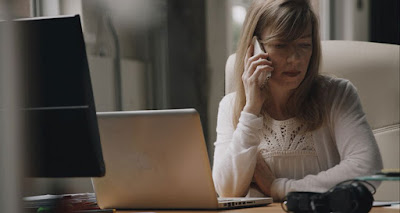 Whether you believe people should be outed before they are ready to or not, it is right of a news organization to report on it (though I personally feel that is a private matter and should be looked upon as such).  Thiel didn’t like this and personally paid for Hogan’s legal defense in the lawsuit that would force Gawker out of business.  What follows is a movie that does some real digging into how deep the problem of millionaires taking personal action against journalists goes.  There are stories of reporters losing their jobs because they wrote an op-ed piece that pissed off a millionaire.  In some cases, these very powerful people are buying newspapers and organizations strictly to ensure that nothing bad about them is ever written there.  One set of journalists find their paper has been bought out, follow the money, only to discover there is a firm behind the buyout and must weigh the risks on reporting the story. 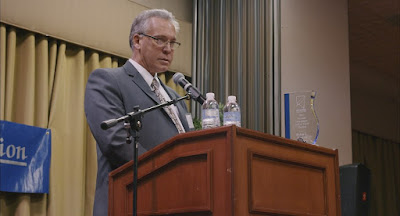 Why, a heavy Hilary Clinton supporter buys a controlling stake in The Onion (of all things) and tells the writers not to make fun of his favorite candidate until the election is over.  What I found most troubling was the buying of the Washington Post by Amazon.com CEO Jeff Bezos, who runs a company that I believe needs to have its feet held closer to the fire by more journalists.  The reason for his purchase: The Washington Post was publishing some VERY unflattering stories about the ecommerce giant, and Bezos wanted to put an end to it.  The more the movie goes on, the more the conflict of interest deepens.  The movie wraps up being very concerned about President Donald Trump and his yanking of press credentials to many established news organizations, a move I find troubling, sure, but to bring that in means you would need to bring in the extreme bias and sloppy reporting most of those organizations showed during the election, which I doubt this movie has any interest of doing. 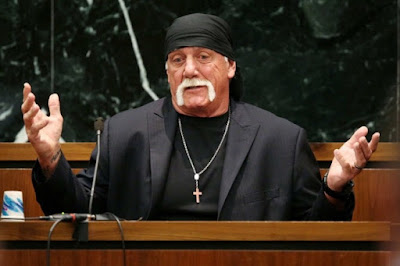 So, where do I stand on all this?  Well, I must reinstate that I personally believe that Gawker was wrong in leaking a sex-tape of Hulk Hogan as if it was news.  It wasn’t news, it was the invasion of privacy he felt it was.  I do agree that a billionaire businessman who held a grudge did flex his muscles to ensure they would at least be tried.  But we must remember he did so because he knew this was a case they would lose.  I am all for journalists doing their jobs and I am concerned about the state of how money might be affecting them.  If “Nobody Speak: Trials of the Free Press” really wanted to nail this point home, they would have done well to pick a more sympathetic example of truthful news reporting being under genuine fire (of where there are many examples of these days).  I feel the movie itself doesn’t do a fair job of reporting on its own subject, though I do believe it should be viewed, studied, and debated, for it does raise some good concerns and we would do well to weigh the pros and cons.  I just wish Gawker wasn’t the ones at the center of this moral debate because that makes everything a little worse for wear.