The most unique thing about “Spider-Man: Homecoming” is that Peter Parker is played by an actual teenager.  I have no idea what sort of praise that’s supposed to be.  Is that going to be enough for movie goers these days?  Is it enough for me?  Am I still writing about Spider-Man?  Throughout the year when I have discussed my career as a film critic this character has been sort of a punching bag for why being a critic is not as easy as it sounds.  I jokingly have been saying “I’ve been writing Spider-Man reviews since 2001.  Honestly…what else can I say about this character?”  What else, indeed?  I know: First world problems of someone who makes a living talking about movies.  You don’t want to read it, and likely suspect I am stalling (which, in all fairness, I am). 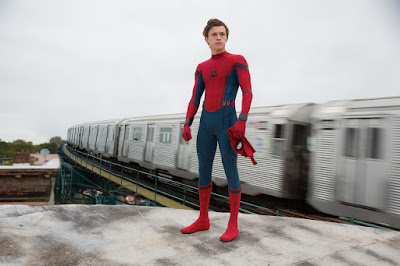 Going into this movie you have likely heard that this is the first Spider-Man movie that is part of the hugely successful Marvel Cinematic Universe.  The previous films had all been independently produced by Sony, who did not share notes with Marvel and weren’t too keen on sharing profits with the (now powerhouse) studio.  After a reboot failed to create a Spider-Man Cinematic Universe for them, they packed it in, made a deal with Marvel, and this freed the character to pop up in “Captain America: Civil War” for a quick cameo, and based on that cameo we now have the setup in “Spider-Man: Homecoming,” where Peter (Tom Holland) is aching to join the Avengers and go on “real missions” with the big boys.  His constant whining about being treated like a kid is going to bother a lot of people.  It didn’t with me though.  Because he’s a kid.  So…he whines.  Yeah, I wasn’t kidding when I said I was running out of things to say about him.

Aside from actual teenage angst this time around, we have a Spider-Man who has more tools at his disposal then he ever has before, yet he isn’t good at using any of them.  This is going to be a huge problem when a villain dressed as a big metallic bird (who is named Vulture…pointing that out here because the movie fails to) swoops in and sells a lot of alien weapons to common thugs.  The fact that both have lots of gadgets but have different skill sets when it comes to using them adds to the excitement.  Some of the audience members who saw the film with me were frustrated that Spider-Man doesn’t have complete control of his suite, but it didn’t bother me.  Because he’s a kid.  So…he has a lot to learn.  I’m sorry to keep beating that point home but it really is the most noteworthy thing to say about this new incarnation of the character.  Really, I think most people who see this are going to be looking so much at Spider-Man that they miss the real star of the show: Michael Keaton as Vulture. 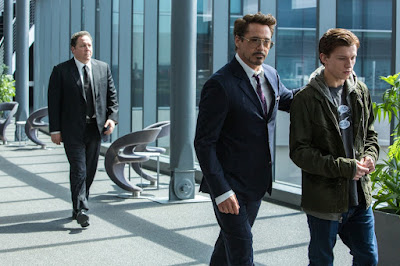 Real name Adrian Toomes, Keaton plays the most unique villain in the MCU since Loki made his debut in “Thor.”  Toomes may be the least evil antagonist Marvel has given us in many a year, selling weapons on the street to make money for his family.  Money, they desperately need after the Avengers cost his men a job that almost bankrupted them.  With the events in this film and “Avengers: Age of Ultron,” Tony Stark (Robert Downey, Jr.) seems to be causing more problems than he’s solving, and it will be interesting to see how the MCU deals with this ‘inconvenient truth’ in future films.  This is also the perfect part for Keaton, who has been in both Hollywood and independent films throughout his career, and made his name by playing Bruce Wayne/Batman many years ago.  Now he is coming full circle, bringing all the chops that made him a great hero and using them to make a great villain. 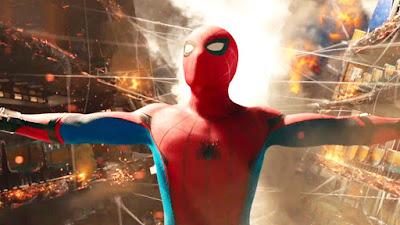 Still…it must be said that this isn’t so much of a new Spider-Man movie as it another installment in the MCU.  Tony Stark shows up to tie the movie into other movies you may or may not have seen.  This has been a problem for years, but it seems especially offensive here.  The movie doesn’t have the heart of “The Amazing Spider-Man” or the emotional depth of “Spider-Man 2,” so while it should go without saying, we’ve seen better from this character.  “Spider-Man: Homecoming” may possibly be the most fun Spider-Man movie I’ve seen, but I left feeling it was similar in tone and identity to all the other Marvel properties, that while I enjoyed the movie, I ultimately had a problem with it.  Fans have been clamoring for Spider-Man to join the MCU.  That’s nice and all, but is that a benefit when the character loses his identity and ends up with a movie that feels exactly the same as the rest?  I’ll leave that for you to decide.