As the typical protagonist of a summer blockbuster to a sequel says, “here we go again!”  It is another year, another summer, and another ‘Transformers’ movie directed by Michael Bay.  I actually wrote a review of the movie before I saw it.  Inspired by a video I saw of Nostalgia Critic, he decided to review the film before it came out to see if it was as predictably brainless and uninspired as all the previous films.  I tried a similar thing, but found the final product to be so much worse than I could have possibly imagined, that I decided to scrap it and write this “proper” review instead.  God knows what a proper review for a movie like this read, but I’m going to try anyway.  It may be more effort than anything the movie threw at me, but someone needs to try to do something just a little bit original with all this, so the critic may as well try to make his review entertaining (even if the movie isn’t). 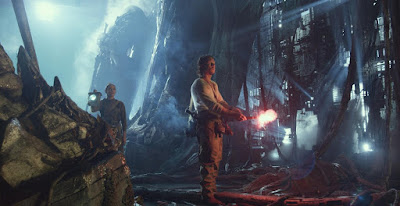 This may prove to be an especially arduous task because the amount of mind-numbing violence that pierces the screen every five to ten seconds kept hypnotizing me to a state of being in a daze for most of the almost three hour running time.  I recall there were robots, shooting, robots, shooting, one of the Transformers sounded like John Goodman, then there was more shooting.  It was a cycle that repeated itself until it had no meaning.  That said, when the cycle broke long enough so Sir Anthony Hopkins could explain the history of how King Arthur was real, how Merlin has a line of descendants who were guarding secrets of the Transformers like Dan Brown was hiding secrets of Leonardo DaVinci, I just nodded in frustration and muttered “ah, go back to shooting the robots” under my breath.  I suppose that means the movie can’t win. When it’s doing what it’s supposed to be doing by giving the audience pure action, it’s monotonous.  When it attempts to develop the story and characters, it’s too silly to take seriously.  The question then, I suppose, is what is the solution?  For me the solution was pretty simple: Stop after the first one.  Really, there was only enough premium gas for these movies to run smoothly for one outing, and to keep filling them up would be to fill them up with Arco gas and still expect them to perform street racing.  It’s too late to pull that card though, and we are where we are, and as long as there is money to be made Paramount will keep revving these things up. So, what can they do going forward?  The first suggestion I would make is to fire Michael Bay.  He may have gotten this thing off the ground, but like Uber, he eventually became tone def to all the problems of the franchise, and bringing in a new director with a new vision will go a long way towards fixing things. 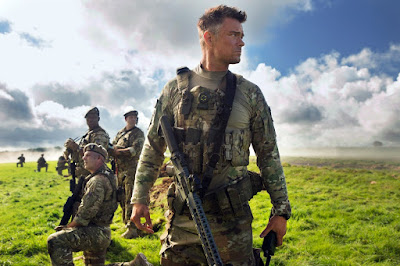 The second thing I would recommend is to not overplay the action.  Yes, people come for the robots, but they don’t have an impact when they are shooting non-stop.  Introduce a plot, setup a conflict, and slowly unroll it until it is time to have a climax at the end.  Great movies are like great sex: You don’t want to climax too early or else the experience isn’t fulfilling, it is merely exhausting.  Finally, I would ditch the PG-13 rating and embrace what these movies really are: Kids films.  They are made for kids, written for kids, and yet they are too violent for kids.  That last part may be a personal issue I have, but I see no reason something this dumb needs to be this edgy.  Not that any of this will make a difference.  Audiences have made these movies successful for all these years and they don’t seem interested in changing now.

Although, I should mention I wrote this review a little late, which means the movie is already out in theaters by the time of publication, and the box office is showing signs of a series that has overstayed its welcome.  Considering the love the series has I suspect this has more to do with the quality of the product than the product itself.  “Transformers: The Last Knight” is the result of a corporate, movie making machine that has veered wildly out of control and needs a culture change.  But there’s money to be made, and people are still familiar with the brand, which means it’s not too late to pull the franchise out of the hole.  It worked for the ‘Fast and the Furious’ franchise and it can work here.  And trust me: I REALLY want to get to the point where I no longer should say, “here we go again!”