"Alvin and the Chipmunks: The Road Chip" Review

When asked to name some of the great regrets I have in life, having to sit through three ‘Alvin and the Chipmunks' movies is pretty high on the list. I remember when I saw my first movies in theaters. They were classics like “Beauty & the Beast” and “Babe,” movies that were certainly made for kids, but have a depth and deepness to them that makes me revisit them more than twenty years later. Don Bluth made great family films as did Steven Spielberg. When I watch one of these Chipmunk movies I don't see art or entertainment, I am seeing studio executives putting a terrible product in front of families knowing that their kids aren't old enough to know they are being talked down to. That they made one film was understandable, but to stretch this into a full trilogy was lunacy as far as I was concerned. Now we have a fourth installment named “Alvin and the Chipmunks: The Road Chip.” 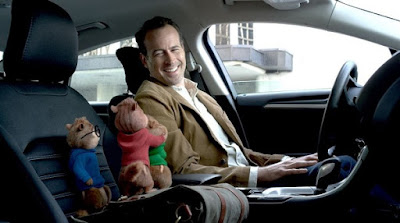 Honestly, I don't even need to describe the story because the title gives you everything you need to know. You know this is a Chipmunks movie that is doing the road trip story. The events leading up to the trip or why they are doing it are a moot point; no one is seeing this for the screenplay. They are seeing it because kids like squeaky, talking animals, and it's more kid friendly than “Star Wars Episode VII: The Force Awakens.” So yes, this movie is bad and there is no way to get around that fact. The question now really is how bad is it in comparison to the other films in this series. And the answer to that is…not that bad. Seriously. While I can't say this is good and retain any sort of credibility with my film critic peers, I was shocked that the whole affair wasn't very painful. In fact – in a bit of a twist – it actually seems like the film makers, writers, and actors all knew this was bad. 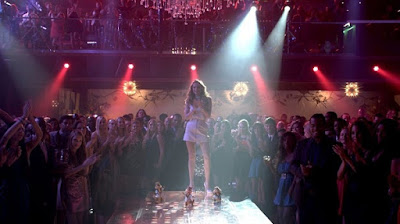 They knew this so well, that rather than try to make the best of a bad situation, they seemed to go out of their way to make it worse than the source material provided. The Chipmunks adoptive father Dave (Jason Lee) walks around the movie unshaven and seemingly uninterested, like he knows this is for the paycheck and not much else. The Chippettes – having discovered they are not nearly as big as they hoped they'd be in their careers – have moved onto being judges for “American Idol” (because that's where all washed up musicians go when they need to get their face in the public again…get it?!). Even the Chipmunks themselves lament on the fact that they do the same thing over and over again, even though they should know this isn't going to end well for them. When pondering why they do this, Alvin shrugs and says “it's what we are expected to do.” 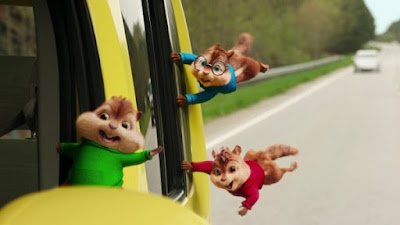 The highlight of this movie comes in the form of an overachieving air marshal named James Suggs (Tony Hale), who chews up the screen so flamboyantly you just know that he knows he's in something terrible, so he's going to be bad in the most memorable way possible. It is the best definition of a good bad performance I can think of. That's sort of how “Alvin and the Chipmunks: The Road Chip” comes off for the most part: Bad entertainment where everyone involved in the making of the film is in on the joke. This does not make the movie good. I can easily think of far better ways to spend your time and kids entertainment that is much better. With that said, this is certainly an improvement over the past few films because it's not insufferable. It does everything with a wink and a smile, which made the time fly by a little faster than it might have otherwise.