Are there rules to love and life? Most liberal college students would tell you ‘No,’ but the reality of the world says differently. We are constantly reminded that life isn’t fair and that to succeed you need to get as much paperwork together as possible to show you are qualified to succeed. This comes in the form of school, more school, and finally a job that gives you checks with the highest possible numbers on it. Things like love and fun can wait. But can it? There is a scene later in “An Education” where Headmistress Ms. Walters (Academy Award-winner Emma Thompson) explains a similar situation that I outlined above, where those who study get the important jobs. But as student Jenny Miller (Carey Mulligan) points out school is boring. And those high paying jobs may be high paying, but one could lose their minds doing them. 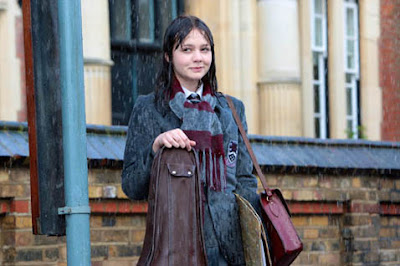 “So you’re telling me my goal in life to be bored, bored, and bored some more?” she asks in shock. Though England places lots of emphases on good educations I couldn’t argue that Jenny has a point. You only have one life and you want to enjoy. Spending all your time studying and working seems like a bad way to make the most out of this one life we have. So on one had this movie is about education and work, and both these seemingly important aspects of life just tend to suck the life out of anyone who is involved in them. On the other hand we have love, as Jenny falls for an older man named David Goldman (Peter Sarsgaard). David is more mature then her but he treats her with respect. He buys her nice things. He takes her to Paris. He hopes to marry her and take care of her. 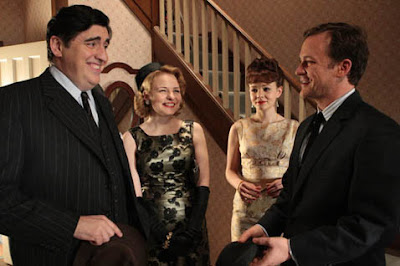 Though her parents are skeptical of an older man dating their only daughter he has money to spare, and that can go a long way towards financial stability. In Jenny’s eyes David represents a way to get out of school, go to Paris, and have a fun life. In her fathers eyes (Alfred Molina) David is another security pillow. So where does the balance come in? Is there even one? “An Education” spends a lot of time proposing questions and problems to life. Questions that should be easy to answer as we’ve lived all our lives being taught nothing but. Yet in practice they are more complicated situations then we would like to admit. Now don’t think that this is a movie that only makes you think. While there are a great deal of deep situations the movie makes all this work because of characters relationships and personalities. 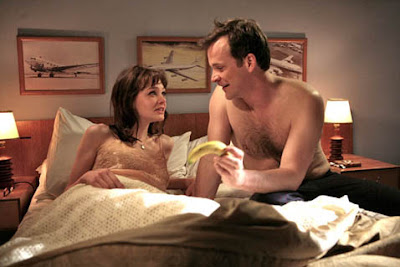 I took an immediate liking to Jenny who may be rebelling against the “system” and societies pressures, but she’s a sweet girl and is rebelling only in the sense that she is asking some really good questions about her life (which we’re supposed to be encouraging in today’s society, but seem to just be discouraging due to legalities). David is an older man and it would be easy to label him a predator, but even he questions what his relationship with this young girl is. Also he is very secretive about where he gets his money, but that doesn’t automatically make him a criminal. The one who steals the movie though is Jenny’s father Jack Miller, who comes off as stern and protective but - spend some time with him - and what so you, he’s actually just really concerned and not very controlling at all. 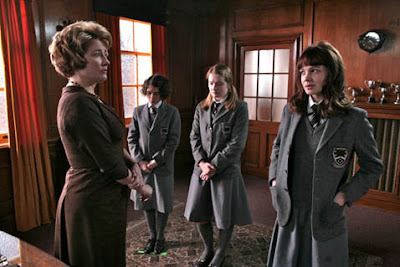 Like Jane Campions “Bright Star” earlier this year, Lone Scherfig’s “An Education” harkens back to a time when dialog ruled the screen and characters personalities shined. The dialog in this movie is rich, the characters dripping with texture and complexity, and the acting is so good you’d swear these were pros on the level of Cary Grant and Katherine Hepburn. Carey Mulligan has only acted in minor parts before this movie, so here I consider her to be a wonderful discovery, and she has a very good shot at being nominated for an Oscar for Best Actress later this year. The only frustrating thing is that while this movie is so good - and an ideal movie for teenagers and their parents - most will pass it up to see “Twilight: New Moon” instead. That, I think, is a crying shame, and teens should be better educated about the movies they go see.