I admit that sometimes in my life I look around at the people I surround myself with and wonder why I don’t just quit. I have good friends, but their problems are very apparent sometimes. I suppose mine are too to them, but if they are they don’t say anything. For Tom and Gerri Hepple (Jim Broadbent and Ruth Sheen) they are the glue that holds a family together, best friends to someone who has none, and wise beyond belief. Their story in “Another Year” will drive most people crazy because it’s not straightforward in a way you would expect. Indeed, the movie seems to start in the middle of their story and end without much resolution. It’s just another year for these people, and whatever happens, happens. The two of them have been happily married their whole lives. 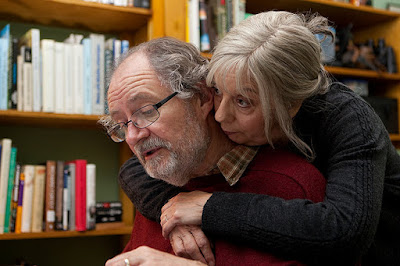 They are now in near retirement and they are usually at their house. People who visit them range from family to close friends. They all have problems that are the result of life itself. Their son has never married and is beginning to wonder if he ever will. Tom’s best friend Jack was at one point a very attractive, successful businessman, who now is fat, grey, and lost in life. They all come to these two not because they can help them, but because they enjoy their company. That both of them keep their disapproval to themselves with a few rare exceptions makes them supportive to a fault. If they have an obvious problem it’s with Gerri’s co-worker Mary (Lesley Manville), who is at their house regardless what time of the year it is. 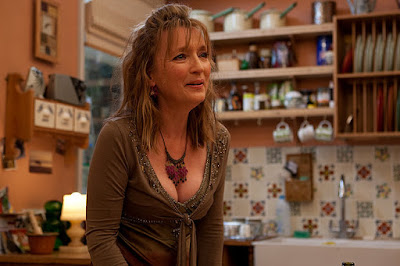 Usually drunk and extremely selfish, it’s to the actors credit that their devotion to this hopeless wreck doesn’t make them come off as extremely nuts for putting up with her. They are not stupid: They know this woman needs help. But then, how do you help someone who won’t even admit to herself that she needs help? It’s this storyline that is most fleshed out, and comes close to dominating the film to become the main focal point of the whole film. But director Mike Leigh (who specializes in quirky comedies with large casts) knows that this is not one characters story. He also understands that life is not so predictable that things can wrap up so neatly. 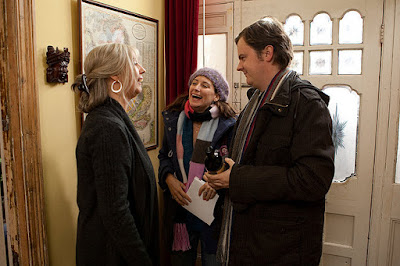 When I say the movie ends abruptly I mean it: Very little gets solved. But then, people rarely change as well. Sometimes the best one can hope for is to get through the year in one piece and start the next year the same way. Plus, despite all the drama that happens, the film is brilliant because it’s largely a feel good movie that has dramatic moments. It captures life at it’s most raw, and how good things and bad things happen in the heat of the moment and sometimes without much warning. The actors all do their best with the great roles they’ve been given and Leigh works at the top of his game. It may be just another year for the characters, but “Another Year” is far more than just another movie.