Alright folks, let’s get straight to the point: This is a piece of crap. It’s easily one of the worst movies of the year and it’s a big lead up to nothing of anything significant. I know some of you will stop reading this review right now, but for those who continue I want to explain why “Atlas Shrugged: Part 1" is such an abomination on cinema. Except...there’s so much wrong with it I don’t even know where to begin. It’s not that the premise is stupid, because it has some interesting thoughts on capitalism and liberalism. It’s not that the cast is poor, because some of the actors actually do a lot with what little they are given. I’m not even against the message in the film itself. 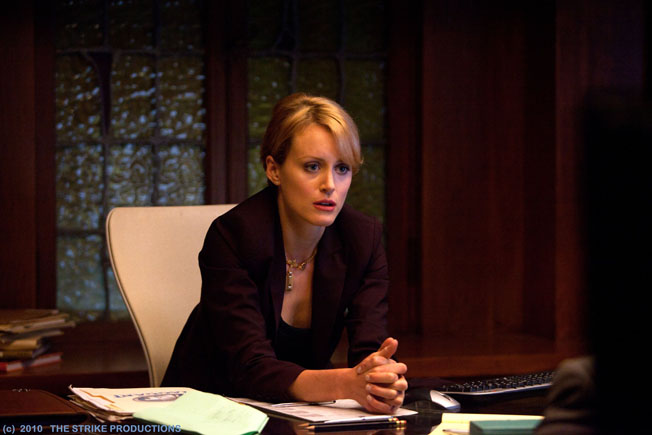 No, my main problem the movie is this: It’s not entertaining. Ever. It’s a dead thing that just sits on the screen and fails to engage the audience in any meaningful way. It has characters that I - quite frankly - despise. I rooted for no one in this film, I didn’t want anyone to win, and I didn’t want anyone to lose. These are a boring, BORING set of characters! I don’t care if it’s the corrupt politician or the business woman with no feelings for anything other than winning, I hate these people. They are not interesting. They can not drive a movie forward. Since you don’t root for any of these characters to come out on top it’s up to a cheap gimmick phrase to pull the story forward. The question: Who is John Galt? 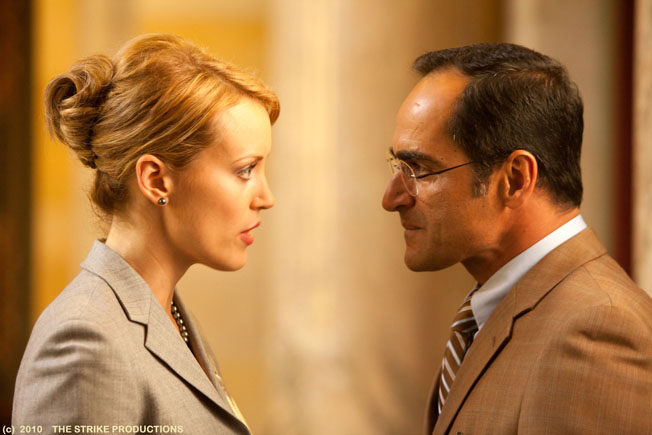 Spoiler alert: You don’t find out in this film (and after this movie I can assure you I don't care). I guess the director wants that question to pull you into the second part of a proposed trilogy. But there will not be a trilogy. This film will die on the vine. It will not sell tickets. No one will recommend it. Word-of-mouth will sink the film rather than help it swim. If the novel it’s based off of is any good (and from all accounts I’ve read, it’s excellent), then I expect people to like the book less after seeing this. Yes, it’s THAT bad! The story is not worth getting into because it’s overtly complicated with no payoff. Either figuratively or emotionally. I don’t even need more than two paragraphs to make my point. The only reason this movie gets more than two paragraphs is because I have a word quota I need to reach.

To cap off I will say this to the director, producers, and all the people who financed this film: Shame on you! Shame on you! Shame on you! Shame on YOU!!! How dare you rip people off like this? How dare you put this together and dare to call it entertaining? To call this intelligent entertainment for adults is like claiming “The Last Airbender” was a summer blockbuster that was better than “The Dark Knight.” It’s an outright lie. And fans...oh man, the poor fans. They’re going to spend $10 in gas to get to the theater, about $15 for popcorn and soda, and (if we assume the average attendance will be people of two) at least $20 on the tickets. And all that’s going to happen is they’re going to be ripped off. Okay, I’m done...after I say this one last thing: Shame on you!