An old man with a baritone voice and a noticeable mustache stands in a recording booth.  He talks about how great a specific barbeque sauce is over and over, annoyed by his director’s lack of direction and understanding on how the art of voice over works.  We watch the situation unfold with a bit of amusement; for many of us, it would be a dream to get paid money to say one line about a special sauce in a microphone multiple times.  For Lee Hayden (Sam Elliott) though, this is a major step down from what his life used to be.  He used to be a movie star.  His specify was westerns.  He had the look and the voice for a cowboy.  His crowning achievement was a movie called “The Hero,” which is what everyone remembers him as, and it is an image he has never been able to shake. 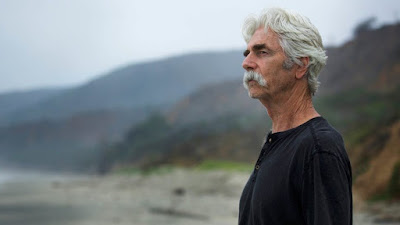 Now he is old.  He doesn’t make movies.  He smokes pot with a man who once played a kid sidekick in a TV show they were on together.  His wife has left and his daughter doesn’t speak to him.  If I didn’t know any better, I would think this was a typical biography picture.  Based on the life of someone who was once a winner but is now a loser.  I certainly see several of those a year, so why would this be any different?  In some ways, it’s not.  True, Lee is not based on a real person.  But he does follow a pattern.  He does fit into a stereotype.  When it is revealed that he has cancer it is not much of a twist for the audience.  Usually there is something there that makes a man like Lee want to improve his circumstances, and shortly after getting the news he goes to the people he is most estranged from and tells them “I’m going to make a movie.” 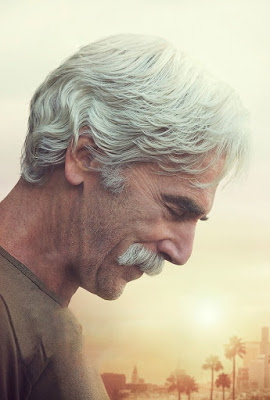 Why does he tell people he’s going to make a movie?  Is that something to brag about?  Is he trying to endear them to him?  Why bother when there isn’t even a movie in the works?  The answer, I believe, is that he is trying to convince himself that he is not down for the count.  That he still has a lot worth living for.  He goes to estranged family members because he’s hoping that maybe – just MAYBE – they’ll find that impressive!  They do not.  And so, ‘The Hero’ spends his days smoking weed and dating a girl who is half his age.  Yes, this pretty much is a standard biopic.  The only reason it likely isn’t seeing a wide release is because it is a fictional story and not based on a real person.  Plus, westerns aren’t really popular with audiences any more, adding discredit to Lee’s delusional lie.  So, in most cases, I would give “The Hero” an average grade and move on with my life. 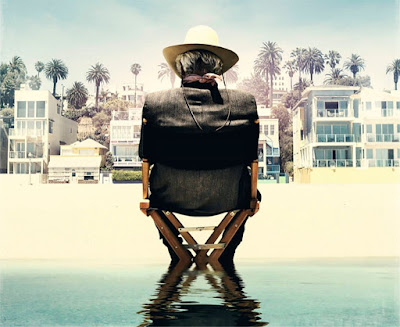 The reason this one gets a recommendation is because of Sam Elliott’s emotional performance.  It is what a movie like this requires, but it still works.  We like Lee a lot.  As far as washed up dead beat actors go, he is a likable and (at times) honorable man.  He does not commit any grievous sins nor was he abusive.  In fact, the most powerful scene involves his daughter telling him why she thought he hated her, and it dawns on him how years of silence was birthed out of a simple misunderstanding.  That hits hard.  It goes to show that with a little more communication, much of this could have been avoided.  “The Hero” is rather predicable as you probably noticed from this rather by-the-numbers review.  It is unlikely to be remembered in the long haul, but a sensitive screenplay coupled with a winning performance by Elliott makes it a story worth seeking out regardless.