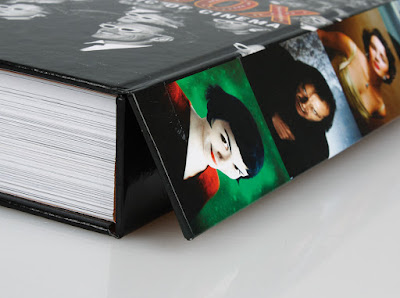 While on vacation last week I watched "Schindler's List" with my mom and girlfriend.  We watched it because a conversation came up where it was reveled Katie had not seen this masterpiece of cinema, and my parents were eager to share with her one of their personal favorites.  I think we are all like this, whether we be film critics or just regular people who watch the occasional movie.  We watch movies.  We don't like all of them, but we watch them.  Once in awhile we see something truly special where if we meet someone who hasn't seen it, we are more than excited to watch it again with them and share the experience.  I know there are people who claim movies aren't social events, but the fact that people as a general rule love to share their favorite movie going experiences with others pretty much, as far as I can see, proves that it IS a social event!

Next week two of my favorite movies are going to be shown in theaters: "Spirited Away" and "Pulp Fiction."  Katie has not seen either one and I told her to clear her nights for those two because we WOULD be going!  For that matter I will be seeing "The Nightmare Before Christmas" tomorrow at the El Capitan in 4D.  The main reason for this is because my niece loves the movie, but has never experienced a 3D movie in theaters.  The fact that there are actual special effects in the theater itself will add to the experience.  Though this isn't the first movie she's seen in theaters (that would be "Zootopia") I have a feeling she might remember this one a little better because of her personal connection to the characters and being of an age where things are starting to sink in for her.  In addition to these, I want to see "The Foreigner" and "Victoria & Abdul."  Yesterday I saw "Goodbye Christopher Robin," in which famous author A.A. Milne moves to the country to deal with writers block on his new book, and takes a break when he gets inspiration to write some poems about his son Christopher Robin and the toy animals he plays with.

The events listed above combined with watching this particular movie confirmed some facts: I still love watching movies, but writing about them isn't working, so I need to step away from doing this and find some inspiration elsewhere.  At this point you may be thinking I'm ending iCritic.  This isn't the case.  I will likely always be writing movie reviews because I love watching movies.  I love talking about them.  It should be noted that I feel I still have a little fire in me to do this, as in the midst of this writers block I managed to type out some thoughts and analyze on Darren Aronofsky's very polarizing "mother!"  It was a different enough movie to inspire me to look a little deeper and share thoughts.  Aside from that though, movies just...haven't been doing that for me recently.  "Only the Brave" was a good action/drama about firefighters who risk their lives everyday to put out mountain fires, but finding a new way to explain why this is just isn't clicking.

For that matter, I'm having more fun writing about whether or not "Blade Runner 2049" is worth seeing in RealD 3D or IMAX 2D than I am about trying to describe why the movie itself is a masterpiece (and it's the best film I've seen so far this year).  I was having lunch with a friend recently who told me she noticed that I hadn't been writing reviews and that she "missed them."  If I were being honest I would have to say I missed them too.  I miss writing about them.  However, I also noticed in the summer that I wasn't enjoying the movies as much because I was always concerned with how the review would be written.  I had to dread writing about "Spider-Man: Homecoming" because how many times I can write a damn Spider-Man review before it all starts reading the same?  I noticed the problem when I was attempting to write my review for "It."  I was about three paragraphs into the review before I paused, read what I wrote, and realized that I was just meandering and not actually properly expressing my experience of watching the movie.

I shelved it and it now sits in a OneDrive folder, waiting to be edited, and I hope to one day finish it.  I want to finish it one day because I want the evil clown to know he didn't beat me.  That I was able to bounce back and continue doing what I love.  However, to do that I first need to learn to love movies again.  I have been watching many new films and re-watching some classics.  Next week is the first week in over a month where I will be seeing a movie almost every day of the week.  That has not been the case for a LONG time!  I need to remind myself that movies are, first and foremost, fun for me.  That they have helped me learn about life better.  That they are still worth watching.  Once that has been accomplished, I think I can understand why they are worth writing about once again, and I will continue with a burning passion once more.

In the meantime, you may notice a bit of a shift on this site.  It won't read much like a review site for awhile.  If I do a new post it will likely be a blog post like this, as I publicly find my way back to where I was.  In the past I would have created a new blog just for this journey, but since the journey in question is one where I hope to find my way back to reviewing for iCritic, I think I need to share it here.  It should be noted - and I have no idea how people are going to take this - that I typically don't make money writing these reviews.  I've always wanted to (and a little has been made), but it's never been enough for me to live comfortably.  Since there is no financial gain for me here, I really have to love what I'm doing, and I just am not enjoying it right now.  One thing that is clear is that I still love watching movies, and I'm going to take advantage of that fact and go as far as I can with it, so hopefully you guys will join me as I reevaluate what I do with this site.