"All the Money in the World" Review

There is a saying that it is unwise to negotiate with terrorists, but in the case of oil tycoon - J. Paul Getty - finding out his grandson was kidnapped and being held for ransom, he took that belief of not negotiating with terrorists and turned it into the kind of business bargaining Donald Trump would have happily included in his best-selling book “The Art of the Deal.”  For Getty (Christopher Plummer), finding out his grandson was kidnapped and being ransomed for $17 million dollars did not cause much concern.  Though he claims “Paul is special” to his personal ex-CIA agent Fletcher Chase (Mark Wahlberg), he feels that if he pays one ransom, he’ll soon have to pay more (he DOES have about a dozen grandchildren after all).  What the movie seems to be pondering is whether Getty had good reasons for not paying the ransom, or if this is a man who saw his life in nothing but dollars and cents. 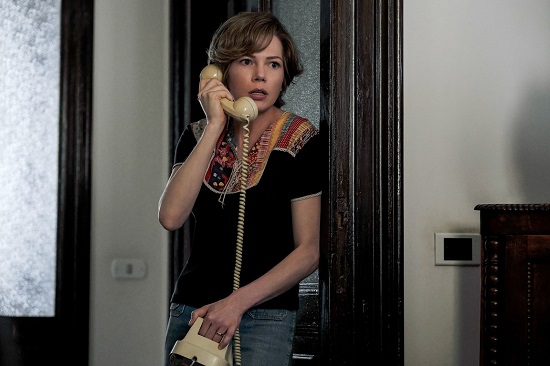 Alas, the movie only spends so much time with the frugal man, keeping us at arm’s length and wondering what he is truly thinking at times.  This sometimes works and sometimes doesn’t, but it was obvious to me that director Ridley Scott wanted to show a man who is flawed and human, while keeping enough distance to make him seem larger than life.  If anyone was going to have much luck in presenting such a complex character in movie form, it was going to be Scott.  That he falls just short of that in “All the Money in the World” is disappointing, but understandable, and we’ll have to wait until next year to see if Danny Boyle can pull it off in television form.  But, as someone wise in your life likely told you at some point, when one door closes another one opens, and for Scott that door comes in the form of Michelle Williams as a worried mother who just wants to see her son returned home.  Her name is Gail and she is a Getty by marriage. 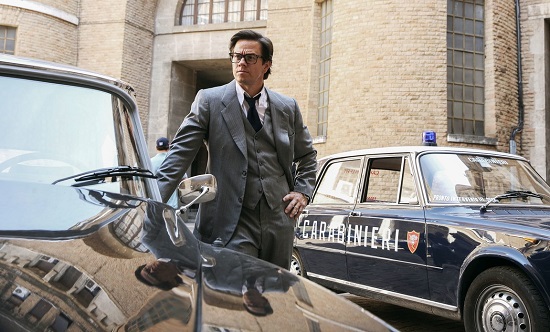 She divorced her husband years ago and accepted none of her father-in-law’s money in exchange for full custody of her children.  She still lays some claim to the Getty name though, and when she tells the terrorists who kidnapped her son that she simply doesn’t have any money, they casually tell her “get it from your father-in-law; he has all the money in the world.”  Well, that may be true, but how do you get it from him?  This is a man who is so cheap, he won’t pay a maid $10 to wash his own clothes.  But you won’t have much luck telling that to kidnappers who have decided to get into the business of kidnapping people.  All they know is that they want money and they perceive that she has access to it.  Some of the most heart-breaking scenes involve Gail fighting two forces at the same time.  On one hand, she is trying to convince the terrorists to not kill her son or harm him.  On the other hand, she is trying to get her father-in-law to pay a ransom he could easily afford (but has no interest in doing so). 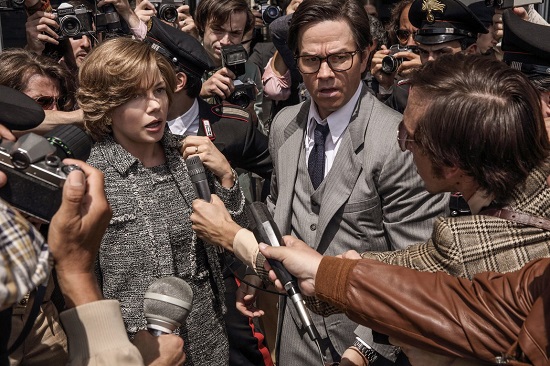 This is when the movie is at it’s strongest.  Strangely, the film is at its weakest when we are dealing with Getty.  At one point he is asked what it would take to make him feel financially comfortable, and he gives a chilling, one-word answer: “More.”  It’s a scene that makes you wonder why this man feels so insecure about his money.  How can he be so cold?  What in his life brought him to the point where even his fortune is of no comfort?  These are the sort of questions that are not asked (and, in all fairness, there maybe wouldn’t have been enough time to answer them anyway).  Ridley Scott has crafted a fine thriller where the stakes are high, the situation tense, and the negotiations tough.  Where it stumbles a bit is in the fact that it is not as emotional as it needs to be, and the most important character is more of a figure head.  That leaves me with the one uncertainty I have about this: Would I have been more satisfied had these questions been addressed, or is their lack of conclusion truly all I needed?

P.S. Kevin Spacey was originally hired to play Getty, but had his scenes cut and replaced with Christopher Plummer after numerous sexual assault allegations against him surfaced.  While I don’t condone the behavior that he was accused of, I do feel that this is a form of censorship, and I have no doubt Spacey would have excelled in the role.  While that is a matter up for debate, I would gladly pay for a special edition BluRay of the movie to see that version restored (and having two performances to compare in the same movie might be fun to do at film school in the future).