It’s hard to believe it’s been 19 years since Disney first released “Beauty and the Beast.” When it was released it was considered an instant classic. A movie for the ages. It became the first animated film to be nominated for the Academy Award for Best Picture. 19 years later the movie is all that and more. Now that we’ve have time to sit on this film and reevaluate it multiple times I think we can all safely say this IS a classic and a movie for the ages! It properly holds itself next to “E.T.” and “The Wizard of Oz” as one of the best family films of all time. It’s just as good a musical as “The Sound of Music” and has equal (if not more) romance as “Breakfast at Tiffany’s.” How the studio managed this I’m sure I’ll never know. 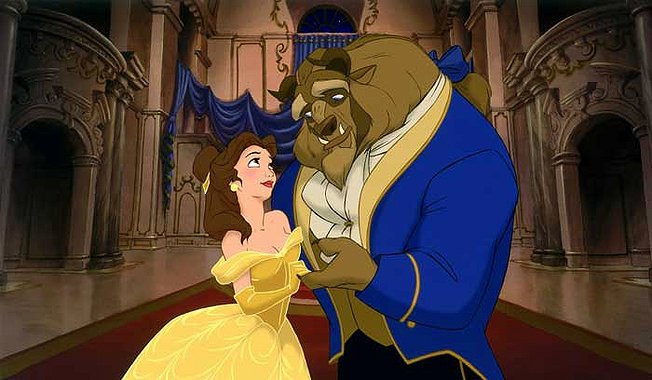 By now everyone’s seen this “tale as old as time.” The movie revolves around Belle, a local girl who is considered the town oddball because she likes to read books and stay indoors rather then go to bars and mingle with men (hmm, sounds vaguely like a modern problem). After her father disappears on the way to the fair she tracks him down at an enchanted castle that is occupied by talking dishes, teapots, and a footrest for a dog. It’s also ruled by a Beast who is under a spell after refusing shelter to an enchantress disguised as an old woman. In return for her fathers freedom she agrees to become the Beast’s new prisoner. There is hope for everyone though: If the Beast can fall in love with a girl and earn her love in return the spell will be broken. 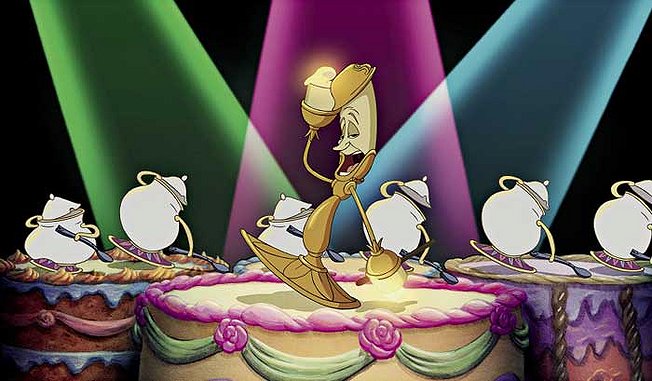 Well, THAT sounds simple enough right?! Not so. Though this is a fairy tale it’s sort of an odd one. No offense to the women of Disney’s past, but Belle really does seem to come from the age of the Women’s Rights Movement. She wants to tell stories. She likes to read. She’s independent. The idea that marriage is her career does not sit well with her. Come to think of it, the idea of falling in love seems to be an idea she resists more than anything. On the opposite end you have the Beast himself. Scary as hell with a bad temper to boot, the idea of falling in love with him seems to escape even his mind. He cares for her but doesn’t know how to express it. Plus he’s so ugly that even we can relate that getting past his looks might - for once - be difficult. 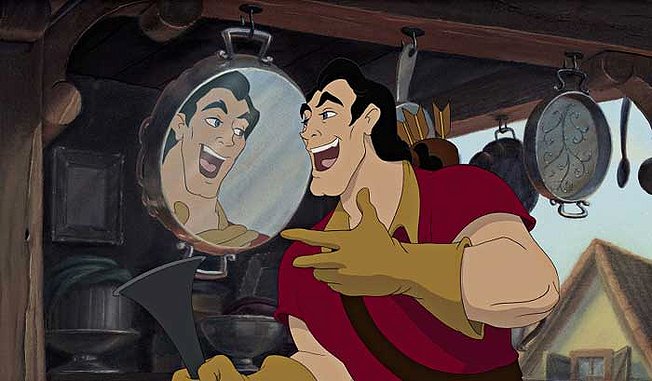 This is the heart and soul of “Beauty and the Beast.” It’s about two people who fall in love naturally and beautifully. Of course, this IS a Disney movie so there’s cute sidekicks in Lumiere, Cogsworth, and Mrs. Potts who provide not only emotional support but practical support as well. Though I would not call these worthless characters, the movie was re-released in 2002 with a new musical number included called “Human Again” where the objects sing about their desires to be human again, thus adding more complexity to an already emotionally complex film. Then we have the films villain Gaston. With rippling biceps, a huge ego, and his sights set on marrying Belle, Gaston is everything the Beast is not. 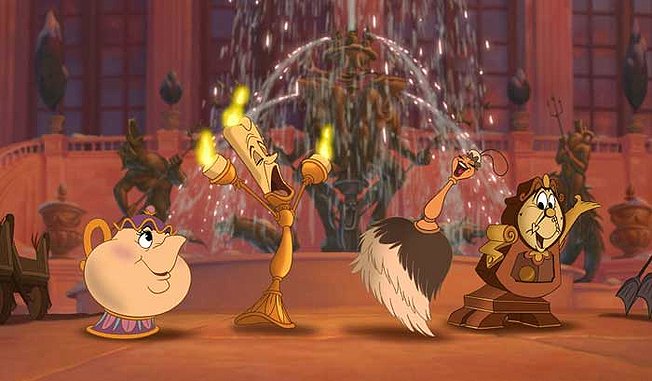 If the Beast is the horrible looking monster with a heart of gold then Gaston is the Macy’s model with the heart of a pig. When it comes time for the two to fight Gaston’s attempts to kill the Beast do not come from a sense of danger, but because he knows who Belle has really given her heart to. With spectacular animation and wonderful songs, “Beauty and the Beast” is one of those movies that needs to be seen to believed. Rarely has an animated film touched so many people and them fall in love with drawings as if they were real people. Though Pixar largely does their own thing, I feel that the human emotion they put into their films is largely inspired by films like this one. 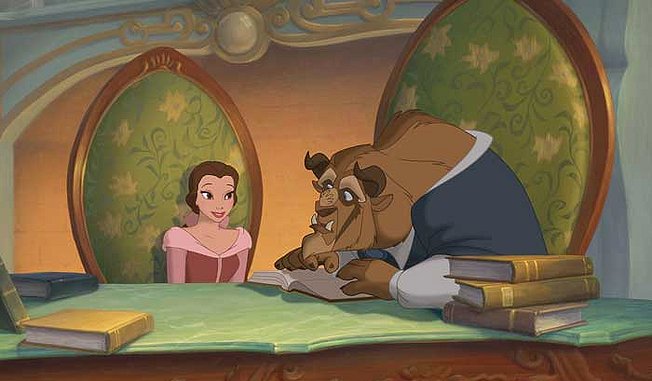 It’s amazing that this movie is as good as it is at all. The original story was simply two people going to dinner every night (a story that doesn’t lend itself well to a movie of any sorts). Walt Disney himself had tried to make this twice before giving up. What the new generation of Disney animators did was nothing short of masterful (most noticeably Glen Keanes excellent animation for the Beast). Despite it’s age it still feels as new as if it had just opened today. A movie that is timeless that can be enjoyed by anyone of any age and gender. A movie worth nothing less than my highest recommendation.