"Call Me by Your Name" Review

I find the timing of Luca Guadagino’s “Call Me by Your Name” to be unfortunate in more ways than one.  It comes at a time when the world is more accepting of homosexual relationships, and thus isn’t being released with the protests that followed “Brokeback Mountain” more than a decade ago.  That said, it is also coming out during the #MeToo movement, where powerful men who hold a lot of power are being called out for their predatory behavior and forceful, sexual advances.  Woody Allen has just made a movie that features an older man chasing a younger woman, and the reaction has been very polarizing and hostile as a result.  This film also features an older man pursuing a relationship with someone significantly younger, with the only difference being that the younger person in question is a boy as opposed to a woman. 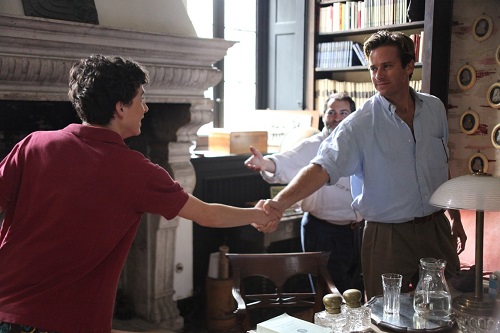 Interestingly, while “Wonder Wheel” has been scorned by many of my fellow critics and audiences members, “Call Me by Your Name” has been embraced by many as one of the best films of the year and a timeless love story.  I feel the movie is good but not quite timeless.  I also feel both movies handle these relationships with a bit of clumsiness and ignorance.  One of the reasons people don’t like movies about younger woman who date much older men is that the “creepiness factor” (as most call it) is apparent for all to see; the sexual awakening of a young woman to an older man is understandable, but what does the older man get out of the relationship that is emotionally fulfilling?  We rarely see such a couple have serious conversations about life or what they are even doing, so what is the attraction to someone who is much younger and on a different maturity level? 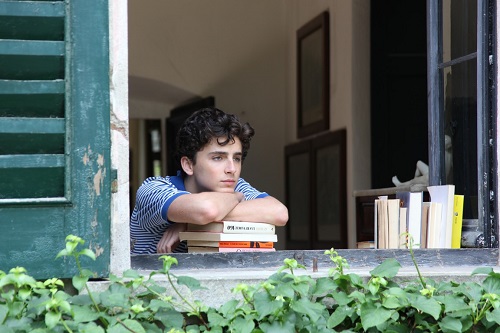 This is a question I always have in these situations, and it’s one that “Call Me by Your Name” doesn’t really manage to answer despite being very good in many aspects.  In the movies defense, there are a few scenes where the main couple do talk about their relationship and what they are doing.  Oliver (Arnie Hammer) is an American professor who is staying with a family and immediately starts to bond with teenage boy in the family - Elio (Timothee Chalamet) - and pursues him.  Elio is not very much taken in with the much older man, but soon starts to be swayed thanks to his good looks and playful nature.  He is like a Hollywood star who is now living in his house, and the attraction is hard to deny.  At least, that’s what I think the movie wants to project, but I have a few issues with this.  For there is a scene later on in the movie where the two are talking in public about their mutual attraction. 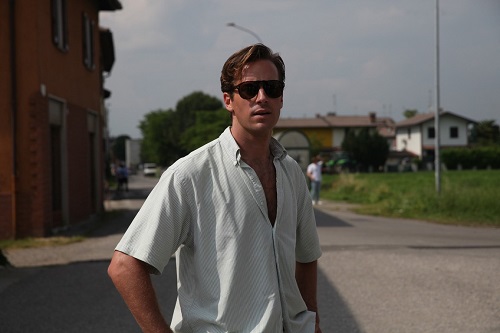 Elio speaks about how he has never met anyone like Oliver - who is good looking, smart, and mature - and how he wishes that things could have moved faster for them.  Oliver admits that he fell in love with Elio right from the start and was trying to convey that feeling to him, but was pretty unsuccessful.  I can understand why Elio might have been swept away but for Oliver…I’m not sure what the attraction was.  For Elio is not an intellectual nor a free spirit.  He listens to music but doesn’t say much.  Their interaction is pretty limited until they actually start sleeping with each other, and even then the sex is left largely to the imagination.  There is beautiful cinematography to be sure, but if the director thinks that pretty imagery is a replacement for words that would actually clarify why Oliver is essentially going after an underage boy…well, I must sadly report that it is not. In fact, it is all the more bizarre then, that when the two go on a trip together later on, Oliver is suddenly acting like the child Elio should be, and Elio is acting like the adult Oliver is.  It’s a weird dynamic that never quite came together for me, and the age difference is so great that it is odd that Allen got called out for it in his film but Guadagnino does not.  Personal lives of both men aside, when you judge what is on the screen there is really little difference aside from the sex of the people in the relationships.  There are brilliant moments in “Call Me by Your Name” though, which is why I hesitate to complain too much as I don’t want to give off the impression that this is a totally worthless film. 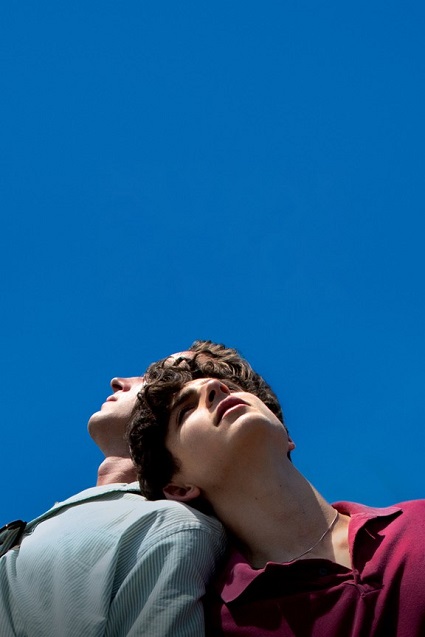 It is a film of great beauty that does mask the shortcomings of the relationship quite effectively.  For all the faults of developing Oliver as a character, Elio’s sexual awakening is done with grace and tact, and we can understand why he draws close to Oliver in the first place.  Finally, there is a great scene involving Elio and his father (Michael Stuhlbarg), where the father admits to knowing about his sons relationship, praising him for experiencing the kind of love he never had, and then ultimately mourning for him and his loss.  It may go down in history as one of the great ‘father/son conversations’ that Hollywood has made over the years, as it shows an understanding to the relationship we have witnessed that I believe the movie itself largely missed.  Still, first loves are rarely perfect, so to expect this movie to be is probably asking for too much.  It is beautiful and poetic at times, while at other times being frustrating and vague.  I suppose that’s life though, and thus that is what makes “Call Me by Your Name” so relatable.