I may be out of line in saying this, but “Dope” provides a breath of fresh air in terms of movies about the black lifestyle.  I know, I have no right to say that since I am not black, but I see enough of these movies every year to get the general idea that most black people in cinema don’t like their lives very much.  They are either gangsters, drug dealers, or they are in horror movies where they are always one of the first ones to die.  Whether this is accurate or not, this all gets to be very tedious, regardless who is actually making the movies.  In a nice little change of pace, here is a movie with black people, living in the suburbs, and actually enjoying their lives a little bit.  Yeah, they don’t like their home or the fact that most of the time the only choices they have are between “a bad one and a worse one,” as our main character Malcolm says so elegantly. 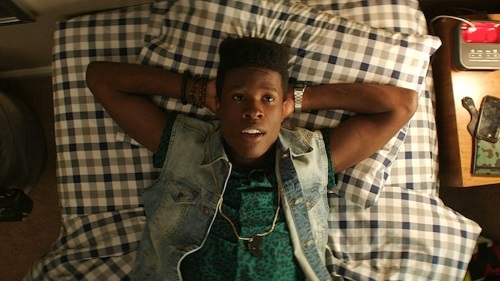 But, hey, it’s home, so they might as well make the most of it right?  Therefore, we follow three friends who live in a bad place, wind up in bad situations, and yet still have fun and high hopes for the future.  There is no white supremacy or complaining about unequal rights here.  Nope, the main characters are geeks who want to go to Harvard.  Dare I say it, there are moments in the screenplay that remind me of something the late John Hughes would have wrote.  That said, yes, our main heroes do find themselves in possession of drugs and a gun after they attend a party thrown by the local drug dealer.  They didn’t want to be in this position, but it is the slums, so they have found themselves in it.  What’s worse, their options are limited, and bringing the stuff to the police isn’t going to help (possession itself is still illegal after all).  Amazingly, how these kids work out what to do with the drugs seems fairly logical and practical for the most part. 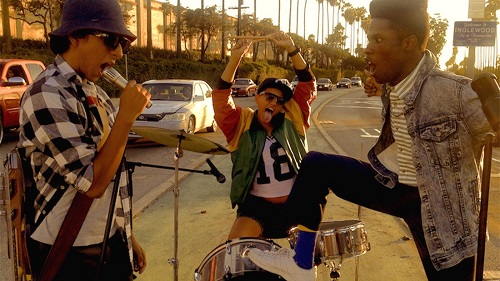 Oh, you want to know why they were at the drug dealers party in the first place?  They were invited by a girl.  Yeah, they’re at that age (and don’t pretend you wouldn’t do the same thing if you were in their position). The film features what should be a star making performance by Shameik Moore, who makes Malcolm very believable (as well as extremely likable).  His friends are played by Kiersey Clemons and Tony Revolori.  I’ve seen these actors in other films, and their careers should receive a boost once casting directors see their wonderful performances as well.  The movie is being produced by Forest Whitaker, who has been vocal about wanting more movies about black culture to be made, but not nessicarily be about the gangster lifestyle.  In other words, he wants movies that will encourage people from his community to live happy lives and better themselves in the process. 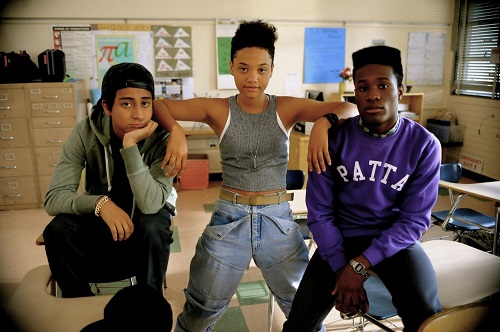 For whatever reason though, most black teenagers are into the gangster and drug lifestyle.  Heck, even some white people are attracted to it.  “Dope,” in my eyes, is probably a compromise.  It’s using a well-known genre to lure people into the theater, only to spring this mostly feel good movie onto the unexpected public.  There are moments of drama to be found, and when they do show up, the effects are as chilling as having cold water splashed on you.  So to assure the readers, this movie doesn’t shy away from the bleak world that surrounds these characters.  However, the message at the end of the day is one of hope and fun.  And really, for me, that’s pretty dope all in itself.