When you ask people to list their all-time favorite Pixar films, chances are “Finding Nemo” is going to be high up on most lists as one of their favorite films in the acclaimed studios library.  The story of a father trying to find his missing son in a vast ocean just struck a chord with people, and, as a result, the movie was the second highest grossing film of the year (right behind “The Lord of the Rings: The Return of the King”).  It also wrapped up perfectly for most people, and while the idea of another adventure with Nemo was enticing, most people could safely live with the first movie alone, and even director Andrew Stanton commented that he felt there was no reason to go back to the ocean.  And yet, sixteen years later, here we are again, on another adventure with our favorite fish friends in “Finding Dory,” which (as the title suggests) follows forgetful blue fish Dory (Ellen DeGeneres) on a new adventure. 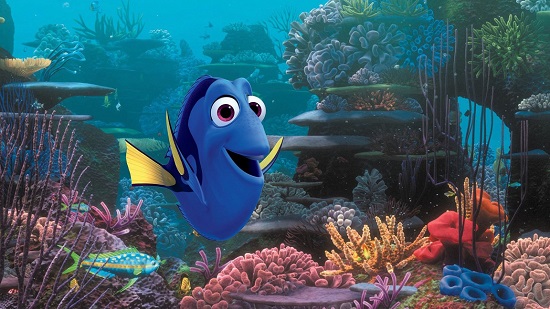 This time around Nemo stays close to home, so the story revolves around Dory finding her family.  Remember that song she sang in the previous film?  The one that encouraged Marlin (Albert Brooks) to “just keep swimming, just keep swimming?”  Well, turns out she started swimming one day as a child, lost her family, and just kept swimming herself.  So much so that she was actually lost during the events of the first film and we didn’t know this (though, in all fairness, she seemed to have forgotten this fact herself).  Some of her short-term memory problems have been lessening during the previous year, and now she has remembered enough about her past to have a good idea of where to find her family.  So, that’s pretty much the long and short of the plot.  Of course, there are many twists and turns throughout the film, but what is going to stand out are the emotional scenes. 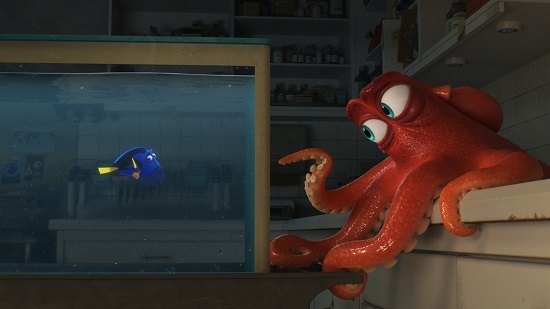 With the exception of the sequels to “Toy Story,” most sequels for Pixar films have been…well, a little lacking, emotionally.  It helps that “Finding Dory” features the return of original director Stanton, who loves these characters as much as he does his own children.  He obviously thought long and hard about Dory’s past, and it shows in the mere fact that this movie has a reason to exist.  I know, our standards for sequels must be REALLY bad when having them be about something is a reason for praise, but this is the world we currently live in, and I (sadly) don’t see that changing anytime soon!  All that being said, this sequel is not without its issues.  Dory’s short-term memory loss, while still presenting lots of humorous situation, come off a tad more annoying this time around.  Possibly because at times it is presented as something to laugh at while at other times something to pity.

Also, fans of Marlin and Nemo will be disappointed to discover that, while the two characters are in a fair amount of the film, they don’t do a whole lot to contribute to the overall emotional arc of the journey.  A new squid by the name of Cliff gets much more screen time and leaves a far more favorable impression than most of the old characters do.  It’s debatable if that can be characterized as a flaw or not, but it worth noting for people who are looking for more of the same stuff they saw in the previous film.  On that note, it is actually admirable that many of the characters from the previous film either don’t do as much as you’d expect them to or bother to show up at all.  This is very admirable on the film maker’s part, not only because other Pixar sequels have leaned too much on old characters for new stories, but also when you regard the circumstances that resulted in this movie being made. 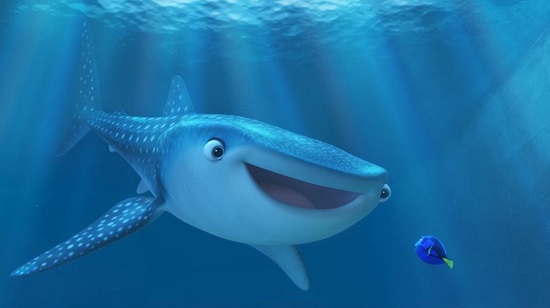 Basically, if you follow the movie industry at all, you know that Andrew Stanton directed the huge box office bomb “John Carter.”  That movie lost Disney at least $200 million dollars, and with a loss like that, most directors careers would be over.  However, Stanton has two Academy Awards under his belt, he still has friends for Pixar, and he can direct a sequel that is guaranteed to make enough money to get Disney to forgive him for losing them all that dough a few years ago.  There is nothing about the existence of “Finding Dory” that was created purely because someone had a story to tell.  The fact that there is a worthwhile story is something to celebrate, but let’s not kid ourselves about what this is: A means to get back in good graces with the system.  Finally, I’m going to answer the million-dollar question: Is this as good as “Finding Nemo.”  No, it is not, and it never was going to be.  “Finding Nemo” is one of those classic films that couldn’t be replicated even if they tried.  As a worthy follow up though, “Finding Dory” does bring the goods to the table.