The term “it’s so bad it’s good” is one that has been debated and contested for years.  Some would argue that awfulness can be its own form of entertainment, while others would argue that it takes a special kind of bad to rise above and find its way back to be being entertaining (thus creating the entertainment equivalent of ‘The Horseshoe Theory’).  Tommy Wiseau’s “The Room” is considering one of the greatest films ever made.  Unlike “Citizen Kane” or “The Godfather” though, its greatness comes from the fact that the movie is terrible.  Laughably so, yes, but also in scope and passion.  It is a movie so sincere in its efforts to be good, that its wide misfiring’s become all the greater the longer it goes on.  And much like how “Lawrence of Arabia” is so great it inspired people to want to learn more about David Lean, “The Room” is so terrible it makes people want to learn more about Tommy Wiseau. 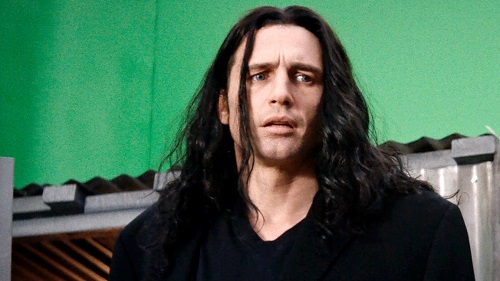 Wiseau is an enigmatic figure though, one who has a lot of money (which no one knows how he got), and is so private he doesn’t even tell people how old he is.  The closest thing the world had gotten to knowing the man personally is through a book written by his best friend Greg Sestero, which is now the subject of James Franco’s “The Disaster Artist.”  In a way, that makes this movie and “The Room” perfect companion pieces, as they are both projects from directors who wanted to direct their own dream movie.  In both cases the men directed, starred, and produced the film (though Wiseau took it a step further and also wrote the screenplay).  They both wanted to make memorable movies.  The difference comes in the fact that one made a movie where pretty much everything is done completely right, where the other made a movie where everything is done completely wrong. 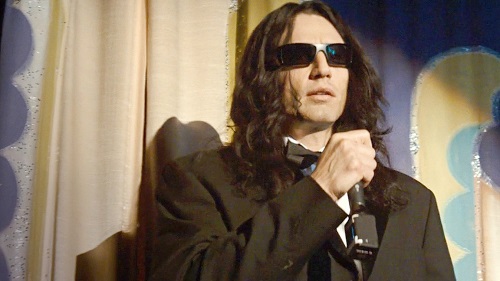 What is fascinating for me is that in both cases the men behind the movies were completely sincere in their efforts, which begs the question: What happened?  The answer may be a simpler one than most would want to accept, but after seeing “The Disaster Artist” I can only conclude that Tommy Wiseau (played by Franco himself) just simply wasn’t very good at what he wanted to do.  He has no experience as a director, his acting sucks, and he talks with a strange accent that (regardless what he claims) is certainly not from New Orleans.  What stands out about him with Greg (David Franco) is that Wiseau has passion and fearlessness.  This is a man who believes in pursuing things regardless of the consequences (even if it means driving over 300 miles to visit the crash site of James Dean).  When enough producers and directors tell him that he will never in a million years have a career in Hollywood, Wiseau gets to work on writing a script. 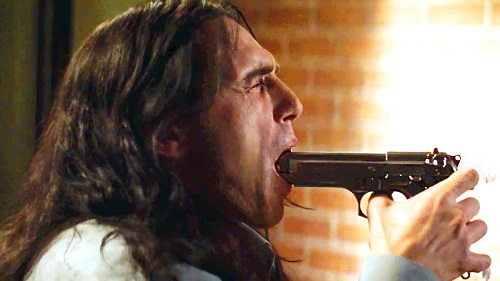 He figures if Hollywood won’t fund him he’ll have to fund himself, and thus goes on the journey to make his masterpiece.  It’s pretty clear early on he is not a film maker.  Because he doesn’t understand the difference between 35mm film and HD digital cameras, he decides to shoot in both.  He builds an exact replica of an ally that is right outside their building (and which he has permits to legally shoot on should he choose to).  When it comes time for Wiseau to act in his own scenes, he can’t remember his lines, thus requiring multiple takes, until throwing a water bottle finally gets him to remember them long after the rest of the cast and crew had (it should also be noted that this is all done for what is unquestionably one of the worst delivered lines in the actual movie).  The chaos on set is undeniable, and this is one of the rare times that chaos has been so perfectly recreated. 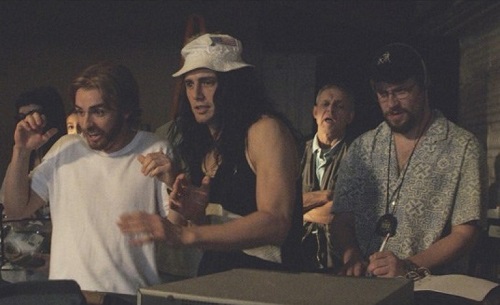 While “The Disaster Artist” is usually funny, at one point you cringe a little bit, because the frustration of actors, camera men, and everyone else working on the set is eventually felt by us, as Wiseau becomes more and more demanding for a movie we all know isn’t very good.  Wiseau is not portrayed as a boogie man though.  True, he is a character unto himself, and one that most will find hard to relate to (or even like very much), but he is human.  The most conflicting scene comes when “The Room” is finally ready to be shown to an audience for the first time, and we’re torn between laughing because the movie is so bad, and crying as a shocked Tommy Wiseau sits in the middle of that audience, caught completely off guard at the reaction his passion project receives. 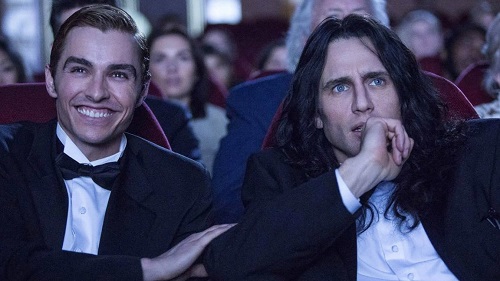 In this moment we are shown a man who did this thing not only because he wanted to do it, but also to be accepted and loved.  The laughter is a sign that people still don’t understand him.  Worse, they may hate him more.  This is probably where “The Disaster Artist” succeeds where “The Room” ultimately failed.  Both movies are about the same character essentially.  In both movies we follow a man who is successful only in his own mind, goes on a journey that he feels is important, only for the journey to end in failure.  Where they differ is that Wiseau meets with a bleak ending in “The Room,” where in “The Disaster Artist” he has triumphed in a very personal way.  That may be the key reason on why one movie is worth watching and the other worth making fun of.  I suppose we’ll have to see which is the movie we’ll be watching more ten years down the line (thus opening up the debate once again on whether or not quality matters for long term success).