While “Suburbicon” may have been the movie that the Coen brothers were officially involved in earlier this year, I have to say that “Three Billboards Outside Ebbing, Missouri” feels more like one of their movies from beginning to end.  It is one of those murder mysteries that involve largely dumb people who find themselves in a frantic mystery where there is no suspect, motive, or evidence, and all who have been affected are trying to make heads and tails of their new realities.  The key difference with director Martin McDonagh though is that he see’s his characters as dumb through their willful ignorance of the situation, life, and the power they either have or merely perceive as having.  Also, while the Coen brothers tend to view their characters as players in a story, McDonagh views his characters as very, very flawed human beings. 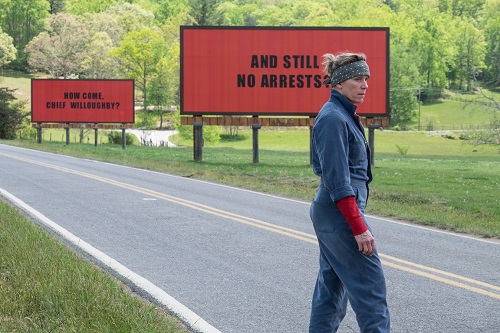 Rarely have a seen a movie where the motivations of the characters never change…yet our perception of them does on the very basis of what they want.  Take, for example, the movies supposed protagonist Mildred Hayes (Francis McDormand), who buys the rights to three billboards asking the local sheriff why there have been no suspects found after her daughter was raped and murdered.  It is a tragedy that everyone can emphasize with, and so we immediately side with her and want to see justice done.  What catches us off guard is when the man she calls out - Sheriff Bill Willoughby (Woody Harrelson) - shows up to her house and explains that there was no evidence to point them anywhere.  There were no leads, no eye witnesses, and the DNA found did not match anyone in the city (or even state).  He would love to have found the killer, but there was nothing more to go on.

Besides, he is dealing with some fatal health problems of his own, and may not live long enough to see the case through to completion.  With this information we see that the sheriff is not a bad or even obtuse man; he simply doesn’t have anything to go on.  That Mildred is asking for sympathy from him while not acknowledging his own struggles is the first sign we’ll see that she is not completely innocent in her methods to get justice.  For that matter, she scorns local police Officer Jason Dixon (Sam Rockwell) as a bigoted racist who spends more time beating up local African Americans than doing any real work.  She isn’t completely wrong in her accusation, but Dixon is not a random red neck hillbilly. There is a deep sense of wanting to do good in the world, but feeling like he doesn’t have the power (or trust from fellow officers) to do much.  His abuse of power comes not out of a dominating spirit, but of a desire to be respected. 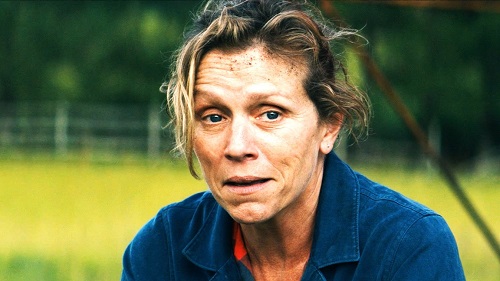 As the movie goes on it is amazing how the same situation morphs and evolves to the point where our initial feelings about everyone drastically changes.  Mildred may be the one who gains our sympathies at first, but her obsession to get revenge at all cost makes us question if this is about finding a killer and lashing out against a world she considers to be unfair and biased.  At one point it dawns on us that this movie isn’t about the murder at all.  Truthfully, there isn’t much more we know about what happened after the fact than we did before the first.  No, this is a movie about people who have demons they must deal with, and may be dealing with them in all the wrong ways.  It is a movie where a situation can evolve in unexpected ways while still being a complete mystery at the end of the day. 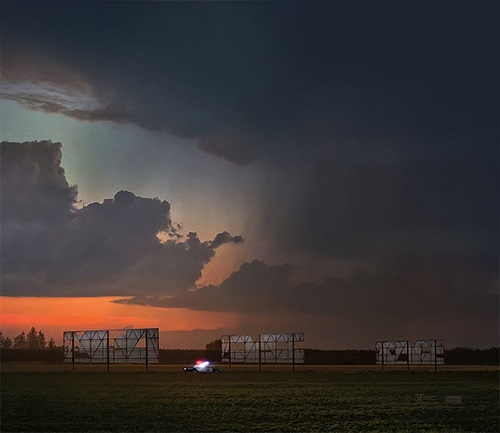 In the end, “Three Billboards Outside of Ebbing, Missouri” is a gripping drama where people deal with depression, the feeling of helplessness, and having to adjust to new ways of life.  The acting is universally excellent with McDormand, Harrelson, and Rockwell all giving the performances of their lives, with a smart screenplay and direction by McDonagh, who with one movie has become an artist I am very much going to be keeping an eye on in the future.  When the movie began I was ready to solve a mystery.  When the movie ended I was thinking about life, how unresolved issues breed anger, how pent up anger can make extremists out of anyone, and how, maybe, we’re all ultimately just looking for a little empathy in the world.