I’m going to admit upfront that I walked away from my viewing of “Alien: Covenant” with very different thoughts and feelings than most people are going to have.  I watched the movie as a Ridley Scott film.  I watched it and thought about its place in the entire ‘Alien’ universe.  I watched it and thought of it as a compromise for an artist wanting to continue the story of “Prometheus” but had to incorporate more of the ‘Alien’ mythology in order to become more profitable.  I am watching the movie and thinking about what has come before, what came during, and what the potential consequences are for a film that has to include marketable material if it is to continue to get the budget it requires for a vision that is growing bigger with each subsequent installment.  I acknowledge many people who are interested in this movie only want to know if it is exciting and if it has a lot of violence. 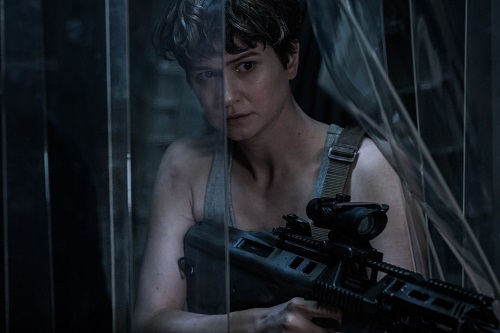 For those people I can safely answer ‘yes’ and you can move on and buy your ticket.  It isn’t action packed like a typical summer blockbuster and is styled more like a horror movie, but there are a few scenes of outright action and at least one where a woman fights an alien on a moving spaceship, so that should suffice for many.  For those who want the full story I am here to tell you that while this has ‘Alien’ in the title it is very much a sequel to “Prometheus.”  I find the marketing to be deceptive but seeing how people walked away from that movie more confused than enlightened, I think the studio insisted Scott make something with a name they could sell. 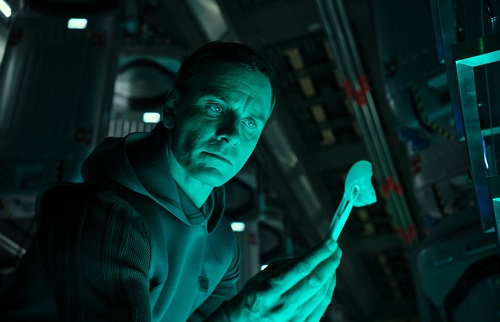 Thankfully for Scott, he positioned “Prometheus” as a pseudo-prequel to “Alien” at the end of that film, so that gave him a way to make the sequel he wanted to make while still giving the studio a marketable movie.  I’ve never given Scott much credit as a businessman (I sort of go back and forth on whether or not he’s even a great director), but this was really sneaky of him.  He even pulls a fast one on the audience, as the crew members of a new mission trip discover a planet that is potentially inhabitable by humans and make a detour to see if their mission can end early.  What they discover is the fallen Prometheus spaceship, a lot of black creatures who are vicious, and an android who loves plants named David (Michael Fassbender).  What stands out about David is that he is an earlier model of the android that is traveling with them named Walter (Fassbender again). 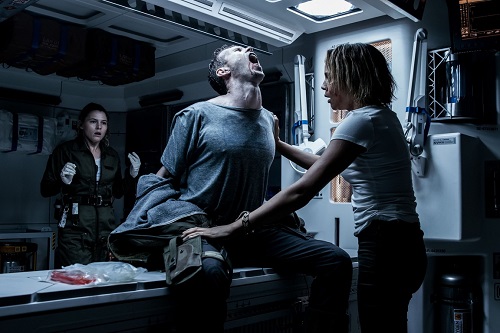 When the two are in the same room it is interesting to see how they were both programmed with the same basic functions and duties in life, but how each of them interpreted that programming differently.  The movie is at its best when these two are discussing what is moral, righteous, and proper in a world that is occupied by a species that seems determined to tear itself apart.  How from David’s perspective the black aliens are the saviors of the universe, while to Walter they are the thing that will destroy the very creatures that can nurture nature back to life.  From an acting perspective, it is a brilliant performance by Fassbender, who acts so similar as both characters yet manages to infuse slightly different personality traits that are not overstated but stand out enough so that we in the audience are always aware of the differences between the two. 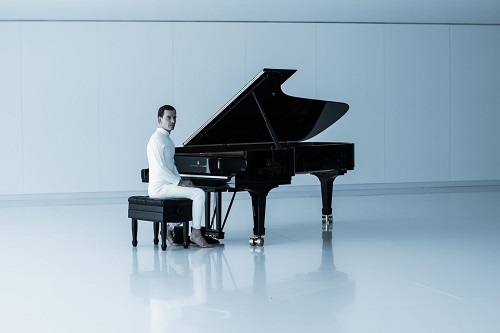 The rest of the humans all have feelings and fears, but like most horror movies they exist to fight the monster until there are one or two left standing.  So, in a way, “Alien: Covenant” is two movies for the price of one.  Fans of the ‘Alien’ franchise are going to get their mix of action and horror in how the humans deal with the creatures that want to kill them.  Meanwhile, Scott gets to make his philosophical sequel to “Prometheus” with the interactions between the androids.  Ultimately, it isn’t a perfect mix, and there is a strong sense that focusing on one style over the other would result in a better movie.  But this is the reality of Hollywood.  They want marketable films.  Scott knew this but wanted to make his vision.  So, he came out with a hybrid film that is likely to please most on a basic level.  Maybe not a deeper one, but enough to recommend.  How this will pay out in the future is still the major question I am pondering, and I’m forced to wait until the next movie comes out to see how Scott plays his cards.