Though I strongly believe that movies are the best medium in which emotions can be expressed freely to people I consider music to be a good second. Unlike movies though, music can be a bit of a mystery for those who don't understand how it works. To those people (and I include myself in that category) they can't tell you what makes a certain sound work, what a combination of instruments can do, or even understand the music terms. What music lacks in understanding on technical levels though it is very expressive when everything comes together. We might not be able to understand it, but we know when it works. I suspect director John Carney is a man who understands both music and film making in a way few people do. 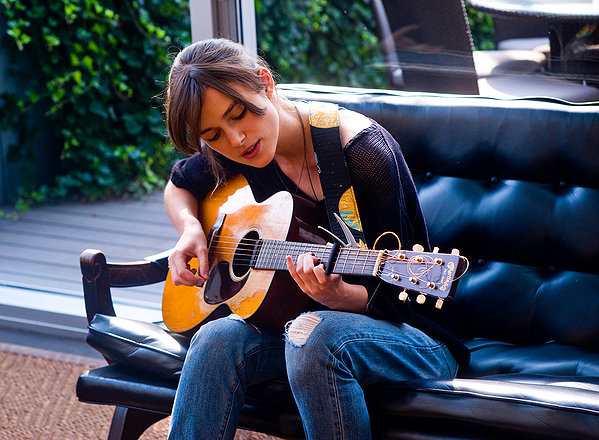 “Begin Again” is the second film in a row he's directed about people who not only write music, but play, produce, and breathe music as well. Early on we hear a song performed by a young woman named Gretta (Kiera Knightley) in a bar. To our ears the song she sings in low key, soft, and doesn't really grab us in a way that makes us believe she will ever be anything more than a street performer at best. The movie then switches to music producer Dan Mulligan (Mark Ruffalo), who is in the bar because earlier that day he was fired from the record company he formed. When he hears the song he looks at the instruments on stage and imagines them playing. All of a sudden this unimpressive song sounds beautiful to us and we don't want it to end. 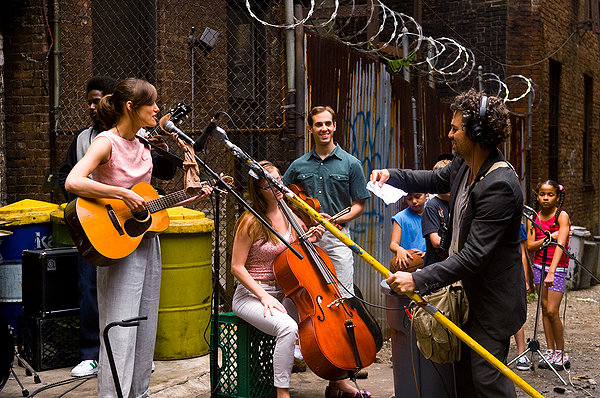 The brilliance of the scene is that we are shown glimpses of how other people understand music, and that these people are not gods but simply people who have a different set of ears. When the acoustic version is played for a friend of Dan's he is not impressed. He says the song is rough and boring. Dan insists on making a recording anyway with him producing the song. He believes that once people hear the song he hears they will instantly fall in love with it. We know where he's coming from having heard that version of the song ourselves, but we understand this man's hesitation because our first impression was equally unimpressive. At this point the film has captured us because it understands music on a deeper level and knows how to get us to understand it on that level as well. 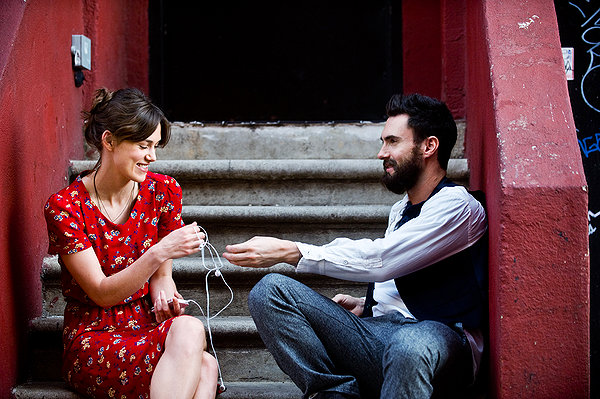 Of course there is a great human story in here as well. Though many may watch the film and expect this to be a romance this is really a story of people learning to love life again through music. Music has that sort of power that makes people want to live, breathe, and enjoy life to the fullest extent. Why do you think church folk make singing a priority every week? Many of the storylines in this film are neither original nor unique, but the process in how we follow these people is a different kind of special. This is why John Carney is a film maker to keep an eye out for: He understands two of the most powerful forms of storytelling and emotion to a great extent and knows how to use them both in perfect harmony. “Begin Again” is a great film for both music lovers and film lovers. People who don't understand either will likely get double the enjoyment from the film.