"Being Elmo: A Puppeteer's Journey" Review


“Being Elmo: A Puppeteer’s Journey” might just be the one movie this year that made me feel the happiest when it was over. I walked out of the theater wanting to hug myself and tell every person I passed by to go see this it. Yes, it’s about Elmo the puppet from “Sesame Street.” Yes, that means it’s about puppeteering. No, these are not good reasons to avoid the movie. A great documentary can make any subject interesting. A great movie can lift your spirits. This movie does both. The film follows Kevin Clash, Elmo’s puppeteer. He is a large African-American with a heart of gold. He claims two things got him into puppeteering. The first was watching “Sesame Street” on TV as a kid and being enchanted by Bert and Ernie. The second was children’s reactions to his work 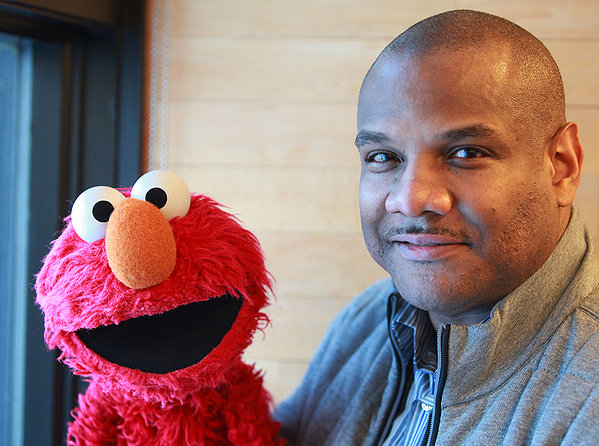 Growing up he knows he wants to work with puppets. So much so that he turns one of his moms coats into a puppet, and doesn’t think about the consequences of such an action until his parents question him about the puppet. Instead of punishment though, they let him off scot free. Though he did ruin a coat, there was a talent there they didn’t want to disrupt. “I could tell my son had a gift,” his mom tells us. “Besides, when he starts making money at this he can buy me another coat.” His mom is one of those moms that you can tell would inspire a son so successfully. I remember when I started writing reviews after watching “Siskel & Ebert” on TV, and my mom was the first to push me to keep writing. So, if none of you like my writing, it's moms fault. Sorry, getting off topic…so Kevin is obviously well loved by his family. His family doesn’t have a lot money, so they can’t afford to bring him to Disney World, but he has nothing but fond memories of his childhood anyway. Through lots of perseverance and patience, he gets local TV jobs puppeteering. Eventually it leads him to working for his idol Jim Henson, and then to Sesame Street, where veteran puppeteer Richard Hunt gives him Elmo. Well, okay, so he more or less throws Elmo on his lap and says “see what you can do with this damn puppet,” but it’s the same thing right? 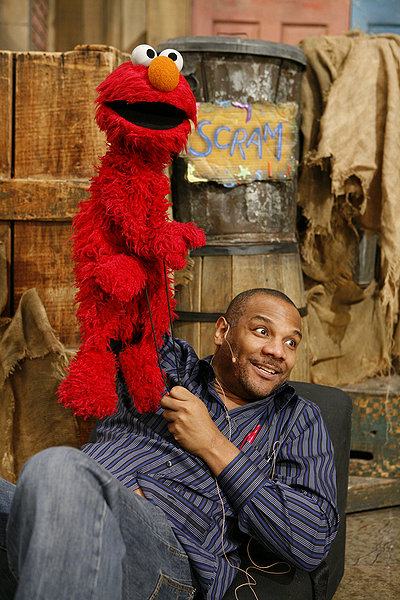 Kevin figures out that Elmo’s trait is that he loves people, gives him a cute voice, and a star is born. No, not Kevin (who has to remain unseen during the show), but Elmo becomes a worldwide sensation. I personally have memories of mothers pulling other mothers hair out to get a Tickle-Me-Elmo toy (and event that is sugar coated in this film). Ah, but the popularity, the show, none of this is really what makes this movie special. No, what makes this movie special is Kevin himself. He is such a nice guy, and so caring, that we can’t help but smile. He shares stories of when he met Jim Henson and slowly became friends with his idol. He tells us about his tearful reaction to getting his first request from a child to meet Elmo (she’s dying, and it’s her dying wish). There are moments when he has regrets. He admits that he wasn’t there for his own daughter that much sometimes, to the point where she sends him an e-mailing asking him to be present for her sixteenth birthday. Still, the movie is careful to portray this as human error more than him being selfish. If making kids as happy as he does makes him selfish, then maybe we should all be a little more selfish. I also have to admit that watching him train new puppeteers on how to use puppets made me smile a bit from personal experience.  I used to be a puppeteer for my church when I was younger, and many of the same techniques I see in this film still hold true today. “Being Elmo: A Puppeteer’s Journey” is an easy film to dismiss because people will mistake it for a Sesame Street documentary or something that will only appeal to little kids. In reality, this is far from the reality, and I believe most adults will also find much to enjoy.

Update:  In the years since the movies release (and the publishing of this review) Kevin Clash has stepped down from performing Elmo after some sexual assault allegations were levied against him.  In Clashes statement, he claimed his innocence, and said he was resigning because he didn't want personal matters to become "a distraction" for Sesame Workshop.  The company seemed genuinely sad to see him go and called it "a sad day for Sesame Street."  Since then Clash has been exonerated and proclaimed innocent in a court of law.  These recent developments are worth noting, but ultimately do not take away from the film, and so the main review and star grade remain unchanged.