"Birdman or (The Unexpected Virtue of Ignorance)" Review


Alejandro González Iñárritu's “Birdman or (The Unexpected Virtue of Ignorance)” may just be the biggest middle finger to the superhero genre and the public's love for costumed vigilantes Hollywood has released to date. We've seen satires, parodies, and even Marvel's own “Guardians of the Galaxy” seemed to find amusement in its own existence as a film. For all their popularity everyone sees superheroes for what they are: Kids movies for adults who never grew up in the first place (sorry, but it's true). They also aren't exactly art (unless Christopher Nolan is directing, in which case you can forgive the silly premises). Yet they make money. They are big. This is where Hollywood spends their money they apparently don't make every year. You can jump on the bandwagon and sacrifice your art for money, or you can choose your art and lose your relevance. 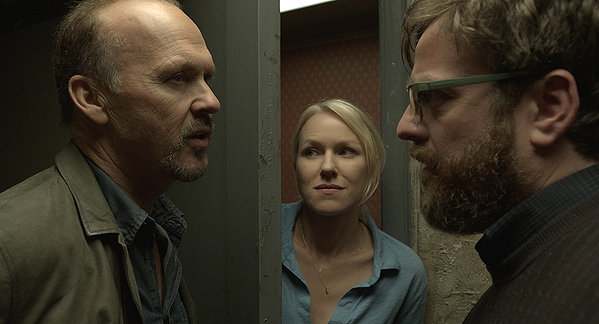 Riggen Thomson (Michael Keaton) is in the latter of these two scenarios. He rose to prominence playing a superhero named Birdman but walked away from doing a forth film because he felt he couldn't be taken seriously if he did this for too long. Now he is sinking his life savings into a Broadway play to prove to everyone that he is a serious actor and a real artist. Yet wherever he goes all people call him is Birdman. Birdman, Birdman, Birdman. He's so famous in the role that he is giving an interview to international journalists about his play, but the only time they come alive is when he mentions that he walked away from “Birdman 4” (to which the interviewers get excited as they think he is going to be donning his suit once more). 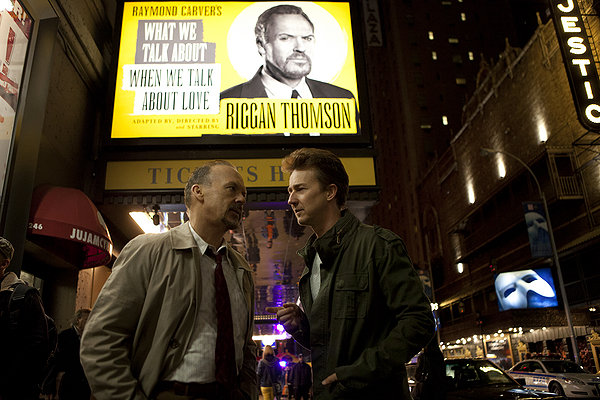 What's more frustrating is that his play isn't being taken seriously until method actor Mike Shiner (Edward Norton) joins the show. He might cause anarchy on the set, but there is no denying he has the talent to help make the show a hit. All throughout the process there is a strong sense of dread. For some of these people it's their first big break. For Riggen personally, it's his last chance to prove that he's somebody once more. Will he be able to do that when he can't even convince the people closest to him that he's worthwhile? That's a question he can't seem to answer for himself. If you have been watching superhero movies you may notice that most of the cast members in this film have been in their own superhero franchises. Edward Norton was the Hulk for one film and Emma Stone was Spider-Man's girlfriend. Michael Keaton himself is the standout as he played Batman for a few years. 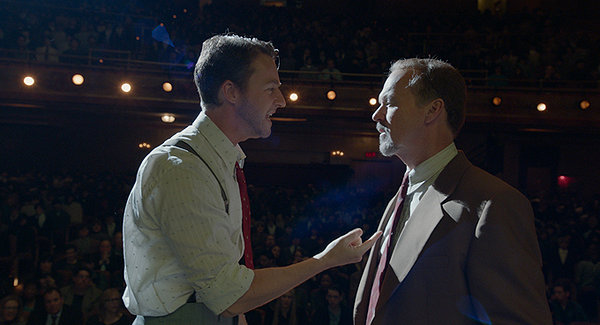 Once he decided to move on from those films to make “real movies” again he found himself unemployable, and his starlight faded fast. He has since retooled his career so that he is an effective supporting actor. With this film he is the lead once more, reviving his career by effectively criticizing what made him world famous in the first place. His performance as Riggen is volatile and high strung. He acts like a person who is on speed while also suffering from bi-polar disorder. He even hears his Birdman character talking to him in his head, and he fights desperately to not let the voice convince him that he's a worthless loser. I suspect that alcoholics and former drug users will find a lot to relate to in these scenes. As someone who has suffered from severe depression and anxiety attacks I can testify that this is how those low points look like in your head. 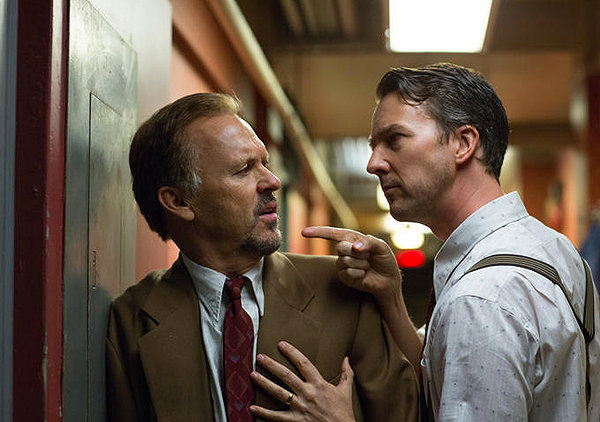 To make the movie all the more tense is the fact that Iñárritu shoots the film to look like it is all one continuous take. I'm sure some editing trickery covers up what must have been multiple takes to make this, yet the result is a film that just feels like it's living in the moment. “Birdman or (The Unexpected Virtue of Ignorance)” is one of the most ambitious films of the year and it makes a strong case that superhero films probably are ruining good art. In fact, if the film didn't tap into the latest craze, I wonder if Iñárritu would have been able to get this (I'm going to say it) “meta” film financed at all. The film exists though, and it's a great one! I think Keaton should just be given the Oscar for Best Actor right now and I hope this leads to other artful films he can star in in the future. Sadly, as “Birdman or (The Unexpected Virtue of Ignorance)” is only all too aware, this is likely the best we're going to see for a good while.