Ever since I saw Darren Aronofsky’s “Requiem for a Dream” I’ve been intrigued by his imagination and directing style. Many directors like to make films about people losing their minds, but few can actually make the audience feel like they actually are. Now he’s made “Black Swan,” a movie similar in tone to his groundbreaking debut, but more mainstream (if that is possible). The movie stars Natalie Portman as Natalie, who is a ballet dancer who wants to headline a show. For the new season the show is going to be “Swan Lake.” An oldie but a goodie. Natalie wants the part of the Swan Queen. 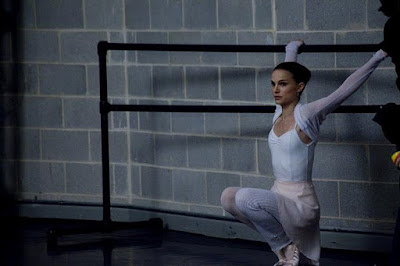 The director knows she can play the good swan but he is concerned about her ability to play the black swan. But you know the saying in show business: Kiss the right ass (and maybe some other parts of the body) and the lead role is up for grabs by anyone. Once she receives the part though she starts having visions of herself being “evil” in the real world. Is this detachment? Is she going made? There is also a girl named Lily (Mila Kunis) who wants to be her friend...but she also wants the lead role herself. She has sex with Natalie...but the next morning claims to have not. 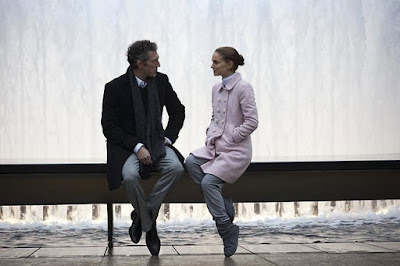 Natalie’s overbearing mother is also present, and Natalie can’t decide if she’s simply concerned for her well-being or jealous because she see’s the life she never had. Or maybe none of this is real. There are certainly enough clues to suggest that either several people are manipulating and lying to Natalie, or that she is simply going crazy. The movie has an answer, but I dare not give it away here. That would be like giving away the answer to a complicated algebra question. We all know the simple answer is 9, but how we get to 9 is unquestionably far more interesting than the actual answer. 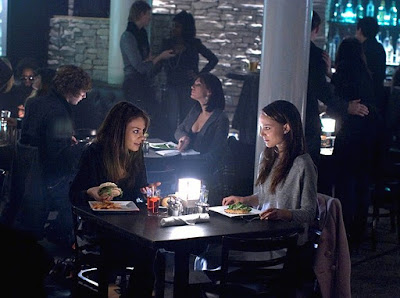 So too is the journey in “Black Swan” over the revelation itself. We all know that the answer to all of this is going to go in one way or the other. There’s little room for an in-between variable. But the journey itself is so twisted and complicated that you may very well lose your mind before the conclusion. It doesn’t help that Aronofsky makes as uncomfortable a journey as any. Yes, it’s worth watching. It’s too fascinating not too. But the smart direction is so intense you could find yourself scratching yourself in anticipation almost as much as our main protagonist does. It’s the sort of movie that isn’t pleasant to watch, but fun to think about. 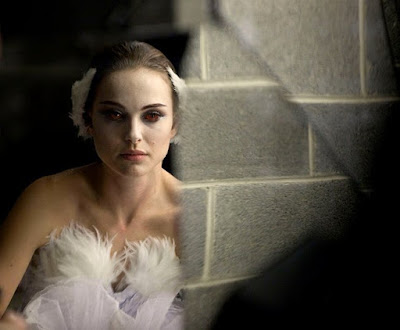 Natalie Portman gives one of her best performances of her career and one of the best performances of the year. Is she wasn’t on the A-list yet, she will be once people see her in this film. Though she steals the show the supporting cast is universally great as well, with each supporting character striking just the right tone to keep the mystery a mystery. It’s almost a shame that Portman stands out so much because there is first rate work all around here, and it’s disappointing to think that none of these supporting characters will stand out because they all flow together so effortlessly. Though uncomfortable at times, “Black Swan” is one of those thrillers you have to see to believe. Then be prepared for it to stick with you forever.