I remember being a kid and my dad taking me to Marine World Africa USA for the first time. While the outside looked like a theme park the place was really a just an animal park that housed a variety of animals. I don't remember much of what we saw that day but I do remember the killer whale and dolphin show. It was the first time I'd seen these animals and I was instantly captivated by them. Their size, their sounds, and the amazing tricks they'd do. I remember thinking what a great job it would be to train those animals. After watching “Blackfish” I still think it would be a cool job, though I feel the job should be a little safer than it is. 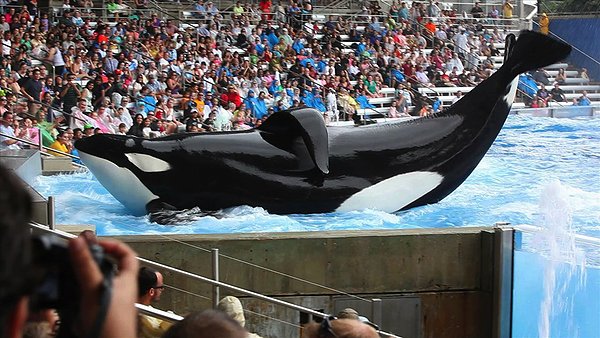 Though there are many tourist attractions around the world the film focuses on SeaWorld and a particular Orca named Tilikum, who was captured in the wild when he was just a couple years old and moved to SeaWorld San Diego to be trained as a performing whale. Obviously being raised in captivity meant Tilikum was very familiar with the business and was very easy to work with. All the animal trainers loved working with him. What they weren't told was that Tilikum had a history of violent behavior in the past, which led to the death of two animal trainers. These incidents were easily swept under the rug, but when he killed another trainer in 2010 the genie was let out of the bottle. 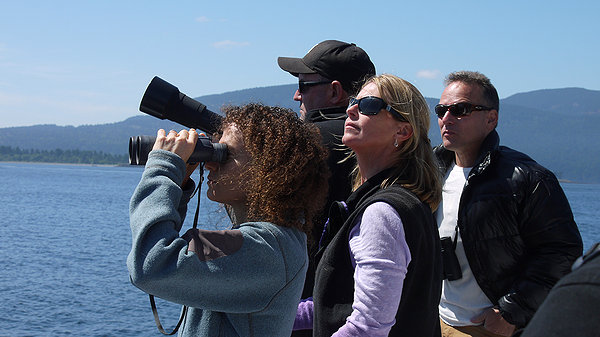 The trainer was Dawn Brancheau, who was known as one of the best trainers at SeaWorld, who was killed during a show with Tilikum. SeaWorld obviously had a lot invested in Tilikum and tried to spin the story that it was her fault she drowned. Because she had a ponytail. Even though she always worked with that ponytail. Oh, and videos of the event turned up all over YouTube proving that she was grabbed by her arm. This where everyone else found out that Tilikum actually killed two other trainers with similar aggression. Instead of doing the right thing and retiring Tilikum from performing, SeaWorld covered the stories up, blamed it on the trainers, and simply moved him to the SeaWorld in Florida. 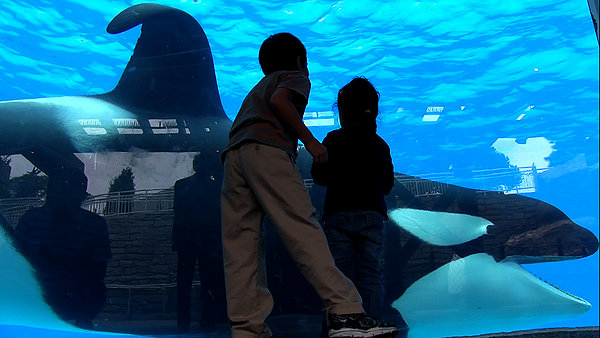 Even more disturbing is the fact that they didn't tell any of the new trainers about Tilikums history of violence. Granted, SeaWorld doesn't seem to be too concerned about how well people are trained to handle these wild animals, they just interview someone and give them the job. No special college or degree in animal studies to make sure they know what to do in the event something does go wrong. They just randomly pick someone as if they were picking a ride operator at Disneyland. The other big fish in the tank (ho ho) is that Tilikums sperm is worth lots of money, and he's been used to bread most of SeaWorld's killer whales. 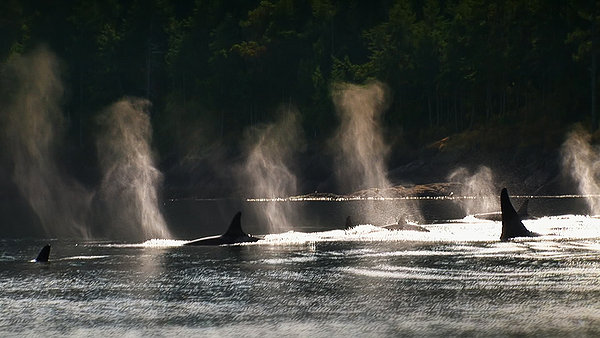 The tragedy of this is that Orca's swim with family of herds in the wild, never leaving their parents. When SeaWorld orders one of the baby Orca's to be moved to another park away from his mother after mere weeks, the sadness that can be heard in the mothers screams is heartbreaking. Some people will probably walk away from this film thinking that film makers want to put an end to animals for entertainment. I don't get the sense that they would be OPPOSED to that per se, but that they really just want SeaWorld to take better care of their animals! I think this is a fair and valid concern for them to have. 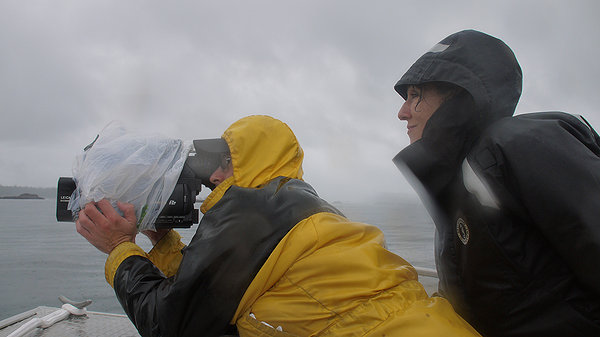 The reality is that deaths by Orca's are very rare. Only around five deaths have been documented in the last forty years. This does not suggest these are inherently dangerous animals, and there are certain jobs out there that also have a fair amount of risk to them (I have a friend who likes to rock climb for example). What “Blackfish” argues most of all is for SeaWorld to require rigorous training for their animal trainers, spend some money to build bigger tanks they can swim around in all day and night, and not to separate the kids from the mothers once they are born into captivity. Oh, and maybe taking some responsibility for what's happened will obviously go a long way as well.